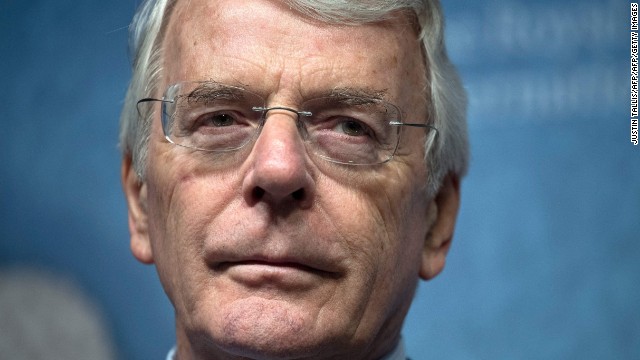 During Major’s career in the British government, he was the foreign secretary and chancellor of the exchequer, a British Cabinet-level position, during Bush’s presidency.

Major worked with Bush during his tenure. His official biography even mentions his partnership with the former president:

“Following Margaret Thatcher, John Major became Prime Minister and attempted to make peace between both party and country in the wake of a divisive decade. He took a leading role, alongside US President George HW Bush, in the first Gulf War, and survived an IRA mortar attack on Number 10 during a Cabinet meeting.”

This week, for the first time in nearly 12 years, America will lay a former president to rest.

George H.W. Bush will lie in state in the Capitol Rotunda from Monday evening until Wednesday morning. Then there will be a memorial service at Washington National Cathedral.

Bush spoke at the most recent presidential memorial there — a service for Gerald Ford in January 2007. 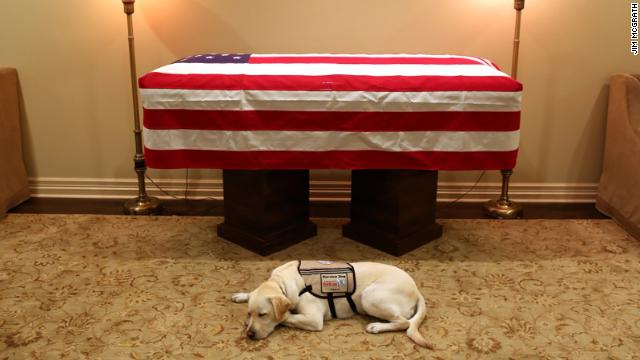 Sully H.W. Bush, a yellow Labrador service dog who worked with the late former President George H.W. Bush, is traveling with Bush's casket on his flight to Washington, DC, according to a source familiar with the plans.

Jim McGrath, Bush's spokesman, posted an image of Sully next to Bush's casket on Sunday along with the caption, "Mission complete." (Check out the photo above.)

So what happens to Sully after that? A highly trained service dog, Sully will go back into service to help other veterans and is going to Walter Reed National Military Medical Center, former President George W. Bush wrote in an Instagram post.

"As much as our family is going to miss this dog, we're comforted to know he'll bring the same joy to his new home, Walter Reed, that he brought to 41," Bush wrote.

Here's the moment it went wheels up:

President Trump and first lady Melania Trump will pay their respects to former President George H.W. Bush at the US Capitol “sometime this evening," a White House official tells CNN.

Bush is currently on his way to Washington DC, and there will be a 4:45 p.m. arrival ceremony ET at the US Capitol. Bush will lie in state in the rotunda until Wednesday morning. The public can pay their respects to the 41st president from 7:30 p.m. ET Monday to 8:45 a.m. ET Wednesday.

A Republican official tells CNN that congressional authorities intend to keep the public viewing in the Rotunda open all night in order to allow the crowds to pay their respects. 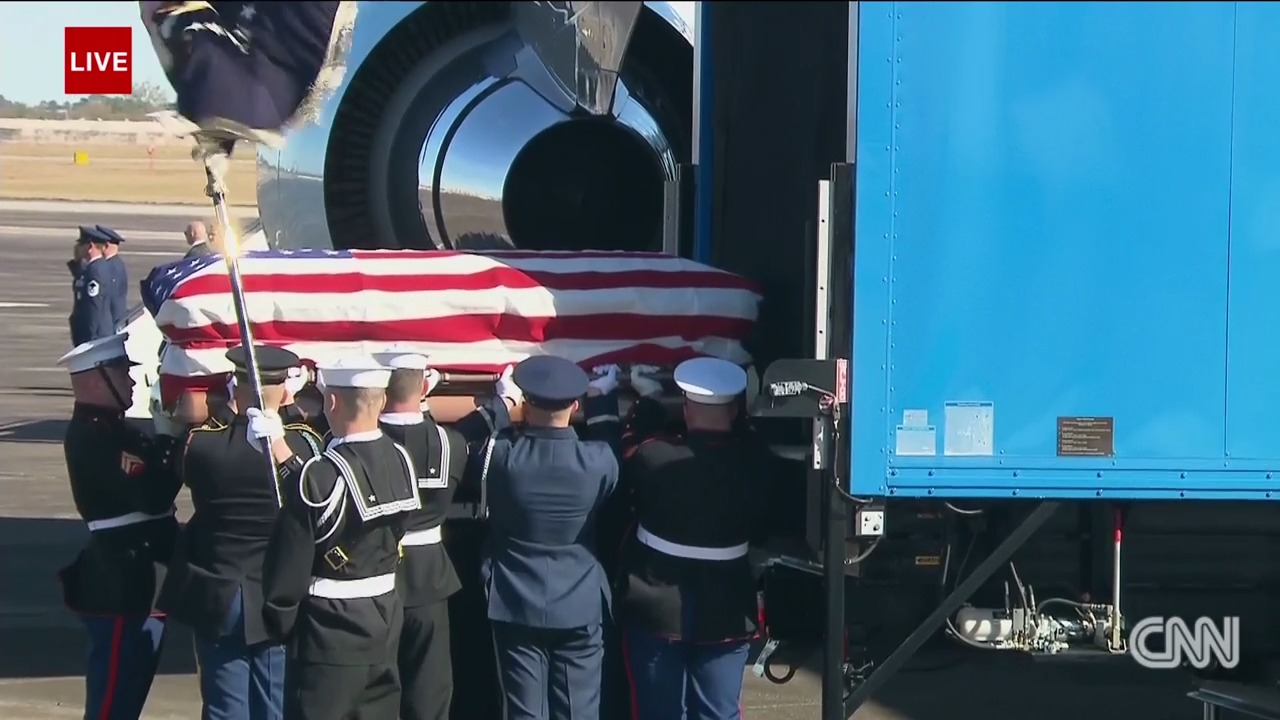 In a somber ceremony at Houston's Ellington Field, Bush's casket was loaded onto a presidential plane, which will soon head to Washington, DC.

The aircraft, which you would recognize as "Air Force One" if a current president was on board, is being called "Special Air Mission 41" for the day.

Several members of the Bush family, including former President George W. Bush, were on hand at the field for the ceremony. They boarded the aircraft and will now travel to meet other family members, including Jeb Bush, in DC.

Watch part of the ceremony:

President Trump just tweeted that he's "looking forward to being with the Bush Family" this week.

Trump is expected to pay a condolence call to the Bush family on Tuesday, according to sources familiar with the planning of former President George H.W. Bush's funeral arrangements. He's also expected to attend the the state funeral on Wednesday at the National Cathedral.

However, Trump will not be speaking at the funeral.

In past state events like this, a president is invited to speak but, the Bush family has another president in the family — Bush's son, George W. Bush — who will fill that role. Those plans were all put into place before Trump was elected.

Jeb Bush and his wife, Columba, arrived in Washington this morning to join the family in celebrating the life of former President George H.W. Bush.

The Bushes, who were sitting in the first row of coach on a crowded American Airlines flight from Miami this morning, received private words of condolence from the pilot and several passengers.

CNN caught up with him quickly as he walked through the airport. He said it was going to be a tough week and he looked forward to it being over. He said condolences coming in from around the world were heartening.

Asked about his call on Saturday with President Trump, he said it was a brief, but pleasant conversation.

“It was gracious of him to call,” Bush said of Trump, his former rival.

The Bushes will join other family at Joint Base Andrews for the afternoon arrival of the presidential aircraft carrying the casket, being called “Special Air Mission 41.”

Along the way, a few bystanders were seen darting across traffic to get a final look.