Trump went on to describe the new immigration selection system he hopes to see implemented, which would include a new points-based system. He said migrants will be required to learn English and pass a civics exam.

He added: "Priority will also be given to higher wage workers, ensuring we never undercut American labor. To protect benefits from American citizens, immigrants must be financially self-sufficient. Finally, to promote integration, assimilation and national unity, future immigrants will be required to learn English and to pass a civics exam prior to admission."

President Trump says his bill will "humanely reunite unaccompanied children with their families back home" while filtering out what he called "frivolous" claims of asylum in the US.

"If you have a proper claim, you will quickly be admitted. If you don't, you will promptly be returned home," he said of his newly unveiled immigration proposal.

In his remarks, Trump praised a separate measure being proposed by Republican Sen. Lindsey Graham that would, in part, change the current asylum process in an attempt to stem the flow of migrants arriving at the southern border.

President Trump says a newly unveiled immigration plan would "transform America's immigration system into the pride of our nation and the envy of the modern world."

"Our proposal builds upon our nation's rich history of immigration, while strengthening the bonds of citizenship that bind us together as a national family," he said during a Rose Garden unveiling ceremony.

Trump boasted his measure was not drafted by politicians, but instead utilized input from law enforcement professionals to make the US southern border "100% operationally secure."

President Trump says an immigration plan he is unveiling Thursday provides a "clear contrast" with other proposals he's deemed unsatisfactory.

"Democrats are proposing open borders, lower wages, and frankly lawless chaos," he said in the Rose Garden. "We are proposing an immigration plan that puts the jobs, wages and safety of American workers first."

"Our proposal is pro-American, pro-immigrant and pro-worker," Trump said. 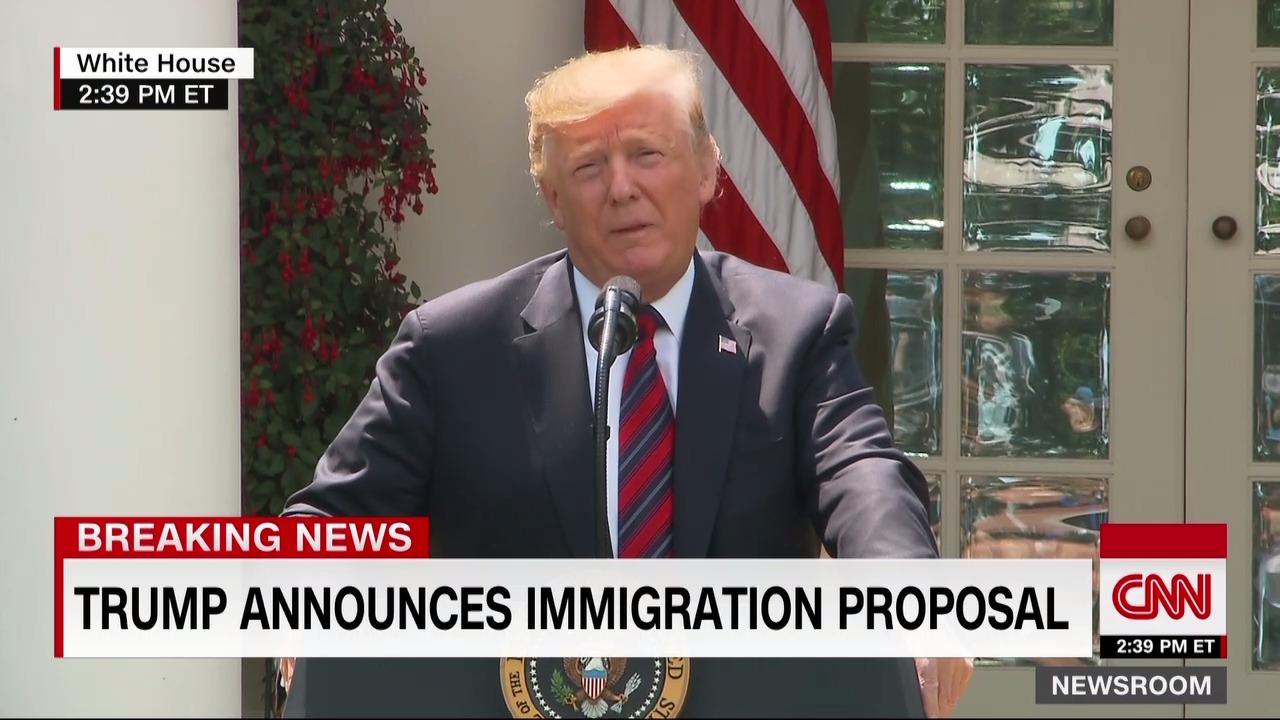 President Trump, speaking from the Rose Garden today, laid out his new immigration plan, which he said includes two goals: securing the border and establishing a new legal immigration system.

Here's how Trump explained his plan:

"Our plan achieves two critical goals. First, it stops illegal immigration and fully secures the border and second it establishes a new legal immigration system that protects American wages, promotes American values, and attracts the best and brightest from all around the world. The proposal begins with the most complete and effective border security package ever assembled by our country or any other country for that matter."

"We're here on this very beautiful spring day in the Rose Garden to unveil our plan to create a fair, modern and lawful system of immigration for the United States," the President said. "And it is about time."

Watch it live in the video player above.

Even within the GOP, immigration is a divisive issue. And if Republicans were to reach a consensus, they'd still have to earn support among Democrats, who control the House of Representatives.

White House senior adviser Jared Kushner briefed Senate Republicans on the plan Tuesday. After the meeting, some participants said they were "underwhelmed" by his proposal.

One of the officials acknowledged that the White House proposal would be a "much heavier lift" than Sen. Lindsey Graham's proposal to change the asylum process — and not all Republicans have bought into the plan.

Ahead of today's immigration announcement, there are divisions inside President Trump's team about how big to go on the issue, according to a senior GOP source familiar with internal and external White House discussions.

Though influential players like Stephen Miller want to focus mostly on border issues, some, such as Jared Kushner, say they are willing to go bigger than what will be proposed today — such as including DACA — in order to get a deal.

They are being reminded by GOP allies that they will be run into familiar issues, such as: 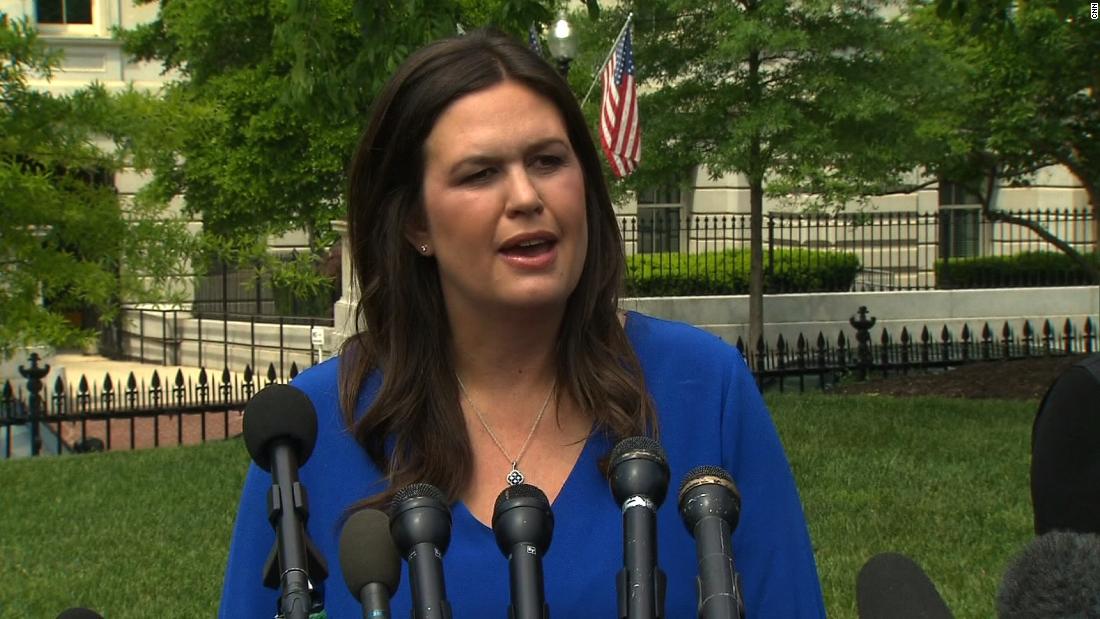 She said the issue creates division and it was purposely left out.

Here's how she put it:

“Every single time that we have put forward or anyone else has put forward any type of immigration plan and it’s included DACA, it’s failed. It’s a divisive thing. Certainly something to discuss and look at and address, but this plan is focused on a different part of fixing the immigration system, and we’d like people to not reject it before they even sit down and really learn about it. That’s one of the things that divides people very quickly and was left out on purpose for that reason,” she said.