Our live coverage on the impeachment probe has ended. Catch up on the latest in the posts below.

President Trump recognized Energy Secretary Rick Perry, a Texas native, during his Dallas rally tonight, telling the crowd that Perry would be leaving at the end of the year.

Trump speculated that Perry will return home to Texas, offering praise for his Energy Secretary.

"Whatever he does, he’s going to be successful. He spent three years with us and I want to thank you, Rick, what a job he's done," he said.

Mulvaney said this took place during a May meeting at the White House that was attended by Perry, Gordon Sondland, the US ambassador to the European Union, and Kurt Volker, the former special envoy to Ukraine. Mulvaney said the administration was “very interested in trying to get Ukraine as an energy partner,” and said that is why Perry was involved. 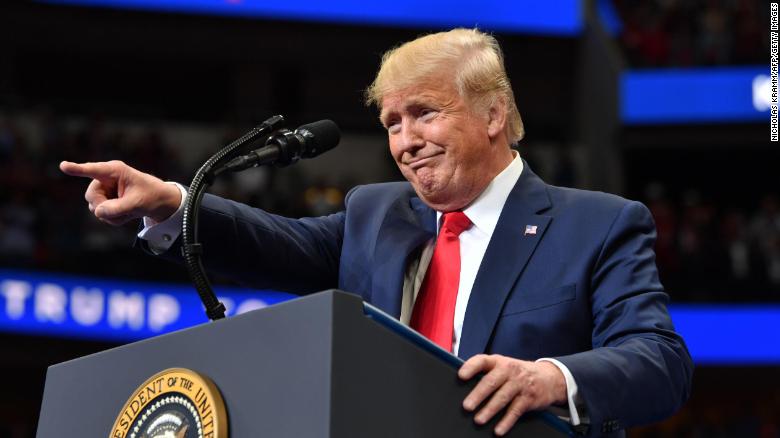 The President told his supporters that what Democrats were “really doing” with the impeachment inquiry was targeting the Republican party, “and what they’re really, really doing is they’re coming after you,” he said, “and we never lose.”

Trump also took aim at the way the investigation is being handled, saying that Nancy Pelosi hands subpoenas out, “like it’s cookies.”

At one point, Trump briefly went after the intelligence community's Inspector General during his speech.

"Who is the IG? Who did this? All they had to do is look at the tape, what they wrote down… compare that to the whistleblower's account and you see it had nothing to do with it," Trump said.

The inspector general found the whistleblower's complaint to be both "urgent" and "credible." 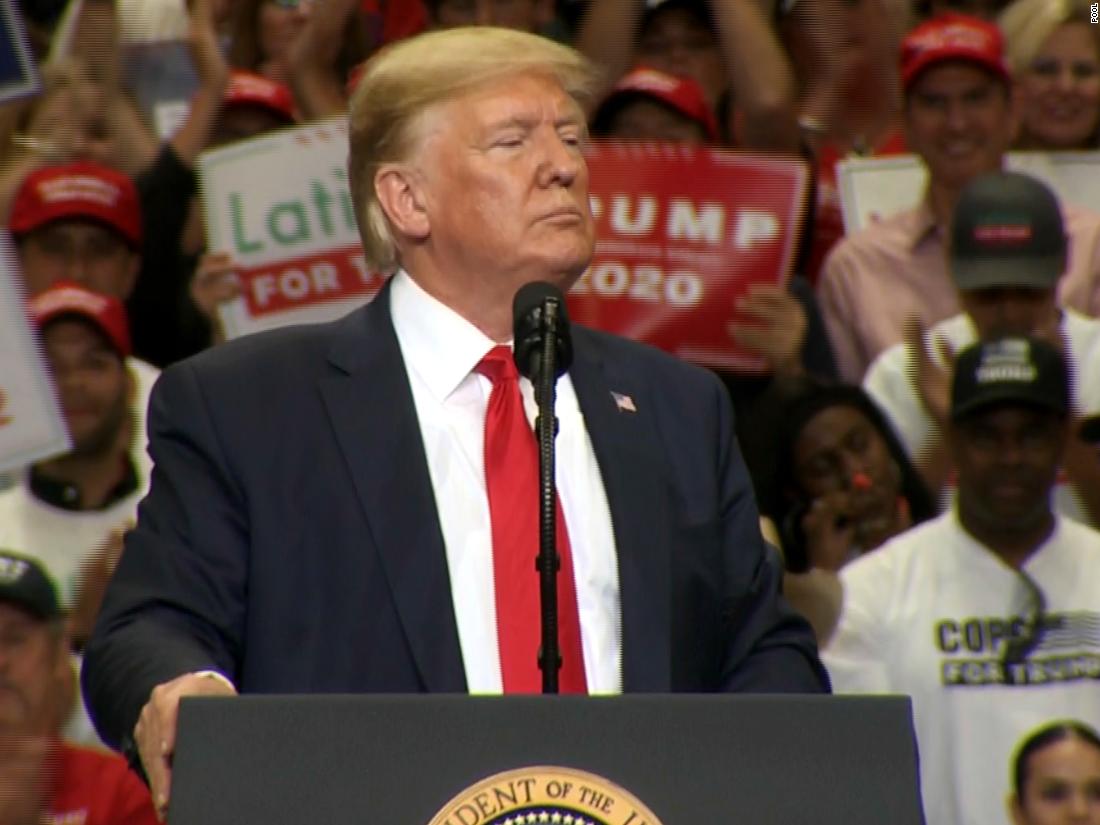 President Trump delivered one of his most aggressive attacks on the whistleblower during a rally in Dallas tonight.

For at least the 22nd time in the last two-and-a-half weeks, Trump has falsely said "the whistleblower got it all wrong."

The whistleblower was highly accurate. As CNN has repeatedly explained, the whistleblower's three main allegations about Trump's July phone call with Ukrainian President Volodymyr Zelensky—including that Trump tried to get Zelensky to investigate the Bidens—were all accurate.

"The more America achieves the more hateful and enraged these crazy Democrats become. They're crazy, they are crazy. At stake in this fight is the survival of American democracy itself, don’t kid yourself that’s what they want. They are destroying this country," he said.

Trump continued, "I really don’t believe anymore that they love our country," prompting a chant of "four more years" from the crowd. He later said Democrats "want to destroy America as we know it."

Trump then went on to target House Speaker Nancy Pelosi, who he called "crazy" three times, as well as Rep. Adam Schiff.

Trump suggested he wants to see Schiff testify himself.

"I want to get him before Congress and I want to see what he has to say. They say he has immunity. Why would you have immunity from outright fraud?" Trump questioned.

The President compared the 2020 presidential election to a tree: "It's like the roots of a tree, you plant a baby tree, it’s gotta catch," he said, promising "more tax cuts."

Energy Secretary Rick Perry announced tonight in a newly released video that he is resigning effective later this year.

“I’m announcing my resignation effective later this year,” he said, without giving a more specific date.

The video was posted on Youtube and addresses the Energy Department staff.

“I thank President Trump for giving me the opportunity of a lifetime, I am so glad that I said ‘yes,'" Perry said.

Mulvaney said this took place during a May meeting at the White House that was attended by Perry, Gordon Sondland, the US ambassador to the European Union, and Kurt Volker, the former special envoy to Ukraine. Mulvaney said the administration was “very interested in trying to get Ukraine as an energy partner,” and said that is why Perry was involved.

A source close to President Trump said he was not pleased with acting chief of staff Mick Mulvaney’s press briefing today and his acknowledgement of a quid pro quo.

“He was not happy,” the source said.

A separate White House official blamed much of Trump’s anger on the press saying the president believes the media “intentionally misinterpreted” Mulvaney’s comments.

White House lawyers and press staff prepped Mulvaney before his press briefing today, which Trump knew and approved of, according to two White House officials, but the focus of the prep session was on questions Mulvaney would face about the selection of Trump National Doral in Florida as the site for the 2020 G7, not impeachment.

White House aides spent only a short time prepping Mulvaney on impeachment questions and did not expect he would go as far as he did in describing the freeze of aid to Ukraine.

Trump approved of Mulvaney briefing reporters on the Doral site selection and understood that Mulvaney would also take questions on Ukraine.

No sooner had the briefing ended than attorneys—both in the White House counsel's office and on the President's legal team—privately expressed concerns about Mulvaney's performance.

Those concerns led to the White House's release of a statement from Mulvaney attempting to backtrack on his confirmation of a quid pro quo involving security aid to Ukraine.

Asked about US Ambassador to the European Union Gordon Sondland's concerns with the role Rudy Giuliani played in setting US policy in Ukraine, Rep. Jim Jordan defended the President’s decision, and Republicans argued that the full picture was being obscured because the testimony was behind closed doors.

“The President is allowed to have whoever he thinks is going to be serve the interests of the country doing work for him,” Jordan told reporters following Sondland's deposition.

Jordan and congressional Republicans went on to say there was no quid pro quo with the Ukrainian aid.

Jordan said Sondland "was very clear” with his text message.

About the text message: Sondland's text message was sent to the top US diplomat in Ukraine, Bill Taylor, who raised concerns in a text to Sondland about the US withholding nearly $400 million of US military and security aid.

"As I said on the phone, I think it's crazy to withhold security assistance for help with a political campaign," Taylor writes to Sondland on September 9, prompting Sondland to respond that Taylor was incorrect and that "the President has been crystal clear no quid pro quo's of any kind."

Saying he was concerned the Ukrainians could perceive a connection, Sondland told lawmakers that he responded to Taylor after he called the President directly to ask about the Ukraine aid.

Sondland told House investigators today that his text message was only based on his conversation with Trump, according to a source with knowledge of his testimony.

After 10 hours behind closed doors, US Ambassador to the European Union Gordon Sondland is done testifying on the Hill, lawmakers told CNN.

In his opening statement, Sondland testified that he wasn’t aware until “much later” that Giuliani's agenda might have included an effort to investigate the Bidens, despite Giuliani talking about his efforts publicly in the spring.