Protests at the US Capitol on Monday led to some arrests as demonstrators gathered to oppose embattled Supreme Court nominee Brett Kavanaugh's confirmation to the high court.

The demonstrators sought to put pressure on Sen. Susan Collins, a potential swing vote, by showing up at her Dirksen Senate office. An aide from Collins' office came out into the hallway at one point to listen to the protestors.

The protestors implored the senator to take a stand sooner rather than later, saying: "Collins needs to make a decision now when it matters and stand up for us."

Another protestor indicated that she was still holding out hope that Collins would be a "no" vote on Kavanaugh's nomination, saying, "We believe that Senator Collins can be a hero."

Capitol Hill police worked to make sure that people had room to move throughout the hallways, and later arrests began to take place outside of Collins' office to protestors occupying the hallway.

With the Brett Kavanaugh story changing by the hour, there are growing concerns among some Senate Republicans on the Judiciary Committee about the fate of the Supreme Court nominee, according to a senior GOP aide.

The aide said “it can’t just be about winning.”

Here's exactly what the aide said:

"There are certainly concerns about the situation, Republicans recognize that they can't be glib about what's going on. It can't just be about winning because getting Judge Kavanaugh on the bench with a cloud like this would be deeply damaging to the institution, even if Republicans have serious concerns about politics and motives behind the scenes. So they'll work on the verifying as much as they can even as the landscape seems to change by the hour.” 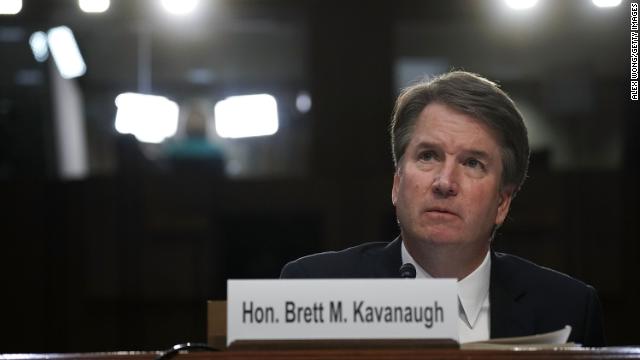 Senate GOP leadership has hardened its resolve to move forward with Brett Kavanaugh's nomination in the wake of the New Yorker reporting last night, per multiple GOP officials and aides.

While Republican aides acknowledge Christine Blasey Ford’s sexual assault allegations and the looming hearing on them have left Kavanaugh’s nomination in limbo, the newest allegations “have made people more angry then worried,” one senior official told CNN.

The official pointed to strong statements from Sens. Tom Cotton and Lindsey Graham this morning, and said it’s Senate Majority Leader Mitch McConnell will reiterate his support for the nomination this afternoon.

The statements echo what has become a drumbeat of public and private messages from outside conservative and grassroots groups to push forward amid the allegations.

What to watch now: The key to everything remains the vote count — and that means leaders are closely watching Sens. Susan Collins and Lisa Murkowski, as well as Sen. Jeff Flake, a member of the Judiciary Committee, to see what their reactions will be in the wake of the latest allegation, the officials and aides said.

Graham, a key Trump ally in the Senate and Judiciary Committee member, called for the nomination process to move forward with a hearing and a vote "soon thereafter."

When it comes to stopping President Donald Trump and his agenda, there seem to be no boundaries.
Whether it’s coaching witnesses or reporting thinly-sourced stories without proper verification, everything is fair game and falls into the category of "The Ends Justify the Means."
What we are witnessing is the total collapse of the traditional confirmation process for a Supreme Court nominee. It is being replaced by a game of delay, deception, and wholesale character assassination.
Clearly when it comes to President Trump, elections – in the eyes of Democrats – have no consequences.
In my view, the process needs to move forward with a hearing Thursday, and vote in committee soon thereafter.

U.S. Senator Chris Coons, a Democratic member of the Senate Judiciary Committee, released a statement after the second allegation against Judge Kavanaugh calling for a "professional, impartial, federal investigation."

These new allegations are deeply concerning and reinforce the need for the FBI to investigate claims against Judge Kavanaugh. Everyone - the accusers, Judge Kavanaugh, and the American people - would benefit from a professional, impartial, federal investigation. I agree with Ranking Member Feinstein’s call for an immediate postponement of this week’s hearing and investigations into these claims.

They're outside the office of Sen. Susan Collins, who is considered a key senator who could make or break Kavanaugh's conformation.

The protests come just after a second accuser against Kavanaugh came forward. Last night, the New Yorker reported that Deborah Ramirez, 53, attended Yale with Kavanaugh and said she remembers Kavanaugh exposing himself to her at a dorm party. 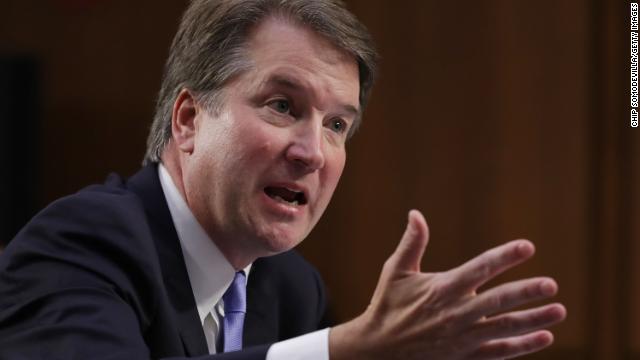 Ronan Farrow and Jane Mayer of The New Yorker reported last night that Deborah Ramirez, 53, attended Yale with Kavanaugh and said she remembers Kavanaugh exposing himself to her at a dormitory party.

Both Kavanaugh and the White House denied the allegation. Here are the statements they released just after the story broke:

“This alleged event from 35 years ago did not happen. The people who knew me then know that this did not happen, and have said so. This is a smear, plain and simple. I look forward to testifying on Thursday about the truth, and defending my good name--and the reputation for character and integrity I have spent a lifetime building--against these last-minute allegations.”

“This 35-year-old, uncorroborated claim is the latest in a coordinated smear campaign by the Democrats designed to tear down a good man. This claim is denied by all who were said to be present and is wholly inconsistent with what many women and men who knew Judge Kavanaugh at the time in college say. The White House stands firmly behind Judge Kavanaugh.” 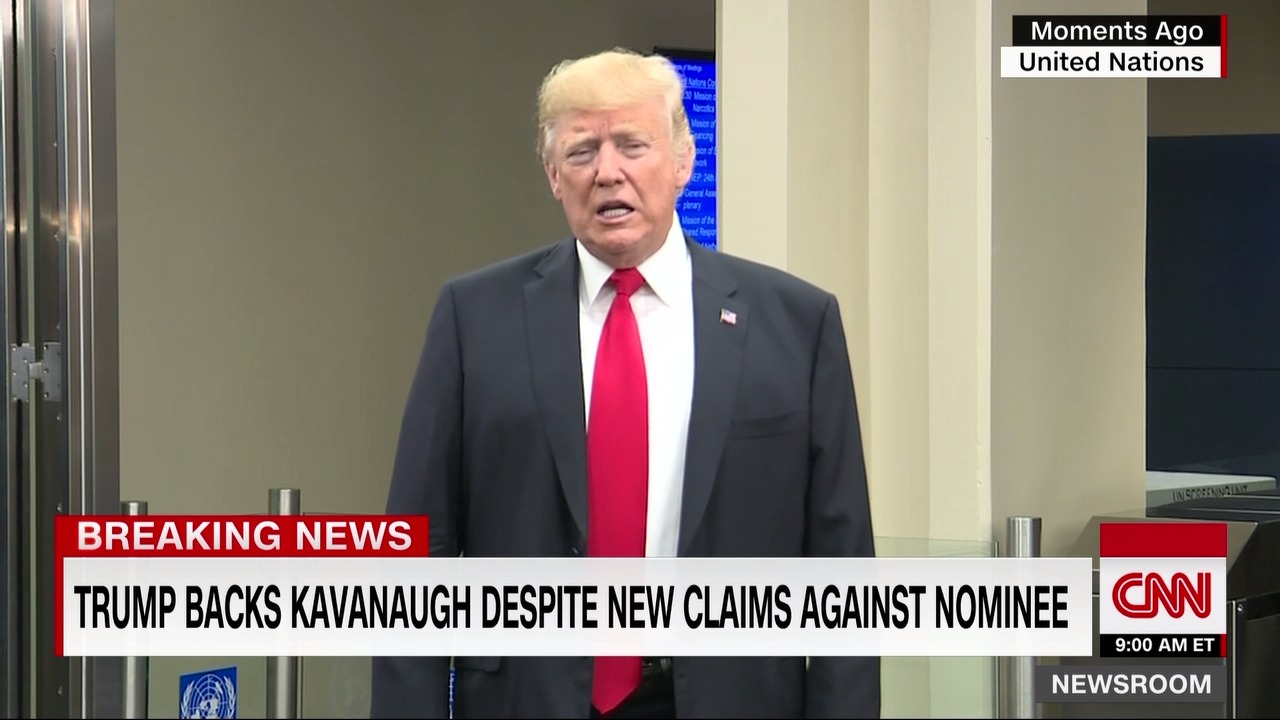 President Trump is in New York for the United Nations General Assembly. On the sidelines, he defended his Supreme Court nominee Brett Kavanaugh, who faces two sexual misconduct allegations.

"He's a fair man with an unblemished past," Trump said. "Judge Kavanaugh is an outstanding person, and I am with him all the way."

He called the allegations against Kavanaugh "highly unsubstantiated."

"There's a chance that this could be one of the single most unfair, unjust things to happen to a candidate for anything," Trump said. 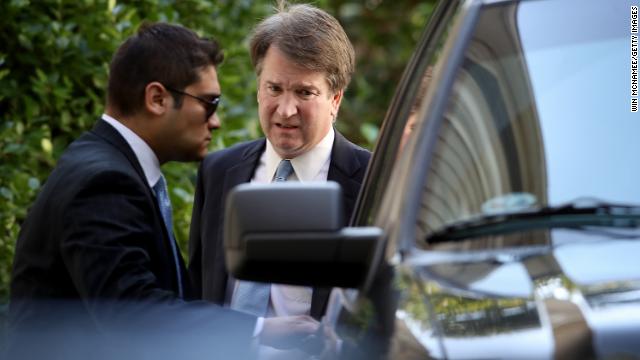 Just as arrangements were finally locked in for a Senate hearing on Thursday with his Supreme Court nominee Brett Kavanaugh's first accuser, Christine Blasey Ford, a second accuser came forward.