Our live coverage has ended. Go here, or scroll down to read the highlights from Mark Zuckerberg's testimony before Congress. 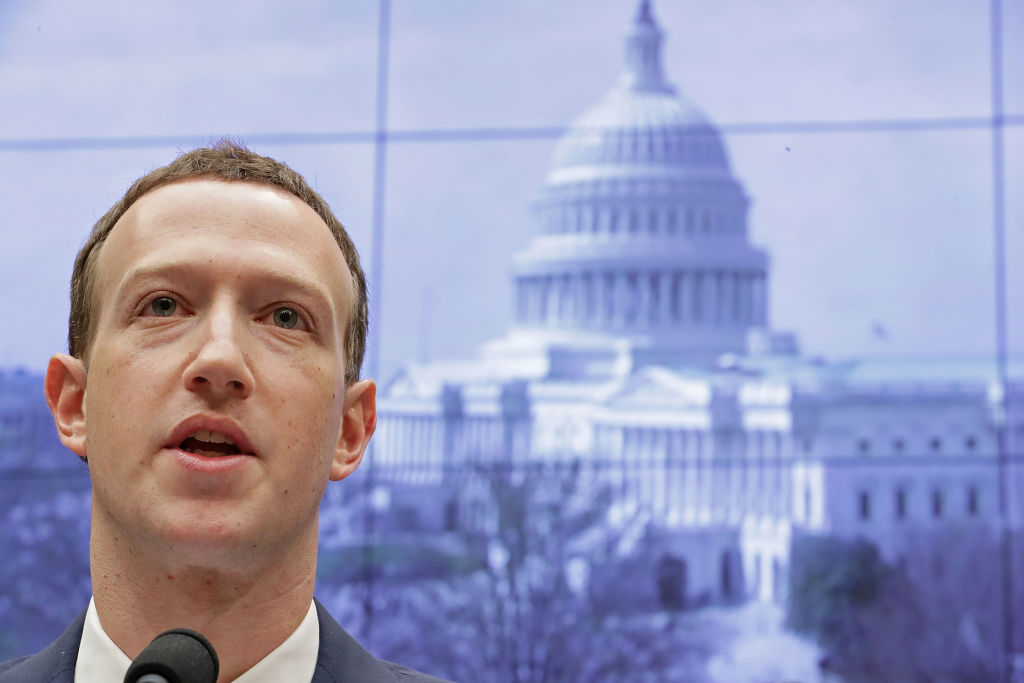 He testified before the House Energy and Commerce Committee for nearly five hours. It was his second and final hearing this week in the wake of the Cambridge Analytica data scandal, bringing the once press shy CEO’s total time testifying on Capitol Hill to about ten hours.

During the testimony, lawmakers pressed Zuckerberg on drugs sales on Facebook, the Cambridge Analytica scandal, censoring conservative voices and self-regulation.

But he faltered somewhat Wednesday when pressed by Rep. Frank Pallone, a Democrat from New Jersey, for a “yes” or “no” answer on whether Facebook would commit to changing its default settings to minimize data collection “to the greatest extent possible.”

“This is a complex issue that deserves more than a one word answer,” Zuckerberg said. Pallone called the response “disappointing.”

Rep. Kathy Castor pressed Zuckerberg hard on whether and how Facebook tracks users after they are off the platform.

Rep. Ben Luján got Zuckerberg to admit that Facebook goes so far as to collect data from some people who have not signed up for the social network “for security purposes.”

Multiple legislators also raised the prospect that Facebook’s data policies with third-party apps violated a 2011 agreement with the Federal Trade Commission after a prior privacy complaint. If so, Facebook could be subject to hefty fines. The FTC confirmed last month that it’s investigating Facebook.

— He thinks his industry probably needs to be regulated.

— Zuckerberg says an "enforcement error" is to blame for conservative sisters "Diamond and Silk" being told their Facebook content was "unsafe."

Other news that happened during the hearing:

— The acting CEO of Cambridge Analytica, the data firm at the center of the Facebook privacy scandal, stepped down.

— Facebook shares dipped slightly during Zuckerberg's testimony after rising the day before. 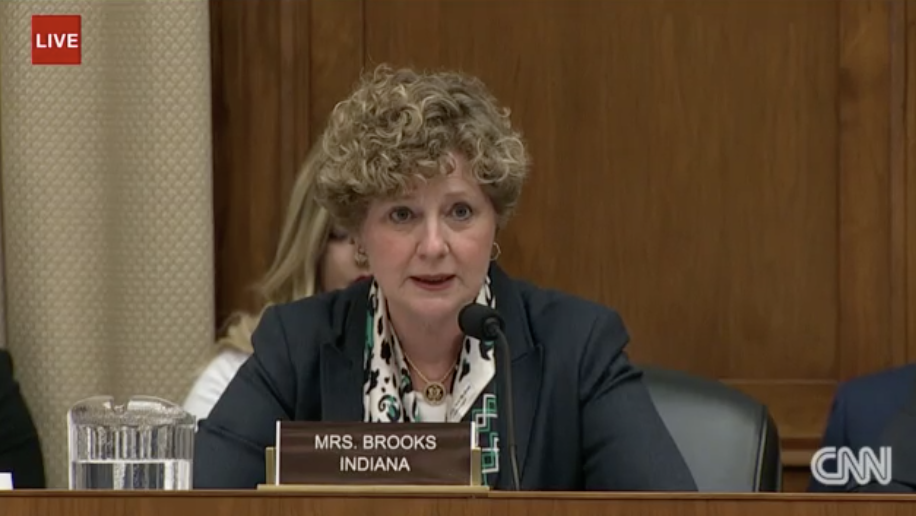 The team is comprised of 200 people, who he said are just focused on counterterrorism. Zuckerberg said content reviewers also go over flagged information.

"I think we have capacity in 30 languages that we are working on and in addition to that, we have a number of AI tools that we are developing like the one's that I mentioned that can proactively go flag the content," he said in response to a question from Rep. Susan Brooks of Indiana.

She asked Zuckerberg how the team stops terrorist groups from recruiting and communicating.

He said the team first identifies those groups' patterns of communicating. They then design systems that proactively flag the messaging, so those accounts could be removed.

The company outlined its counterterrorism approach in 2017 in a blog post, where it said that the team included "academic experts on counterterrorism, former prosecutors, former law enforcement agents and analysts, and engineers."

On Monday, the social media giant began rolling out a "see how you're affected" tool at the top of News Feeds to inform users if they're among the tens of millions of people who had their data improperly harvested by Cambridge Analytica. Click here to try the tool yourself.

Congressman Billy Long, a Missouri Republican, asked Mark Zuckerberg about the "Hot-Or-Not"-style website he built while in college that allowed users to rank the attractiveness of females.

"What was FaceMash and is it still up and running?" Long asked Zuckerberg, prompting the CEO to flash a slight smile.

"FaceMash was a prank website that I launched in college, in my dorm room, before I started Facebook," Zuckerberg said, adding that FaceMash had "nothing to do with Facebook," despite that it was created around the same time.

No. If an account was deleted, Facebook cannot verify whether that data was accessed by Cambridge Analytica, according to the social network.

"America is in the midst of one of the worst epidemics that it's ever experienced with this drug epidemic. It's all across this country but you’re platform is still being used to circumvent the law and allow people to buy highly addictive drugs without a prescription. With all due respect, Facebook is actually enabling an illegal activity and in so doing, you are hurting people."

McKinley asked, "When are you going to take down these posts?"

Zuckerberg responded that it was near-impossible to find these posts amongst the billion other pieces of content posted to the platform, but he was focused on building "AI tools" that could help stop them from propagating.

A quick search done by CNN last week turned up plenty of Instagram accounts filled with pictures of various pills.

They typically list contact details -- email addresses, phone numbers, and usernames for chat apps and encrypted messenger services like Kik and Wickr -- to connect off of Instagram. Put two and two together, and these are likely drug dealers, illicit online pharmacies, or scammers.

Later, Instagram, which is owned by Facebook, quietly took some action to crack down on drug-related posts. A search for #Oxycontin on the app on Friday morning turned up zero posts.

In a statement, an Instagram spokesperson told CNN its community guidelines "make it clear that buying or selling prescription drugs isn't allowed on Instagram, and we have zero tolerance when it comes to content that puts the safety of our community at risk."

The acting CEO of Cambridge Analytica, the data firm at the center of the Facebook privacy scandal, has stepped down.

Here's the statement the company just sent out:

"The Board has announced today that Dr Alexander Tayler has stepped down as acting CEO of Cambridge Analytica and will resume his former position as Chief Data Officer in order to focus on the various technical investigations and inquiries. We would like to thank Dr Tayler for his service in what has been a challenging time for the company."

Mirroring an exchange from yesterday's Senate hearing, Rep. Jan Schakowsky read a list of apologies from Mark Zuckerberg over the years, and told him, “It seems to me from this history... that self-regulation simply does not work.”