Mueller speaks about the Russia investigation 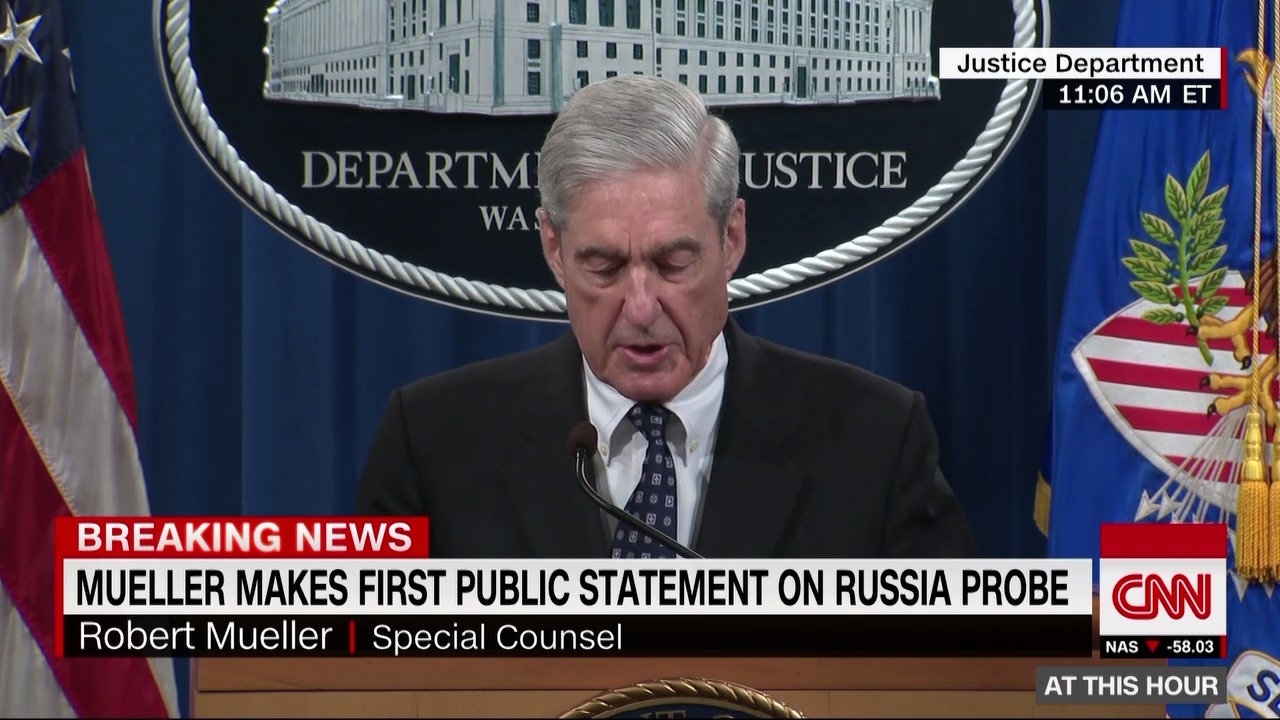 Mueller reiterated the finding in his report, saying if his office "had confidence that the President clearly did not commit a crime, we would have said so."

"We did not, however, make a determination as to whether the President did commit a crime," he said.

Mueller then explained, citing Department of Justice policy, that a President "cannot be charged with a federal crime while he is in office. That is unconstitutional."

"Even if the charge is kept under seal and hidden from public view, that, too, is prohibited," Mueller said. The special counsel's office is part of the Department of Justice, he said, and is therefore bound by its policies.

"Charging the President with a crime was therefore not an option we could consider," he said. 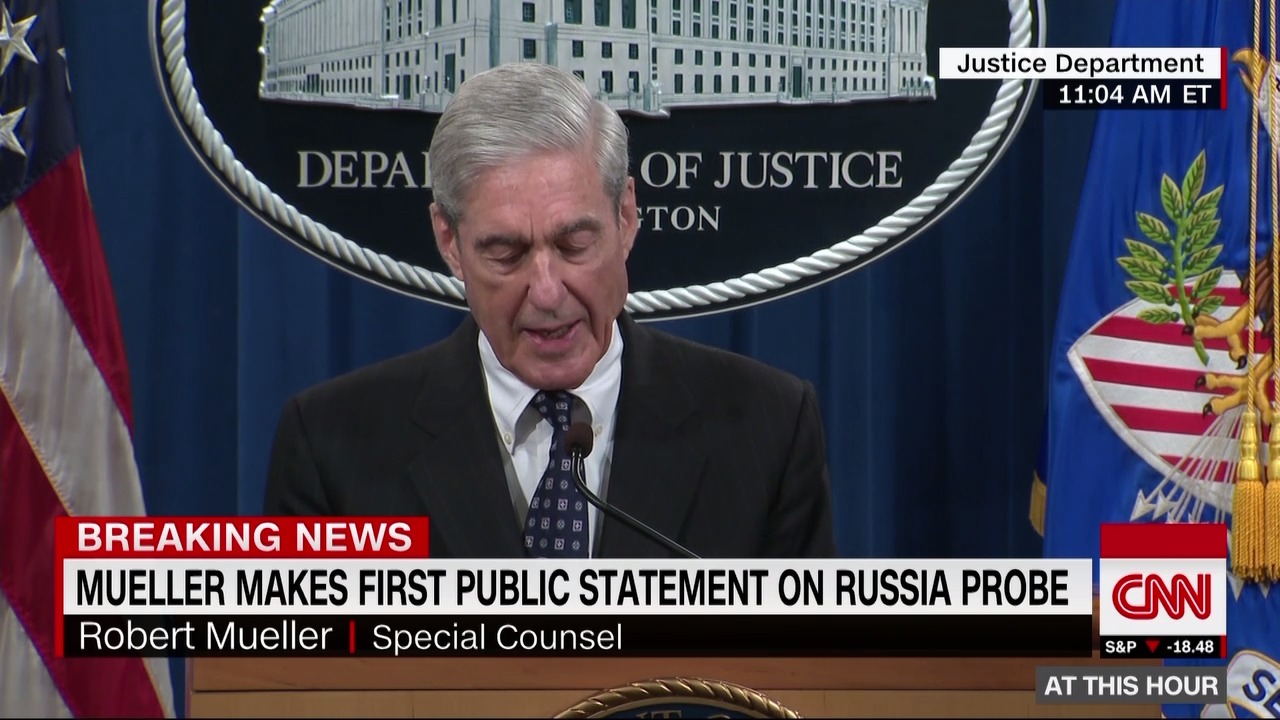 Special Counsel Robert Mueller said intelligence officers with the Russian military "launched a concerted attack on our political system" in an attempt to "interfere with our election and to damage a presidential candidate."

He's speaking about his 22-month long investigation into Russian interference in the 2016 presidential election.

"As alleged by the grand jury in an indictment, Russian intelligence officers who are part of the Russian military launched a concerted attack on our political system. The indictment alleges that they used sophisticated cyber techniques to hack into computers and networks used by the Clinton campaign. They stole private information and then released that information through fake online identities and through the organization Wikileaks. The releases were designed and timed to interfere with our election and to damage a presidential candidate." 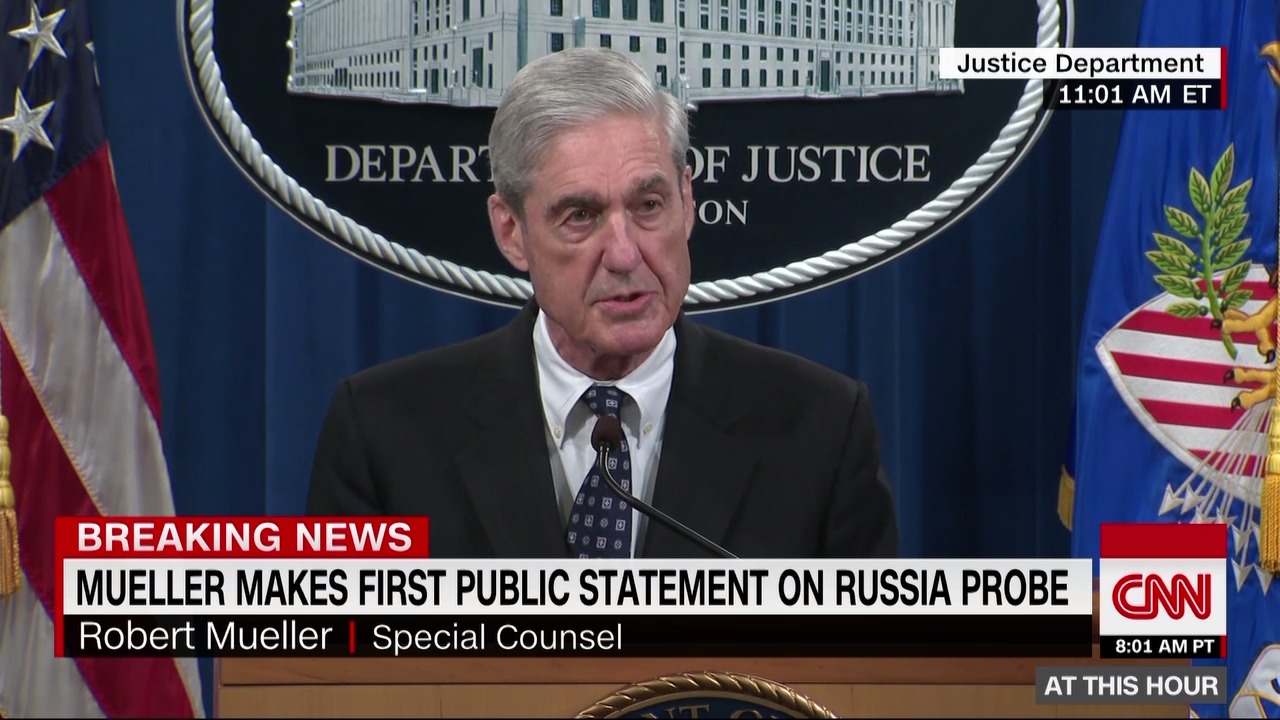 Special counsel Robert Mueller opened his remarks this morning by announcing that he was formally closing the office and resigning his post at the Department of Justice.

He announced he was "formally closing the special counsel's office and, as well, I'm resigning from the department of justice to return to private life."

He added that he written work "speaks for itself." 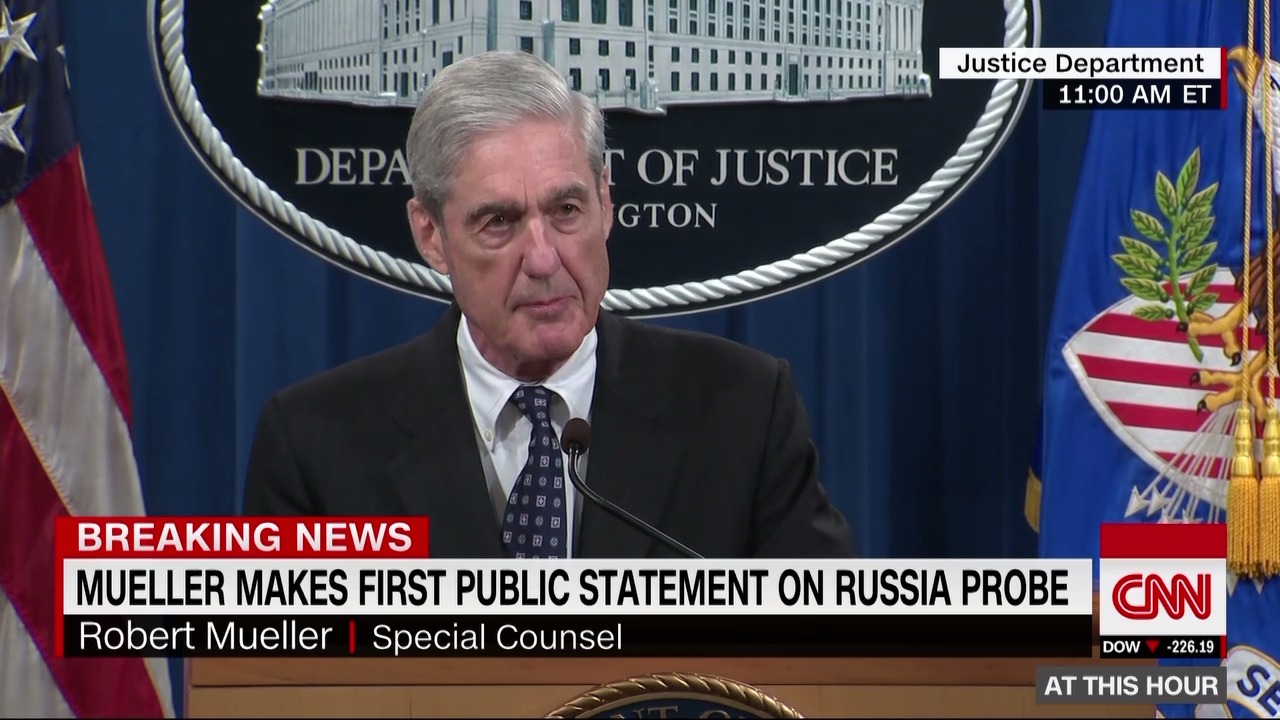 Special counsel Robert Mueller just took the lectern at the Department of Justice. He's giving a statement about his 22-month investigation into Russian interference in the 2016 US presidential election.

You can watch Mueller's statement in the video player at the top of this page. (Refresh the page if you don't see it.) 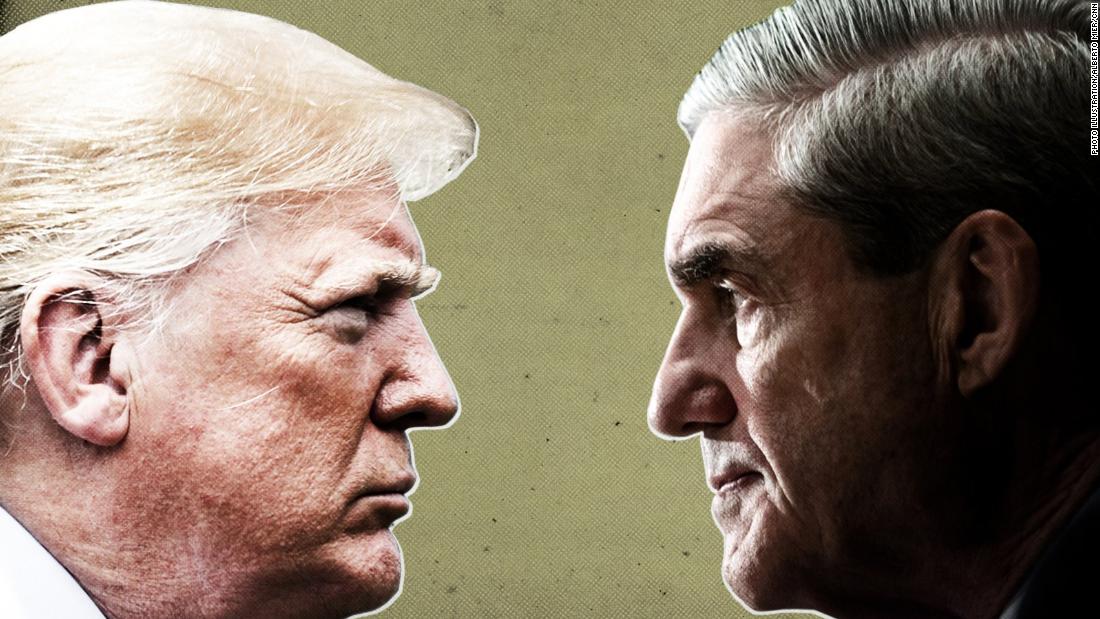 President Trump is in the residence at the White House this morning and will be watching Robert Mueller’s remarks from there, an official tells CNN.

The President's mood: The official described Trump’s mood as calm and unchanged, saying there is nothing Mueller can say that would change Trump’s mind from his belief of “no collusion, no obstruction and witch hunt.”

It’s unclear if Trump will speak today — or tweet. The official saying that’s up to him. 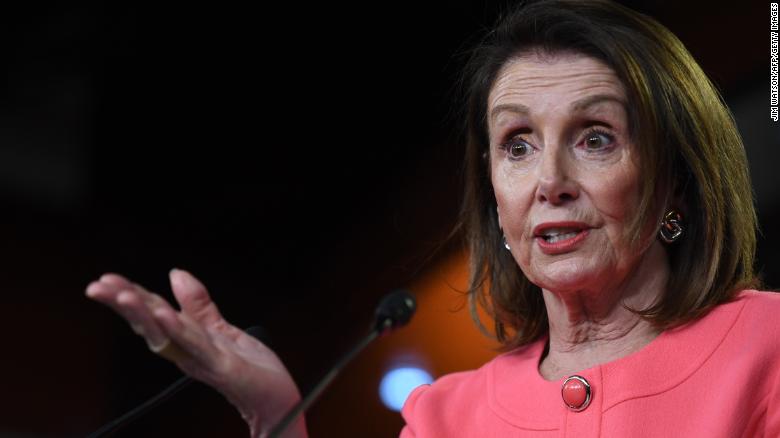 Speaker of the House Nancy Pelosi’s office was not given a heads-up about Special Counsel Robert Mueller's statement today, according to a Democratic aide. 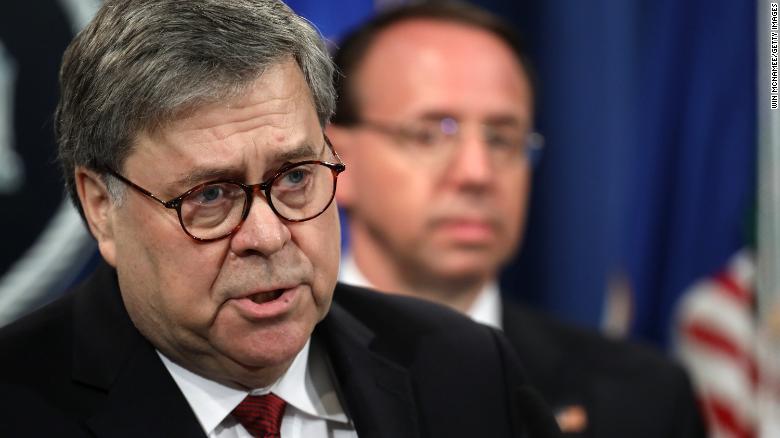 Attorney General William Barr was not only given a heads up these 11 a.m. ET remarks were happening, but the attorney general was briefed on the contents of the statement, too.

The bottom line: He knows what Mueller is planning to say, according to a source familiar with the plans.

When asked if Barr requested that Mueller do this, the source said unequivocally: "No."

The committee has been in talks with Mueller about testifying. As CNN has previously reported, Mueller has been hesitant to testify publicly.

A source familiar confirmed to CNN that Special Counsel Robert Mueller's statement will be "substantial," but declined to provide details of the substance.