Robert Mueller was spotted leaving church this morning with his wife Ann in Washington, DC.

The White House is seen in the background of the photos.

Barr announced in a letter to lawmakers on Friday that Mueller had submitted his report, and the newly minted attorney general said at the time he "may be in a position" to speak with lawmakers about "the special counsel's principal conclusions as soon as this weekend."

As of Sunday morning, lawmakers on both sides of the aisle continued to await the release by the Department of Justice on special counsel Robert Mueller's findings. 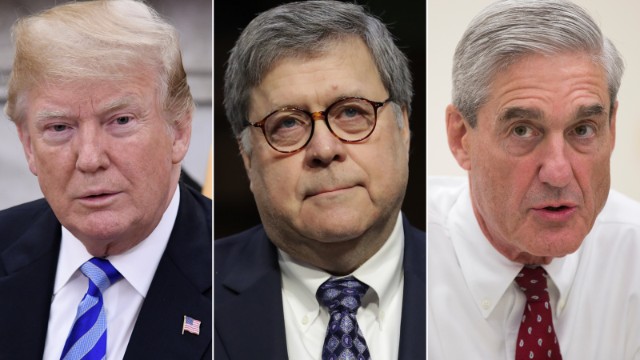 The White House has not received or been briefed on the Mueller report as of Sunday morning, a senior administration official tells CNN.

President Donald Trump and the aides who traveled with him to Palm Beach, Florida, are still in wait-and-see mode like the rest of Washington.

Over the weekend, Trump has voiced uncertainty over what Attorney General William Barr will do next, according to the people familiar with his reaction.

Two sources close to President Donald Trump told CNN Saturday that he's happy special counsel Robert Mueller’s investigation is over, adding that there is now a wait-and-see approach for what may come next.

One source said "no one is panicking," which was evidenced by the President casually going out to golf at Mar-a-Lago Saturday. The source added that "we're letting it play out," and said there is no war room set up right now in anticipation of the findings of Mueller’s investigation, unlike the Clinton White House after former independent counsel Ken Starr finished his investigation

Another official said it wasn't a mistake White House lawyers Emmet Flood and Pat Cipillone are in Florida with Trump this weekend and that it could very well be that they are cautioning the President to lay low until they have a better understanding of what is in the report.

Attorney General William Barr and Deputy Attorney General Rod Rosenstein are working together reviewing and analyzing special counsel Robert Mueller’s confidential report this weekend along with a select few advisers, according to a Justice Department official familiar with the process.

The official told CNN that Barr and Rosenstein are still at the Justice Department at this hour, and the “principal conclusions” that Barr promised lawmakers will be derived from the special counsel’s report.

The official said Barr has conveyed to his team that he still wants to get the conclusions to the Hill this weekend, though CNN reported that it's not happening today.

The official also said the expectation continues to be that the document sent to Congress with the conclusions will be made public. 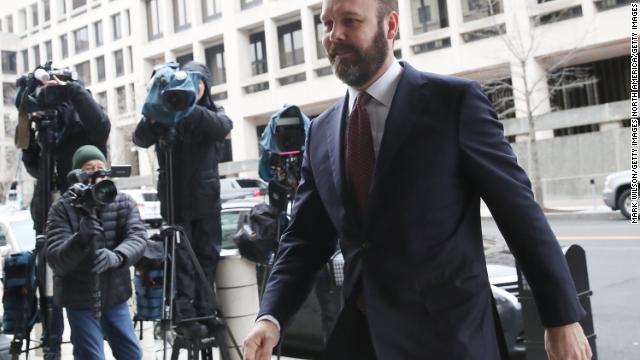 Gates continues to cooperate with prosecutors in several investigations and his sentencing before Jackson has been put off for more than a year since he pleaded guilty to two charges.

On Friday, Mueller handed his report on Russian interference in the 2016 election over to the Justice Department. His office is not recommending any new indictments.

Two other pending court cases that Mueller’s team alone had handled -- the criminal prosecution of former national security adviser Michael Flynn and the pursuit of grand jury testimony from Andrew Miller, who is an associate of Roger Stone -- do not yet have hand-off plans finalized.

The DC US Attorney’s Office is already involved in several of the other ongoing criminal cases brought by Mueller, including against Roger Stone, the accused Russian “troll farm” backer Concord Management and Consulting and a fight for subpoenaed documents from an unnamed foreign-owned company.

Jessie Liu, the current DC US Attorney, is President Donald Trump’s pick to be the associate attorney general, the No. 3 position at the DOJ.

In a letter to lawmakers yesterday, Barr wrote that he may be in a position to share them “this weekend.”