French President Emmanuel Macron, sitting alongside President Trump in London, said he stands by his comments about NATO – describing it as a “burden we share.”

Macron a few weeks ago described NATO as being “brain dead” – comments Trump described earlier Tuesday as “nasty” and “insulting.”

“I know that my statements created some reaction,” Macron said in English. “I do stand by [them].”

President Trump claimed that NATO countries are contributing more financially because of him.

"What I'm liking about NATO is that a lot of countries have stepped up. I think, really, at my behest," he said at a news conference speaking alongside French President Emmanuel Macron. He added that France is "close to the level."

Remember: Last week, the Trump administration moved to substantially cut its own contribution to NATO's collective budget according to several US and NATO officials.

When asked about European fighters in the Middle East, French President Emmanuel Macron said they only represent a small percentage of ISIS fighters on the ground.

He added that NATO's "number one priority is to get rid of ISIS."

Trump, sitting beside Macron, then told reporters: "This is why he's a great politician, because that's one of the greatest non-answers I've ever heard."

Earlier, Macron said NATO doesn't "have the same definition of terrorism around the table."

"Turkey is fighting against those who fought with us," he added in reference to its offensive earlier this year against Syrian Kurds who fought ISIS alongside US allies.

President Trump and French President Emmanuel Macron are taking reporters' questions at a news briefing in London. We'll be covering it live here.

To an outsider, the differences between a "summit" and a "meeting" might appear negligible. In the context of a NATO gathering, wording has a huge effect.

NATO is not calling this week's leaders' meeting, a "summit," in order to avoid putting out a communique at the end, which President Trump may not sign, a NATO source has told CNN.

Given the difficulty of getting Trump to agree to the language of a communique and sometimes with him not signing at all, such as the G7 in 2018, the alliance made the decision to just avoid one altogether.

Or at least, that's the wording they're opting for now. Back in May, when the gathering was announced, NATO put out a press release calling it a "summit."

US President Donald Trump, the self-proclaimed "Tariff Man," is back in action — injecting fresh volatility into markets just as stocks had notched a string of record highs.

What's happening: Trump told reporters in London that the signing of a US-China trade deal is entirely at his discretion, and indicated that an agreement may not come until 2020 — or later. "I have no deadline," he said. "In some ways I think it's better to wait for after the election, if you want to know the truth."

US stock futures turned negative after Trump's comments, and yield on the benchmark 10-year US Treasury bond plunged. The VIX, a measure of market volatility, shot up more than 6%. 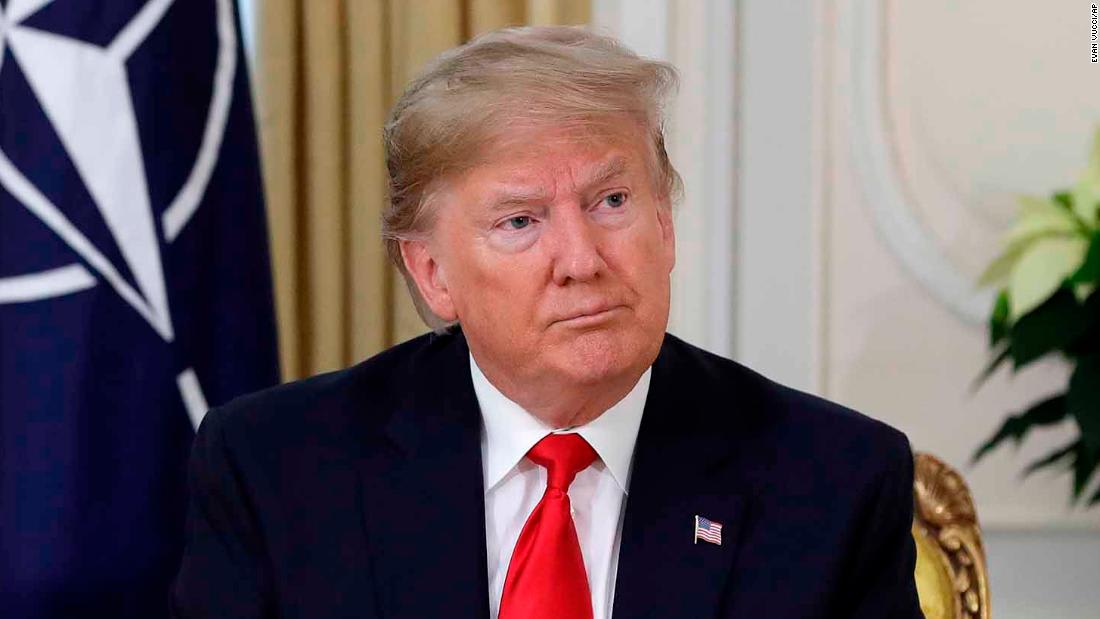 President Donald Trump's claim that even if the US were handed Britain's National Health Service (NHS) on a "silver platter we would want nothing to do with it," doesn't chime entirely with US trade policy.

While it's true that American companies are not interested in running NHS hospitals, they are very keen to win NHS drug procurement contracts.

So keen, in fact, that it's stated as a specific negotiating objective in the Administration's priorities for any trade deal with the UK.

Meanwhile, British Prime Minister Boris Johnson said he could "categorically rule out" that "any part of the NHS will be on the table in any trade negotiations" including pharmaceuticals.

"This is pure Loch Ness Monster, Bermuda Triangle stuff," he added, according to PA news agency.

As the NATO summit gets underway in London, Boris Johnson is out and about on the campaign trail ahead of the UK election in 10 days.

However the UK prime minister did have a few words for NATO leaders back in London on Tuesday.

Johnson said, according to PA news agency, "My message to the President, to all presidents -- President Trump, President Macron, President Erdogan, Chancellor Merkel, all our friends -- is look, this is a great alliance, it has had fantastic success for 70 years, it has delivered peace and prosperity."

Ahead of Tuesday evening’s formal opening of the NATO leaders’ meeting marking the alliance's 70th year, Johnson urged the allies to "tackle the threats" as one. He added: "Safety in numbers."

The UK PM was also asked if he had procured a Christmas present for the US President, to which Johnson said he was sure "someone has thought of something suitable" but did not offer a suggestion.

Just in case you were wondering: the US and NATO delegations who met for breakfast Tuesday morning ate omelette, sausages, brown toast and orange juice.

Asked what he and President Trump had for breakfast, NATO Secretary General Jens Stoltenberg said: “It was, as always a great breakfast -- and we had omelette and some sausages and brown toast and orange juice. So that was a great breakfast and, as always, paid by the United States.”