Russia is watching the changes within NATO “very closely,” as the alliance's leaders gather in London this week, Kremlin spokesman Dmitry Peskov said in a conference call with reporters Tuesday.

“This alliance is a product of the era of confrontation and Cold War, and Russia never wanted for this era to come back," said Peskov.
"But the alliance that was created and tailored for the ideology confrontation, cannot really bring anything else. So in this context we are watching very closely what’s happening within NATO.”

As for Macron's comments about NATO's "brain death," Peskov said: "Whether some of its body parts are dead, that’s not really our issue.”

Nobody likes to hear that an old friend is "brain dead," so perhaps it's not surprising that France's allies seem to be going through the seven stages of grief over Emmanuel Macron's pronouncement in the Economist last month that NATO is languishing.

There was first shock and denial. Speaking alongside NATO Secretary General Jens Stoltenberg on November 7, German Chancellor Angela Merkel said she disagreed with the French President's description of the 70-year-old alliance.

"I don't think such a sweeping judgment is appropriate," she said.

Now in many quarters, leaders are stuck in the anger and bargaining stage. Turkish President Recep Tayyip Erdogan said Friday that Macron should "check your own brain death" before throwing stones at NATO.

Macron is no doubt hoping that a NATO summit and upcoming meetings on Ukraine will quickly move his critics on to the stages of acceptance and hope.

Macron wanted to provoke and he succeeded, although perhaps not initially in the way he might have hoped. 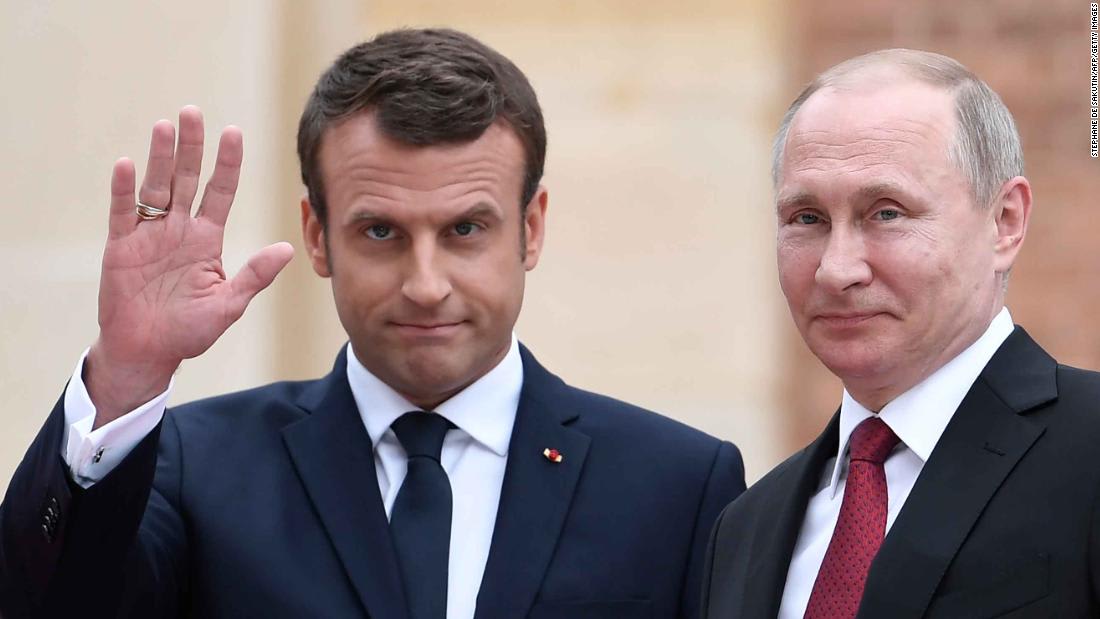 Macron's openness toward Russia is testing the patience of NATO allies

When NATO Secretary General Jens Stoltenberg sat down with President Trump for a breakfast meeting Tuesday morning, he probably wouldn't have expected the press conference that followed to last 52 minutes.

The President touched on everything from the UK election, to Russia, and international trade. But it was Trump's criticism of French President Emmanuel Macron over comments about NATO's "brain death" that has drawn the most attention from commentators and experts.

If there was one person who took a beating in the early stages of this gathering, it was the French president.
This was 52 minutes before the meeting had actually started. It's as if President Trump wanted to get in front of the cameras and have a jolly good conversation about everything he wanted to talk about.
Perhaps because of everything he's left behind at home -- he's giving everyone lots of other things to talk about. Or perhaps he just wanted to get all these issues off his chest.
It was utterly unconventional. But then, that's what everyone here was expecting -- unconventional. 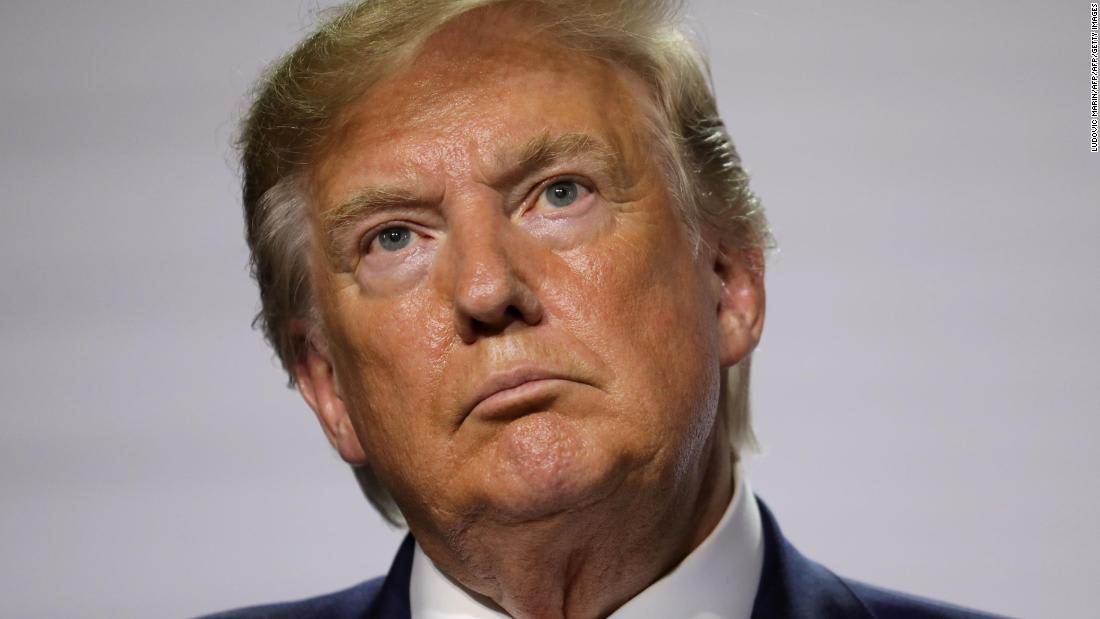 Trump and Macron to meet amid NATO tensions

A Clarence House spokesperson tells CNN that the Prince of Wales and Donald Trump have developed a “good working relationship” since the President’s state visit to the UK this summer.

The President and first lady will meet with Prince Charles and Camilla, the Duchess of Cornwall, at Clarence House for tea later on Tuesday afternoon.

During the Trumps’ last visit in June, the two couples shared a meal together at Winfield House -- the US ambassador’s residence in London -- and the images from that dinner appeared to show warmth between the two couples, according to CNN’s Max Foster.

The President is now on his way to a fundraiser in London in the midst of the ongoing NATO meeting.

The fundraiser is being hosted by Trump Victory, a joint fundraising committee for the Republican National Committee and Trump’s campaign. The event is expected to raise $3 million, the source said. The White House added the event to the President's public schedule Monday night.

In a wide-ranging press briefing in London on Tuesday morning, President Trump weighed in on everything from the French President's "brain death" comments, to the UK election, and his relationship with North Korean leader Kim Jong Un.

"You just can't go round making statements like that about NATO -- it's very disrespectful," said Trump.
He added that "nobody needs NATO more than France, and frankly the one that benefits the least is the United States."

On the digital tax on France:

On the Harry Dunn case:

“We are trying to work something out," said Trump when asked about the Harry Dunn case and if US diplomat wife and suspect Anne Sacoolas will be returned to the UK.

On the UK election:

The British Prime Minister Boris Johnson "is very capable and he will do a good job," said Trump. He added that America wouldn't want anything to do with Britain's National Health Service "if you handed it to us on a silver platter."

“Iran is killing perhaps thousands and thousands of people right now as we speak," said Trump. “That’s why they cut off the internet so people can’t see what’s going on."

“My relationship with Kim Jong Un is really good,” Trump said, adding he hopes the North Korean leader “lives up to the agreement.”

Trump said it was “important” for NATO to talk to Russia. He added that Russia wanted to make a deal on arms control as recently as “two weeks ago.”

The family of a teenager killed in a traffic collision that police believe involved a US diplomat's wife, is calling on Prime Minister Boris Johnson to press US President Donald Trump to return her to Britain, when the NATO leaders meet this week.

“President Trump visits the UK whilst (suspect) Anne Sacoolas remains in the USA evading justice," said the Dunn family’s spokesperson, Radd Seiger, said in a statement on Tuesday.
"It is notable that the country’s sovereign, the Queen of England, is hosting Mr Trump at Buckingham Palace, whilst this gross insult against everything that she and the country stands for, persists."

Trump's response: When asked by reporters how he would react to such a request, the President said he’s spoken to the Dunn family and "to the woman... who has diplomatic immunity.”

"You know I had his parents up they are lovely people, I've spoken to the woman who works for government who has diplomatic immunity and we are trying to work something out," he said in London on Tuesday.

Dunn, 19, was killed in August outside a Royal Air Force station controlled by the US Air Force. UK police say he was riding a motorcycle when he was struck by a vehicle that was traveling on the wrong side of the road. Sacoolas apologized via her attorney for the "tragic mistake."

He just couldn't help himself. Barely 30 minutes into his press conference with NATO Secretary-General Jens Stoltenberg, President Donald Trump felt the need to insert himself into the already divisive UK election narrative.

In almost the same breath, Trump said that he would "stay out" of British politics, before endorsing Boris Johnson and restating his support for Brexit.

For weeks, it's been priced in that Trump's trip to England, just over a week before the UK's general, would be a moment this nation held its breath.

Trump has a pretty spectacular track record of planting himself at the center of the UK's politics, particularly on the matter of Brexit. As far back as 2016, Trump was keen to ally himself with the Brexit movement, even going so far as to invite Nigel Farage, leader of the Brexit Party, to speak at one of his campaign rallies.

It's no secret that Johnson was hoping that Trump would keep his mouth shut about the election during his short visit to the UK. Trump has said several times that he is a fan of Johnson. However, Trump's unpopularity in Britain makes an endorsement from the President more a lump of coal than a stocking filler.

However, the leader of the opposition, Jeremy Corbyn, will be likely pleased. For weeks, his Labour Party has been doing everything it can to tie Johnson to Trump and claim that he is keen to sell off the UK's National Health Service to America.

Trump also felt it necessary to give Johnson a helping hand by saying that even if the US were handed the NHS "on a silver-platter we would want nothing to do with it."

If that's true, the President really needs to have a word with his own trade department. It's very clearly stated in the administration's own priorities for a trade deal with the UK that big pharma would have to have a fair crack at NHS contracts.

So early into the visit the President has 1) broken a promise and 2) told a half-truth.

President Trump said he would "stay out of it," when asked about the upcoming UK election, before adding that he's a fan of Brexit, and that he thinks British Prime Minister Boris Johnson "is very capable and he will do a good job”

Trump said he is keeping out of the topic because, “I don’t want to complicate it.”

When asked if he could work with Labour Leader, Jeremy Corbyn, should his party win a majority in the election, Trump said: “I can work with anybody, I am a very easy person to work with.”

Trump also confirmed he will be meeting Johnson during his two-day London visit.