The process of determining what else can be released from special counsel Report Mueller’s report and scrubbing it of grand jury material, among other things, “has begun,” according to a Justice Department official.

There’s a small team working on it, and no firm timeline for release.

He spent the entire weekend at the Department of Justice after receiving the report on Friday.

In a June 2018 memo, William Barr reached a decisive and controversial conclusion that Trump's interactions with ex-FBI Director James Comey would not constitute obstruction of justice. A copy of that memo was released to senior Justice officials in December.

Barr had not yet been confirmed as attorney general at the time of the memo release. He discussed the memo with Trump and told him it would likely come up during his Senate confirmation, a source familiar with the discussions told CNN.

Barr has not shied away from defending Trump's firing of Comey, but the June 8 memo offers a detailed analysis of one of the most consequential episodes of Trump's presidency, concluding that while he's "in the dark about many facts," Robert Mueller's obstruction inquiry was "fatally misconceived."

Barr added that Trump asking Comey to let go of the investigation into former national security adviser Michael Flynn and later firing Comey were within his powers as head of the executive branch.

"Mueller should not be able to demand that the President submit to an interrogation about alleged obstruction," Barr wrote. "If embraced by the Department, this theory would have potentially disastrous implications, not just for the Presidency, but for the Executive branch as a whole and the Department in particular."

In a statement, the Democratic lawmaker said Attorney General William Barr needs to provide Congress with evidence showing that.

“The special counsel did not exonerate the President. In fact, according to the attorney general’s letter, he described a pattern of evidence suggesting the President engaged in obstruction of justice. The attorney general needs to make this evidence available to Congress immediately, along with the entirety of the Mueller report, so we can decide what steps to take next," Cicilline said. 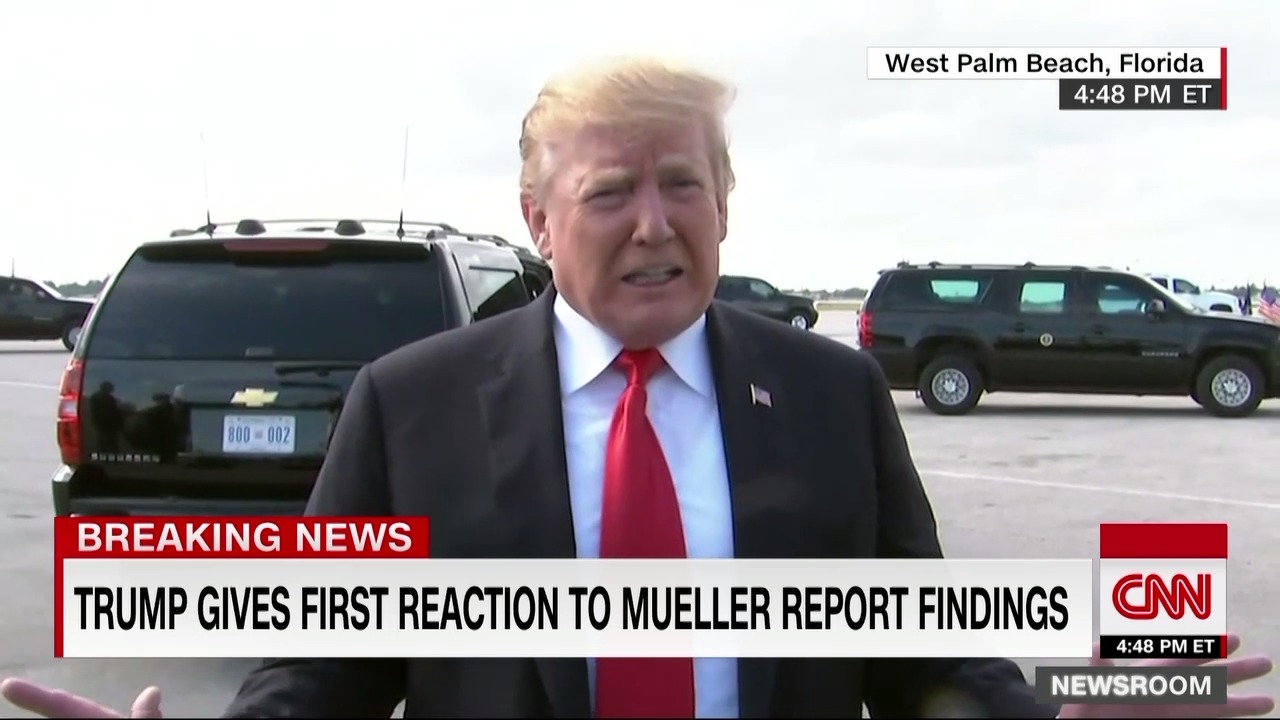 President Trump, speaking in Florida after Attorney General William Barr released his summary of Robert Mueller's report, said it is "a shame" that the US "had to go through this." 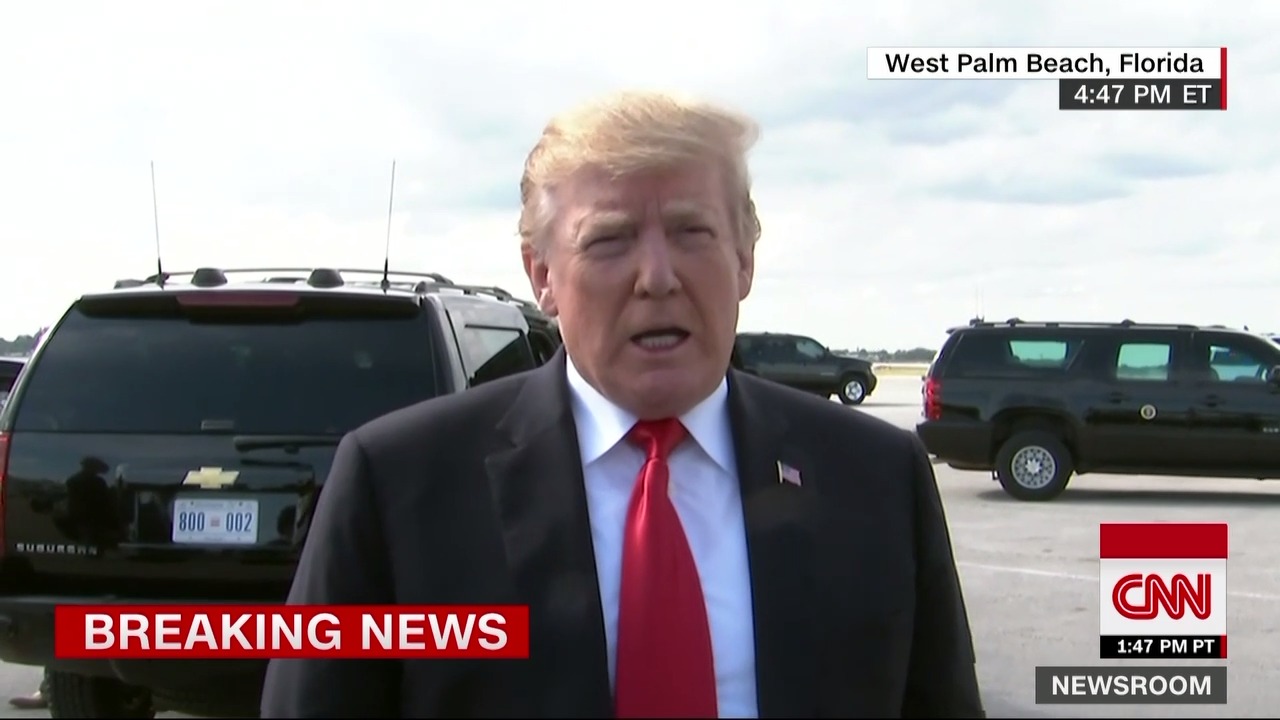 President Trump spoke to reporters for the first time since Attorney General William Barr's letter, saying, "it was just announced there was no collusion with Russia, the most ridiculous thing I’ve ever heard."

"So after a long look, after a long investigation, after so many people have been so badly hurt, after not looking at the other side where a lot of bad things, a lot of horrible things happened, a lot of very bad things happened for our country, it was just announced there was no collusion with Russia -- the most ridiculous thing I’ve ever heard. There was no collusion with Russia. There was no obstruction and none whatsoever," Trump said.

Remember: Attorney General William Barr’s chief of staff called White House lawyer Emmet Flood this afternoon to give him a "read out" directly from this four-page summary — but that’s the extent of the conversations between the White House and Department of Justice, according to a Justice official.

President Trump's motorcade is headed to the airport right now. 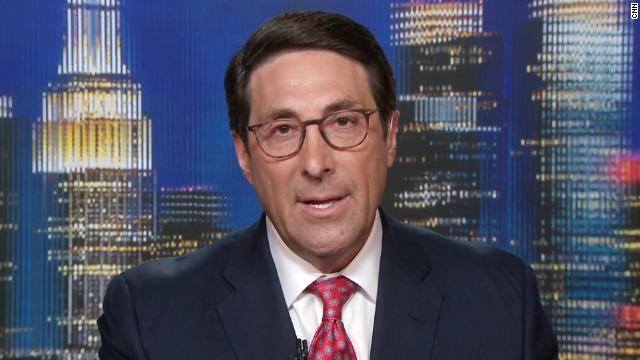 “The President’s legal team is very pleased with the letter from the Attorney General." he said.