President Trump gave his third official State of the Union address tonight, one day before the Senate is expected to acquit him in the impeachment trial.

The speech, which took place in the same room where he was impeached in December, had dramatic surprises and was heavy on reelection themes. Here are the night's key moments:

Watch Trump and Pelosi interact for the first time in months:

Facts First: Trump is inflating his administration’s own estimate of job creation under the new trade deal – which is even higher than an estimate from an independent agency.

It’s difficult to predict what will happen in the future. But a report from the Trump Administration’s own Office of US Trade Representative put the number at 76,000 jobs over five years.

The US International Trade Commission, an agency that is part of the federal government but conducts its analysis independently of the administration, estimated an increase of 29,700 jobs in auto parts production because of the USMCA, but a decline of 1,600 jobs in vehicle production. 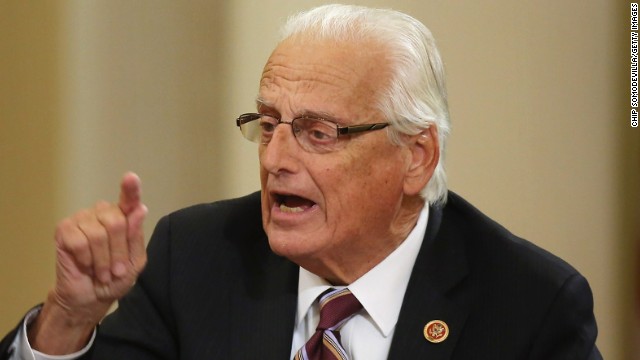 Democratic Reps. Bill Pascrell of New Jersey and Tim Ryan of Ohio both said they walked out on President Trump’s address early.

“I just walked out of the #StateOfTheUnion. I can’t stand a liar,” Pascrell tweeted. “This man’s presidency is a national tragedy.”

Ryan echoed the same sentiment, tweeting that he “had enough” of Trump’s speech.

“It’s like watching professional wrestling. It’s all fake,” he said.

The atmosphere in the House chamber was tense throughout Trump’s speech, with Democrats audibly groaning at different points as the President boasted about the economy and welfare stats.

Democratic freshman Reps. Alexandria Ocasio-Cortez of New York and Ayanna Pressley of Massachusetts both announced earlier Tuesday that they would not attend Trump’s address at all.

She started her speech by saying she'd focus of what her party is doing — not what President Trump is saying.

"Instead of talking about what he is saying, I'm going to highlight what Democrats are doing. After all, you can listen to what someone says but to know the truth, watch what they do," she said.

Trump claimed to have built "over 100 miles" of a "long, tall and very powerful" border wall.

Facts First: US Customs and Border Protection said that, as of January 31, 115 miles of “new border wall system” had been built. The overwhelming majority has replaced dilapidated barriers with a new, enhanced wall system. Around one mile has been built where there was no previous barrier.

The Trump administration calls all miles “new,” arguing that it is all a major improvement on what was there before. Critics scoff at the inclusion of replacement and reinforcement barriers in the “new” category, yet administration officials have stood by their classification.

"One thing I want to emphasize is that every inch of the 100 miles that we have constructed is new border wall system," acting DHS chief Chad Wolf said in January. "It's not so-called replacement wall, as some of our critics claimed. It is new wall."

Speaker of the House Nancy Pelosi ripped up her printed copy of President Trump's State of the Union address as lawmakers applauded the end of his speech.

Earlier, when Trump first walked in, Pelosi extended her hand, but Trump did not take it.

President Trump reunited a military family during his State of the Union address.

Trump mentioned that Amy Williams and her 2 children — 6-year-old Elliana and 3-year-old Rowan — were in the audience. They were attending the State of the Union while Sergeant First Class Townsend Williams served his fourth deployment to the Middle East.

"But Amy, there's one more thing: Tonight we have a very special surprise," Trump said. "I am thrilled to inform you that your husband is back from deployment. He is here with us tonight. And we couldn't keep him waiting any longer."

That's when Townsend Williams walked in to greet his family.

President Trump mentioned the death of Qasem Soleimani, the Iranian commander killed by a US air strike in Baghdad last month.

Soleimani's death heightened tensions between Iran and the US.

"Soleimani was the Iranian regime's most ruthless butcher, a monster who murdered or wounded thousands of American service members in Iraq," Trump said.

"Last month, at my direction, the US military executed a flawless precision strike that killed Soleimani and terminated his evil reign of terror forever," Trump said as the audience applauded.

"Our message to the terrorists is clear: You will never escape American justice. If you attack our citizens, you forfeit your life," Trump added.

A protester was ejected from the House of Representatives for yelling something during President Trump's State of the Union address, as Trump was talking about protecting the Second Amendment.

We couldn’t hear what he said. And from our vantage point, it was impossible to tell who he was. He was wearing an orange tie and dark suit.