President Trump, speaking publicly for the first time since the Supreme Court ruled in favor of his travel ban, called the decision a "tremendous success."

He added: "At a minimum, we have to make sure that we vet people coming into the country."

The comment closely mirrored the statement Trump released shortly after the decision was announced, in which he declared, "Today’s Supreme Court ruling is a tremendous victory for the American People and the Constitution."

Representative Eliot Engel, a New York Democrat who serves as ranking member of the House Committee on Foreign Affairs, just issued a statement that calls today's Supreme Court ruling a "mistake" that "future generations will view as a dark stain on our history."

He added, "We look back with shame and regret on the internment of Japanese-Americans and the turning-away of the MS St. Louis — chapters in America’s story when fear and ignorance overwhelmed moral clarity and compassion. I have no doubt that history will pass the same judgment on this decision and those who supported it."

“This ban is institutionalized Islamophobia, promoted under the guise of national security. Banning people from our country on the basis of religion is an affront to our founding ideals. With this decision, the highest court in the land has sent a message of exclusion and division across the globe. As our President tries to build walls, New York City will continue to welcome people from all over the world to our shores, from all faith traditions. Our values have helped make our city the safest big city in the United States – and they are what make America great.”

House Democratic Caucus Chairman Joe Crowley just issued a statement saying today's decision "will be remembered as one where the Supreme Court of the United States legitimized discrimination and religious intolerance."

He called it "deeply shameful" and said it "strikes at the heart of the principles our nation was founded on and the values we hold dear as Americans."

“Instituting a religious test and vilifying refugees seeking asylum is immoral, ignorant, and hateful. President Trump’s Muslim Ban is the antithesis to everything we stand for, and we will continue to fight against this policy and this administration’s xenophobic and intolerant agenda.”

The powerful 10-term incumbent, who is often mentioned as a possible successor to California's Rep. Nancy Pelosi as Democratic leader (perhaps as early as next year), is being challenged today by activist Alexandria Ocasio-Cortez in New York's primary. 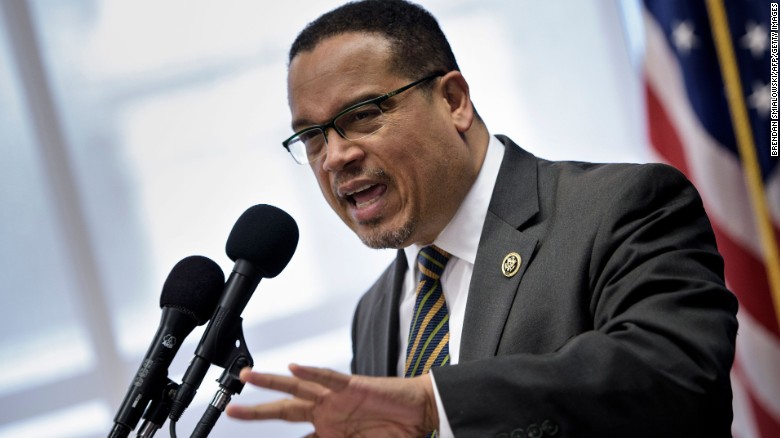 The first Muslim elected to Congress predicted on Tuesday that the Supreme Court's decision to uphold President Donald Trump's travel ban will end up in "the dust bin of history," adding that Trump has tailored the court to "his ugly philosophy."

"Our country has gone through some ugly days. The Supreme Court in the 1850s said that it was OK to own a black person, that was the Dred Scott decision. That decision hit the dust bin of history ... and this one will too," Rep. Keith Ellison, a Democrat from Minnesota, told CNN's Kate Bolduan on "At This Hour."

"Discrimination and racism and hatred and religious bigotry is never going to be winning in the end," Ellison said.

Ellison said that the President "has his Supreme Court tailor-made to his ugly philosophy," calling it a "partisan court."

He added that he does not believe Justice Neil Gorsuch, whom Trump appointed after congressional Republicans blocked former President Barack Obama from filling a vacancy late in his presidency, is on the court "properly."

"It just proves one thing, that if you steal and rip off a Supreme Court justice, then you can try to jam any kind of nasty, racist, ugly policy down the throat's of the American people. But we're not taking it," Ellison said. 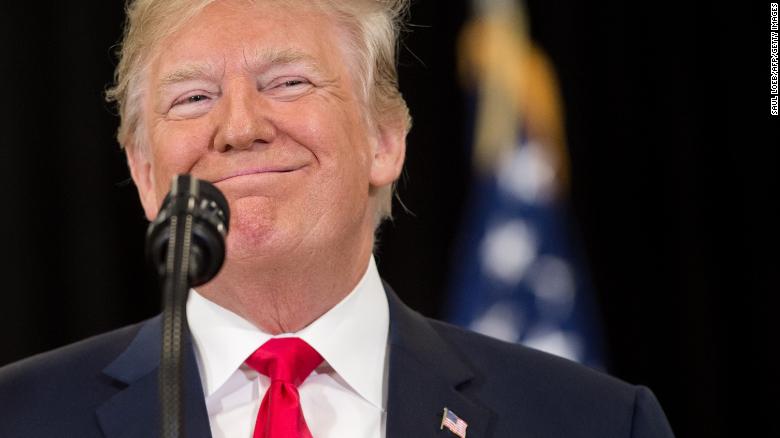 Stephen Vladeck, CNN's Supreme Court analyst and a law professor at the University of Texas School of Law, called the ruling a "big win" for the White House.

"The Supreme Court has reaffirmed the President's sweeping statutory authority when it comes to deciding who may and who may not travel to the United States, authority that both President Trump and future presidents will surely rely upon to justify more aggressive immigration restrictions," Vladeck said.

However, Vladeck noted that this was the third version of the travel ban and the administration made significant changes in response to lower-court rulings invalidating the first two iterations, including one issued one week after Trump became president in January 2017. 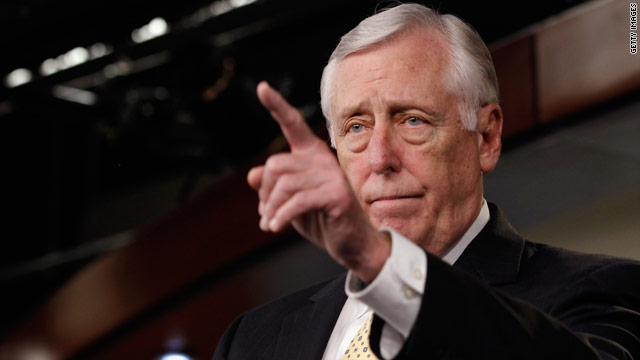 House Democratic Whip Steny Hoyer just issued a statement that states, "I believe that the justices got it wrong."

He added, "Even if his actions have been declared constitutional, that does not mean they are right or they are in our nation’s best interest."

“I believe that the justices got it wrong in this case. President Trump made it very clear that his intention in imposing a draconian travel ban was to prevent Muslims from coming into the United States. This travel ban is part of a pattern we’ve come to see with this President – a concerted effort to close America off from the world, to retreat behind walls and shuttered borders and to advantage certain groups of Americans over others. Even if his actions have been declared constitutional, that does not mean they are right or they are in our nation’s best interest. “Muslim immigrants have been a part of making America a stronger, safer, and more prosperous nation for generations. The President’s travel ban will not only weaken our nation by denying us talented immigrant workers and job creators and limiting the opportunity for foreign businesspeople to invest in America, it will also make us less safe by handing terrorist groups like ISIS a potent recruiting and radicalization tool. I urge the President to end this ban and work with Congress to ensure that our immigration and travel system is fair and smart.”

There is a rally in front of the Supreme Court following this morning's court decision upholding President Trump's travel ban.

Protesters outside of the court are holding signs — at least one read "Build Bridges, not Walls — and chanting, "No ban, no wall!"

Farhana Khera, the executive director of Muslim Advocates, which organized at least one of the protests, called the ruling a "disappointment" but vowed that the group would keep fighting.

"The President may have won this round but we are now moving on to next round because we know this is part of a broader battle against Trumps' bigoted, agenda not only against Muslims but all black and brown communities," Khera told CNN.

"The Department of Homeland Security will continue to faithfully execute our country’s immigration laws and treat everyone we encounter humanely and with professionalism," the department said in a statement.