The historic meeting is off: President Trump wrote a letter to Kim Jong Jun saying their June 12 meeting "will not take place."

North Korea's reaction: The country is still willing to “sit face to face” with the US, an official said.

Our live coverage has ended. Scroll through the posts below to read about President Trump's decision. 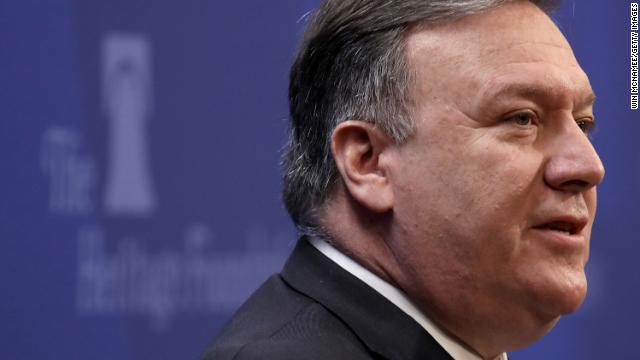 “Secretary Pompeo explained the background of the announcement and the position of the US side in detail," according to a statement posted on South Korea’s Ministry of Foreign Affairs website.

The statement goes on to say Kang “expressed regret” that the summit was canceled and that it could have “become a turning point for the complete denuclearization and establishment of permanent peace on the Korean Peninsula.”

Pompeo and Kang also “exchanged opinions” on North Korea's response to the cancellation of the summit.

"They took note that North Korea expressed its continued expectation for the NK-US summit and its willingness to continue the dialogue," the statement said. "They discussed various measures to maintain the momentum of dialogue." 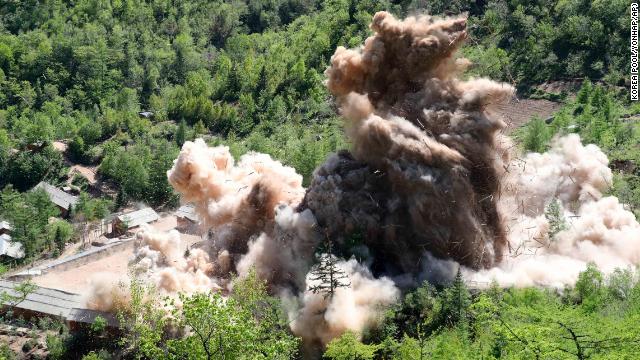 CNN's Will Ripley was among a group of journalists who traveled to North Korea to witness the apparent destruction of three nuclear tunnels at Punggye-ri nuclear test site on Thursday.

Ripley told CNN's Anderson Cooper that he traveled more than 15 hours to get to the site.

Once Ripley arrived, they received a briefing from a North Korean official. The journalists got to look inside the nuclear tunnels, which were rigged with explosives. North Korea has used the tunnels to conduct six nuclear tests since 2006, Ripley said.

He said they then hiked up a ravine and watched North Korean officials blow up observation buildings, a metal foundry and living quarters at the nuclear test site.

"It was pretty dramatic images, but it was hard really to know exactly what we were seeing," Ripley said.

North Koreans officials learned that President Trump had canceled the upcoming summit hours after the explosions, he said.

"It was really a surreal moment," Ripley said.

"I thought we were going to get an angrier response from the North Koreans," said Ripley, who's in North Korea.

"What they're saying is that they don't think that President trump's decision is in line with someone who wants peace in the peninsula."

Moments ago, North Korea said it is still willing to sit down and meet face to face with the US.

"They think this situation shows just how severe relations are between the US and North Korea, and they say that's why the summit is necessary," Ripley said. "It sounds like the North Koreans still want this summit to happen, even if it doesn't happen on June 12."

North Korea expressed a willingness to keep "a big and open mind” when dealing with the US, an official said in a statement published by the state-run Korea Central News Agency (KCNA).

In the statement, Kim Kye Gwan, North Korea's first vice minister of the Ministry of Foreign Affairs, laid out the country’s position in response to President Trump’s cancellation of the June 12 meeting in Singapore.

Kim Kye Gwan, North Korea’s first vice minister of the Ministry of Foreign Affairs, said in a statement released on the country's state media KCNA that it is still willing to “sit face to face” with the US.

"I would like to conclude that President Trump's statement on the NK-US summit is a decision that is not in line with the wishes of [those] who hope for the peace and stability of the Korean peninsula as well as the world," Kim Kye Gwan said.

"We reiterate to the US that we are willing to sit face to face at any time and in any way.”

CNN's Will Ripley, who's in North Korea right now, said the feeling on the ground is filled "with a lot more anger towards the United States."

He said he's waiting for an official reaction from the country's leaders.

"We're going to wait until something is put out from the higher level of the government," he said. "My sense is that the North Korean response is not going to be good. They're going to feel that the Americans have shown their true colors here."

"Any trust that was started to be built up between the United States and North Korea probably completely shattered at this point as a result of this. Frankly, it's really anyone's guess what's going to to happen next here."

Ripley and other international journalists were invited to North Korea to watch the apparent destruction of at least three nuclear tunnels, observation buildings, a metal foundry and living quarters at its Punggye-ri nuclear test site on Thursday.

While North Korean officials were disappointed about destroying the facility, they were hoping it would lead to better opportunities for their country.

"They said they were being transparent," Ripley said. "They said this was proof that the North Koreans are committed to denuclearization. They said it was a gesture ahead of the summit in Singapore that was going to be on June 12 for President Trump."

A senior administration official said US officials spoke to South Korea and Japan this morning after President Trump's letter to North Korean leader Kim Jong Un was made public.

In the letter, Trump told Kim that it was "inappropriate" to have the meeting due to "tremendous anger and open hostility" that he perceived in North Korea's latest statement.

Trump warned Kim Jong Un of the United States' nuclear weapons, "so massive and powerful that I pray to God they will never have to be used" and thanked the North Korean dictator for freeing the American prisoners, "a beautiful gesture."

“I think that the main point I suppose is that the ball is in North Korea’s court right now. There’s really not a lot of time," a senior White House official said.

"We’ve lost quite a bit of time that we would need in order to. There’s been an enormous amount of preparation that’s gone on ... but there’s a certain amount of dialogue at the working level with your counterparts to ensure that the agenda is clear ... and June 12 is in ten minutes.”

The official continued: “The President has said he someday looks forward to meeting with Kim.”

Separately, the official said that there was a “shift in attitude” from Kim following his second meeting with China's President Xi Jinping.

He said “we can only speculate” what happened in the meeting, adding that “the shift in attitude did not go unnoticed by the President.”

President Trump, concluding remarks about the cancellation of the North Korea-US summit, left the door open for a future meeting with Kim Jong Un.

“Hopefully everything is going to work out well with North Korea. A lot of things can happen. Including the fact that, perhaps, it’s possible the existing summit could take place or a summit at some later date.”