A source close to the White House said President Trump has received supplemental oxygen since his illness began.

When he was asked if the President received it at all, Conley would not directly answer just saying “He has not needed any this morning, today at all.” Asked if he had ever on been on supplemental oxygen as part of his Covid-19 treatment, Conley said “right now he is not,” adding “yesterday and today, he was not on oxygen.”

CNN has asked for clarification about that statement.

CNN reported Friday the President was having a hard time breathing. 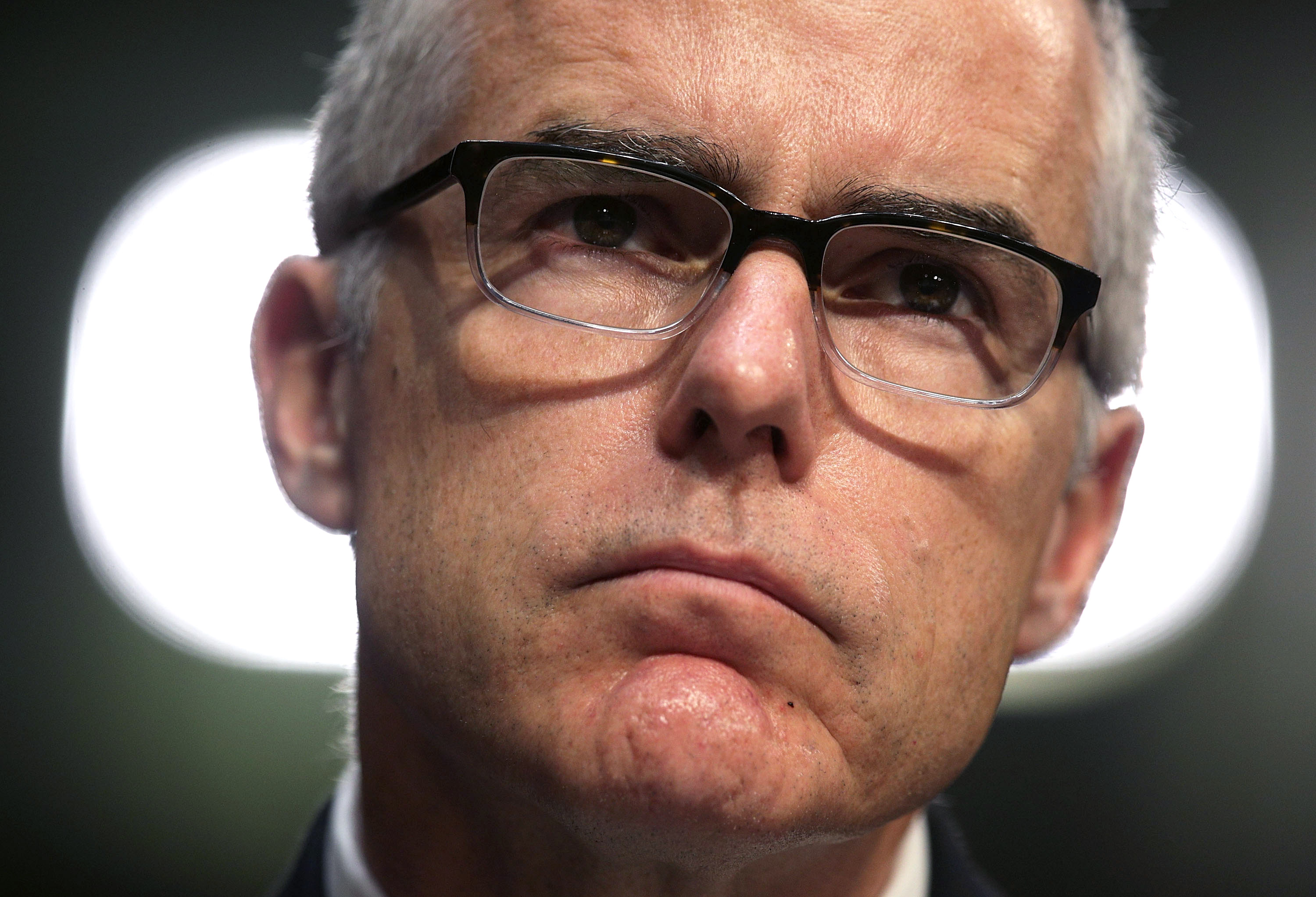 Former FBI deputy director Andrew McCabe will not testify next week at a Senate Judiciary Committee hearing after two members of the committee tested positive for Covid-19, according to a letter sent by McCabe’s attorney to Sen. Lindsey Graham, who chairs the committee.

"Mr. McCabe is willing, able, and eager to testify in person about Crossfire Hurricane at any time in the future when it is safe to do so. But he is not willing to put his family’s health at risk to do so. For these reasons, we are unwilling to appear in person for the Oct. 6 hearing; and for reasons of fairness, we are unwilling to testify remotely. A fair and appropriate hearing of this kind – which is complex and contentious – simply cannot be conducted other than in person," Michael Bromwich, McCabe’s attorney, said in the letter.

McCabe was set to testify on “Crossfire Hurricane,” the FBI’s investigation into President Trump’s potential campaign ties to Russia. That investigation was eventually taken over by special counsel Robert Mueller.

President Trump is currently at Walter Reed medical center after announcing that he had tested positive for Covid-19.

If you're just reading in now, here's a recap of the latest developments:

Trump said he is feeling well thanks to their help. This is the President’s second tweet since he was admitted to Walter Reed on Friday after testing positive for Covid-19.

President Trump is walking around even as he undergoes treatment for coronavirus at the Walter Reed National Medical Military Center, his doctors said Saturday.

“He's in exceptionally good spirits and in fact, as we were completing our multidisciplinary rounds this morning, the quote he left us with was ‘I feel like I could walk out of here today,’ and that was a very encouraging comment from the President,” Dr. Sean Dooley, one the physicians taking care of Trump, told reporters.

Dooley added: “We are monitoring him very closely for any evidence of complications from either the coronavirus illness or the therapies that we are prescribing to make him better. We have monitored his cardiac function, his kidney function, his liver function — all of those are normal."

Republican Sen. Ron Johnson, of Wisconsin, is asymptomatic and feels "fine" after testing positive for Covid-19, he said during a conference call with reporters Saturday afternoon.

Johnson announced on Saturday that he tested positive for Covid-19.

Johnson said he got tested for Covid-19 as a precaution after hearing that Republican Sen. Mike Lee, of Utah, tested positive for the virus Friday morning.

More details: Johnson believes he might have contracted coronavirus from his chief of staff who went on a hunting trip with family and later tested positive with "very mild symptoms."

The senator self-quarantined for 14 days at that point and "had been tested twice for Covid, both tests came back negative."

Johnson said he finished quarantine this week and since then he has been to Washington, DC, for meetings but has worn a mask and maintained social distancing.

Johnson said he's been careful not to expose himself because he didn't want to risk missing the confirmation vote for Supreme Court nominee Amy Coney Barrett.

When asked if he is concerned the confirmation hearing would be delayed due to GOP members and senators testing positive for the virus Johnson responded: "I think we're catching this early enough."

All four House Members who flew on Air Force One with President Trump this week tested negative for coronavirus on Friday.

Here's who was on the plane:

Some background: Administration officials said Friday that Hicks began displaying symptoms on the flight back from the President's Wednesday rally in Minnesota and was isolated in a separate cabin.

Hicks was seen deplaning Air Force One from a rear set of steps not typically used by the President.

"Social distancing is much easier on Air Force One than any commercial airliner," said professor Yan Chen of Purdue University, a researcher who studies the airborne spread of coronavirus inside an airliner.

Chen said most passengers do not sit in cramped rows on board the multi-room, highly modified jet, "but complete isolation is very difficult."

A source familiar with the President's health told the White House pool on background that "the President's vitals over last 24 hours were very concerning and the next 48 hours will be critical in terms of his care. We are still not on a clear path to a full recovery."

Just moments ago, Trump's physician Dr. Sean Conley said in a news conference that "this morning the President is doing very well."

CNN is seeking further clarification from the White House regarding the comment.

Chief of Staff Mark Meadows was the only other White House official present when doctors came out of the building Saturday at Walter Reed ahead of the press conference.

When asked about President Trump’s vitals, such as heart rate, blood pressure and temperature, his physician, Dr. Sean Conley, said Saturday, “So, his heart rate is in the 70s, the 80s. His blood pressure has remained where it's, where it's historically been during our physicals, you know, 110 to 120, systolic is great. It's never budged. I've had no concerns there.”

Conley did not provide a details about Trump’s fever, saying during the briefing, “I'd rather not give any specific numbers but he, but he did have a fever, Thursday into Friday, and since Friday morning, he's had none.”

Conley did not say whether Trump is on fever-reducing medication.

When asked why Trump was transferred to Walter Reed, Conley replied, “Because he's the President of the United States.”

After the briefing, a source familiar with the President’s health told the White House pool reporters, "The President's vitals over last 24 hours were very concerning and the next 48 hours will be critical in terms of his care. We are still not on a clear path to a full recovery.”