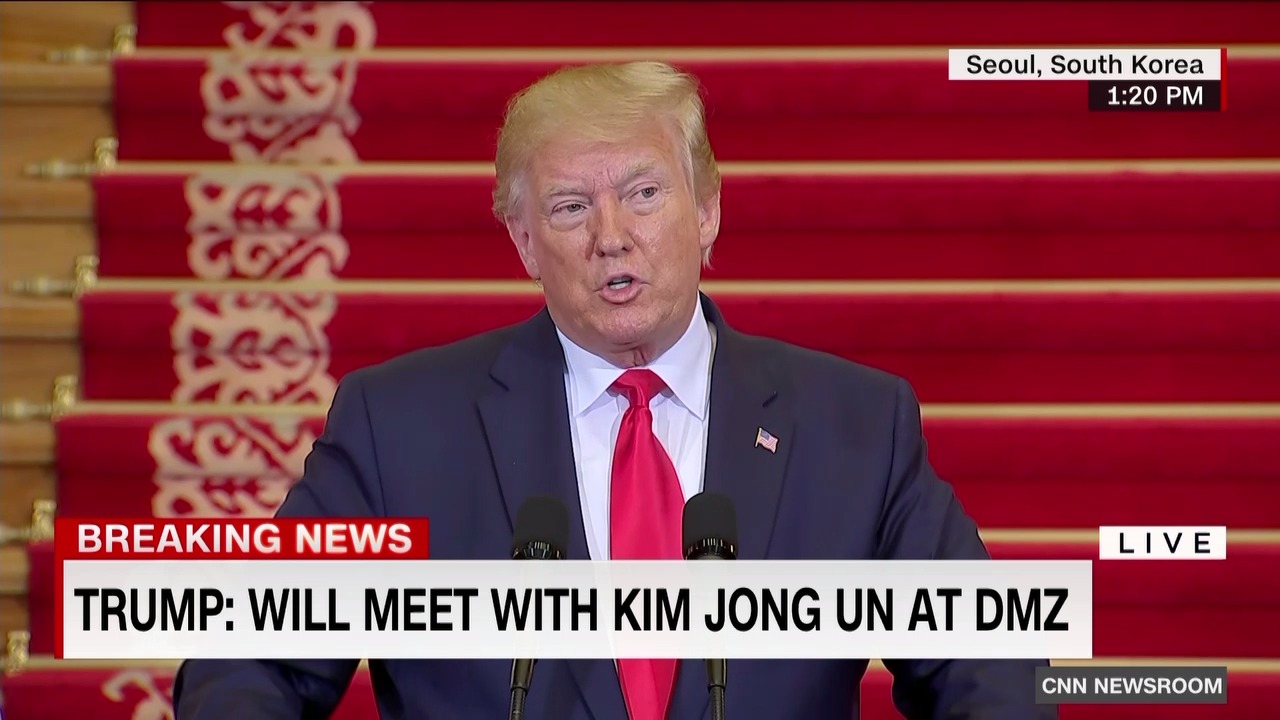 In an ongoing press conference, US President Donald Trump spoke about his "chemistry" with North Korean leader Kim Jong Un, who he will meet at the demilitarized zone (DMZ) later today.

He remarked that the Obama administration had tried to arrange a meeting with the North Korean leader, but that Kim had refused.

Responding to a question, Trump also hinted that another summit with Kim might be on the cards.

"A third North Korea-US Summit, and the timing of that, really, that would depend on what kind of change today's encounter will bring about. But we have expectations for future development, obviously," he said. 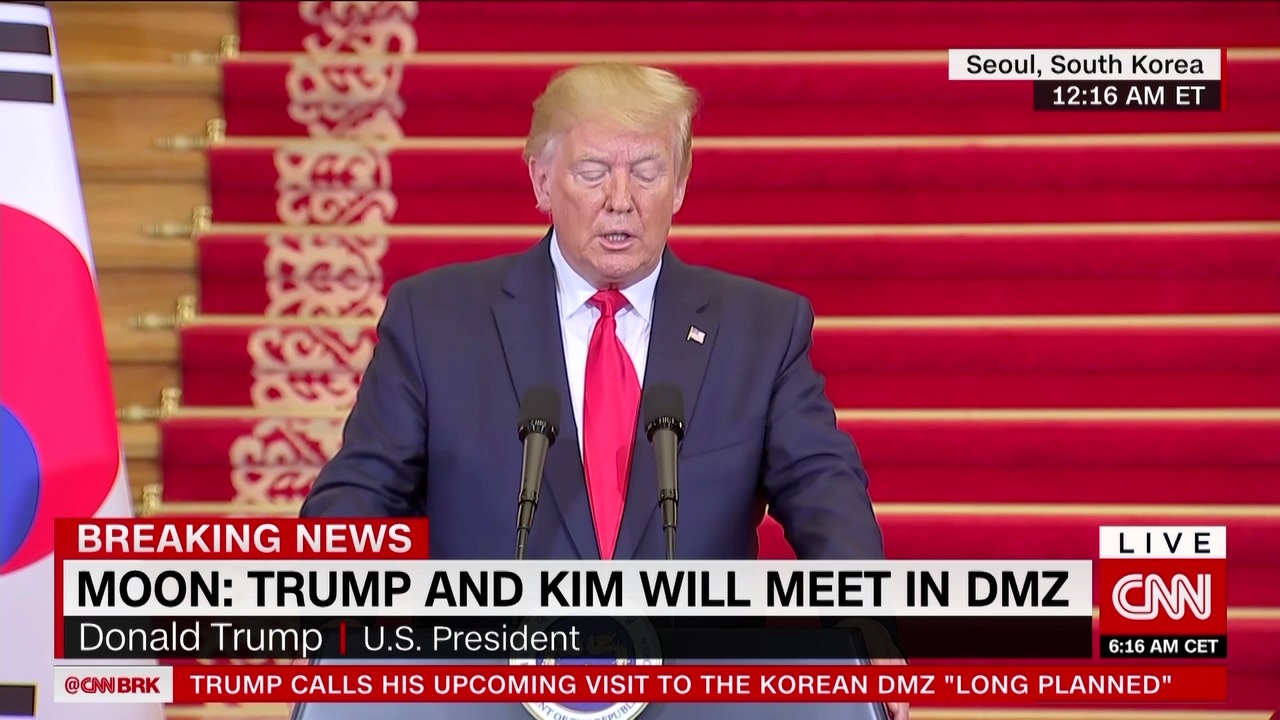 In opening remarks at a joint press conference, US President Donald Trump confirmed he would be meeting with North Korean leader Kim Jong Un at the demilitarized zone (DMZ) later today.

"We have developed a very good relationship and we understand each other, I do believe he understands me and I think I maybe understand him and sometimes that can lead to very good things." 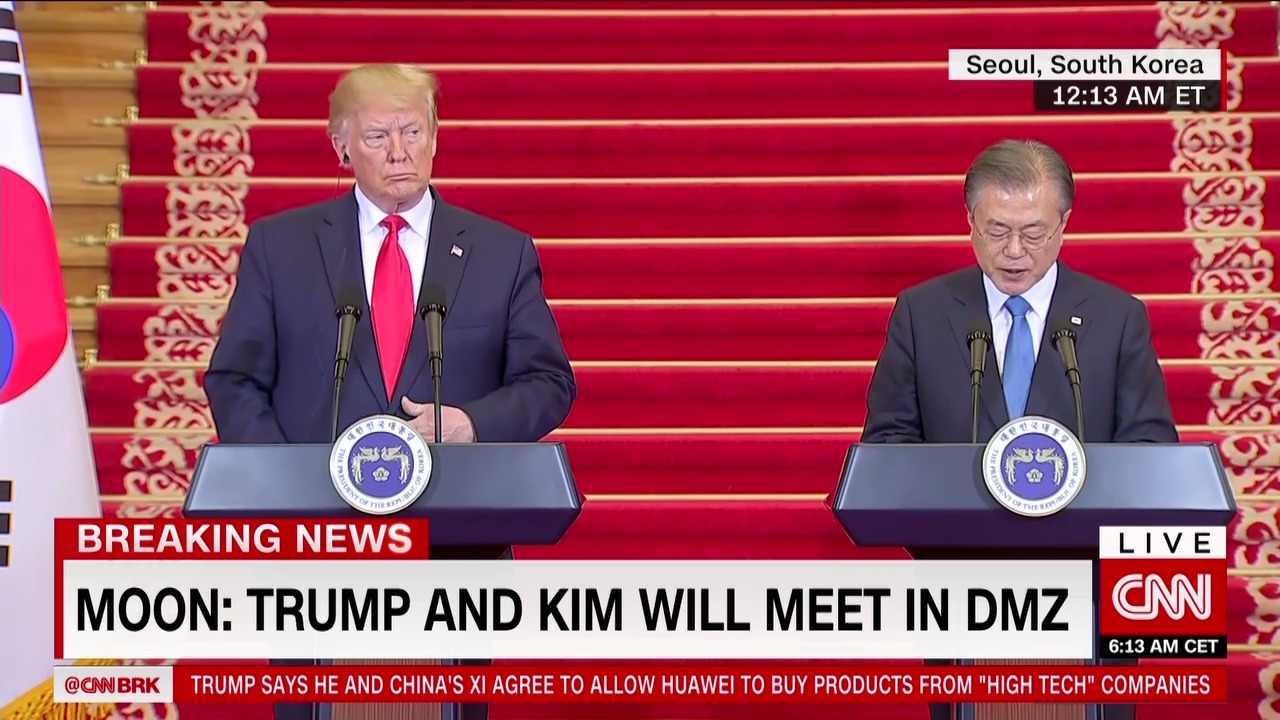 In opening remarks at a joint press conference, South Korean President Moon Jae-in said he hopes for "enduring peace on the Korean Peninsula."

"If we continue to communicate and engage with each other in dialogue, we can move toward the best situation. This is something we will be able to see for ourselves today. South and North will be able to become confident about peace and the world will provide their support and cheer on President Trump and Kim with high expectations. What we need here is enduring peace on the Korean peninsula," Moon said.

"I hope that President Trump will go down in history as a President who brought peace on the Korean Peninsula. Peace requires more courage than conflict. I would like extend my appreciation to the two leaders for being so great. And I am very overwhelmed with emotion because we have been able to pave the way towards peace for Korea," Moon added. 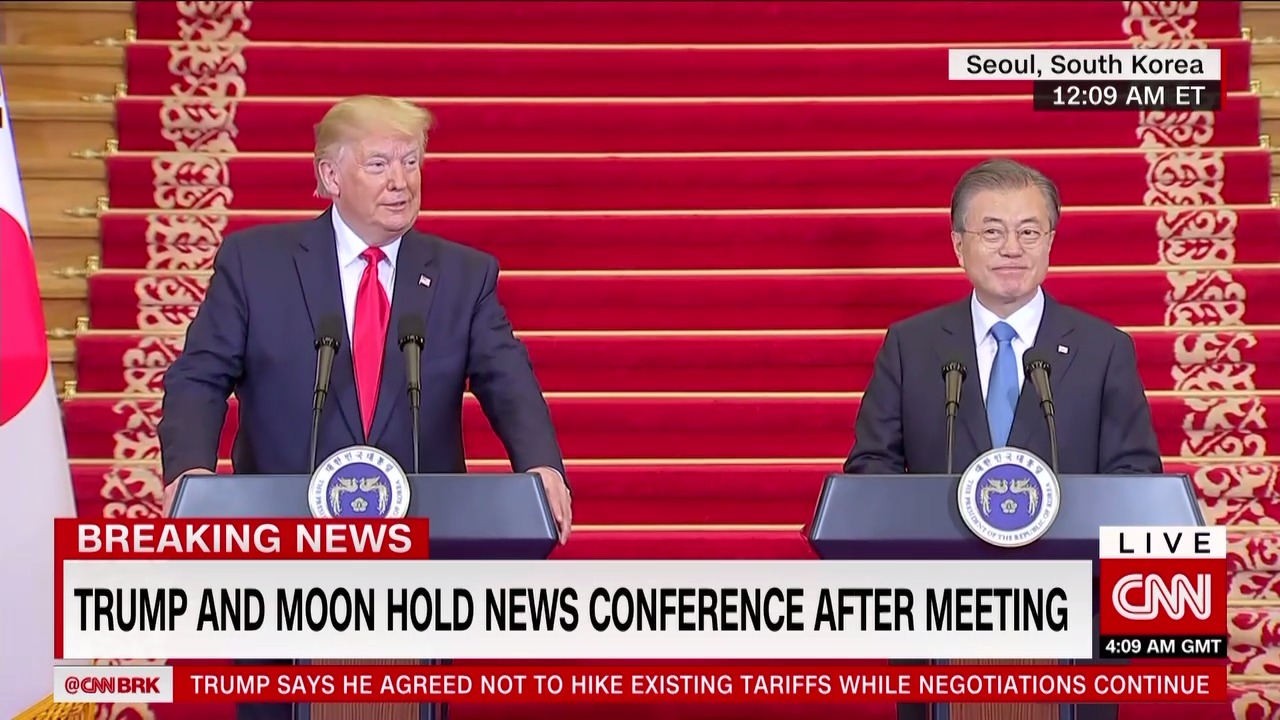 Nuclear talks between the United States and North Korea have appeared to come to something of a standstill in recent weeks.

Trump and Kim last met face-to-face at the end of February in Hanoi, Vietnam. But their second summit ended early without an agreement, with both sides claiming the other over-reached.

In the weeks that followed the collapsed summit, there was little word of any progress between the two sides.

Kim was satisfied with the letter’s “excellent content," KCNA said. "Kim Jong Un said that he would seriously contemplate the serious content" and appreciated the "extraordinary courage of President Trump."

His last visit was in November 2017, as part of a larger tour of Pacific nations where he met with other world leaders including Japanese Prime Minister Shinzo Abe.

That 2017 visit had come as tensions heightened over North Korea's nuclear and ballistic missile programs. While in Seoul, Trump had stressed the urgency of curbing North Korea's advances, saying "North Korea is a worldwide threat that requires worldwide action."

He had also attempted to visit to the demilitarized zone (DMZ) between North Korea and South Korea, but was forced to turn back because of bad weather.

Since then, Trump and North Korean leader Kim Jong Un have met at two summits, in Singapore and Vietnam. The two leaders have also exchanged complimentary letters to each other; earlier this month, Trump told reporters about a "beautiful letter" he received from Kim, and last week, Kim said he received an "excellent" personal letter from Trump.

US President Donald Trump's visit to the Korean Peninsula comes less than two weeks since China's Xi Jinping made his first trip to North Korea as President.

The visit was the first by a Chinese leader to North Korea since 2005, before the country ramped up its nuclear weapons testing.

The two countries are celebrating the 70th anniversary of diplomatic relations this year. Xi’s trip was largely a symbolic affair, punctuated with official meetings.

Much of the coverage of the trip in Chinese state media addressed ongoing tensions with Washington.

Xi told Kim "the international community" was hoping for further successful talks between North Korea and the US on denuclearization, according to China's official Xinhua news agency.

Both countries’ state media coverage was filled with paeans to the historical relationship between China and North Korea, ignoring the recent rocky years between the two countries -- during which time Kim executed and purged pro-China officials, and Xi approved UN sanctions against North Korea as punishment for their nuclear weapons development.

Read more about the evolving relationship between Xi, Trump, and Kim here.

The north side of the demilitarized zone (DMZ) between the Koreas has been closed to tourists ahead of an expected meeting between US President Donald Trump and North Korean leader Kim Jong Un, according to Koryo Tours, which organizes visits to the northern side.

Cockerell added that the north side wouldn't be closed "just because someone is visiting from the south, it’s been open when various VIPs have been there" on the southern side of the de facto border. 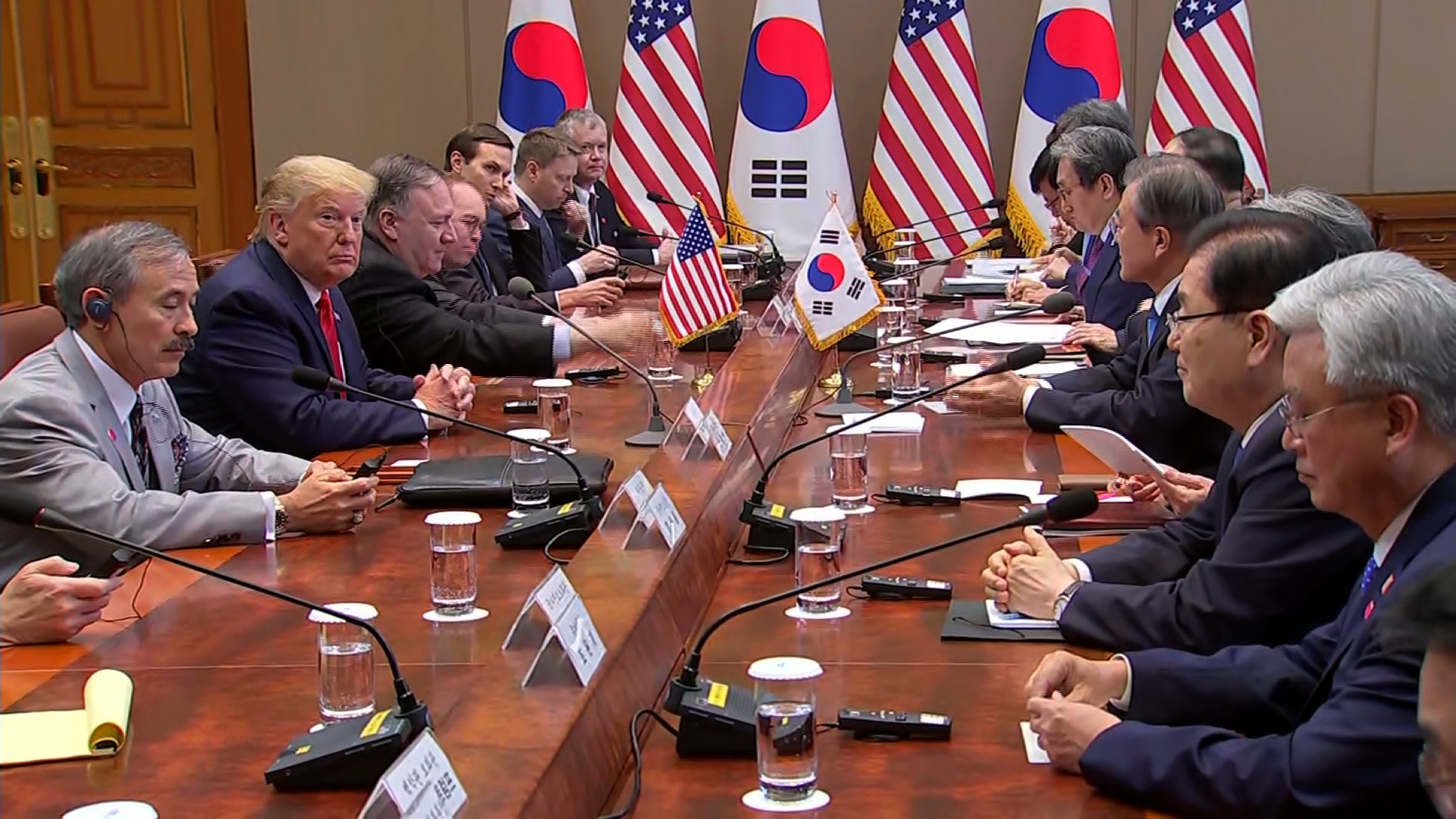 US President Donald Trump and South Korean President Moon Jae-in have sat down for a working lunch following their bilateral meeting earlier this morning.

"I've been told that Kim Jong Un would like to meet, and that it looks like they're in final stages of working out a very quick meeting, because I'll be at the DMZ anyway, the border," Trump said at the start of the lunch.

"I look forward to saying hello to him if that all finally works out... It sounds like the teams would like to have that work out," he added.