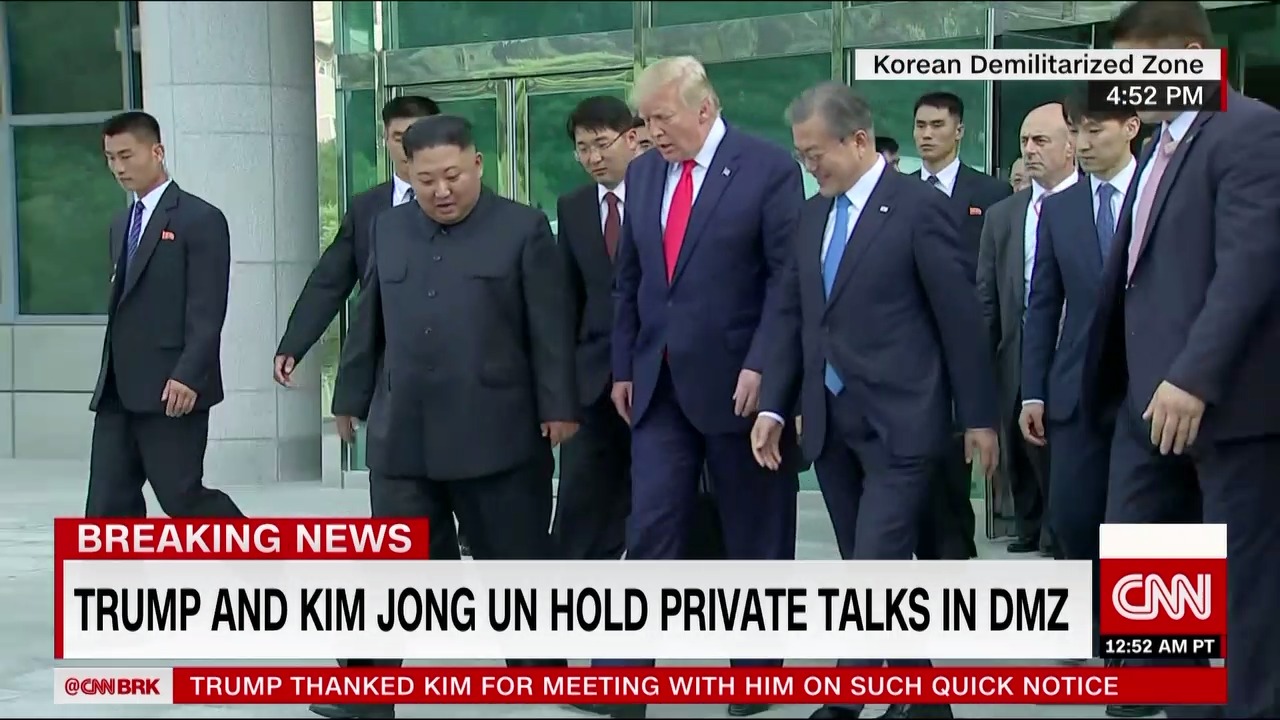 Trump and Kim met inside the Freedom House at the Korean demilitarized zone (DMZ) for roughly 50 minutes.

That’s a far more substantial session than Trump previewed earlier in the day, when he said his encounter with Kim would amount to little more than a handshake.

US President Donald Trump and North Korean leader Kim Jong Un are still talking in private at the demilitarized zone (DMZ) between the Koreas.

Treasury Secretary Steve Mnuchin and Trump's advisors Ivanka Trump and Jared Kushner, his daughter and son-in-law, have left the meeting.

Trump and Kim are to emerge shortly.

The Trump-Kim meeting could indicate a sign of progress toward North Korean denuclearization, Hancocks said -- and ultimately, peace on the Korean Peninsula, and the formal end of the Korean War.

"It is largely symbolic in some ways, but it is an important step for South Koreans. For President Moon Jae-in, he's been very clear about this. His most important task is to make sure there's not a second Korean War. His parents are North Korean refugees or were North Korean refugees. He was part of the family reunions. He went with his mother to meet his auntie from North Korea that he had never met before as part of those reunions between North and South Korea when times were good. This is a very personal issue for President Moon," Hancocks said. 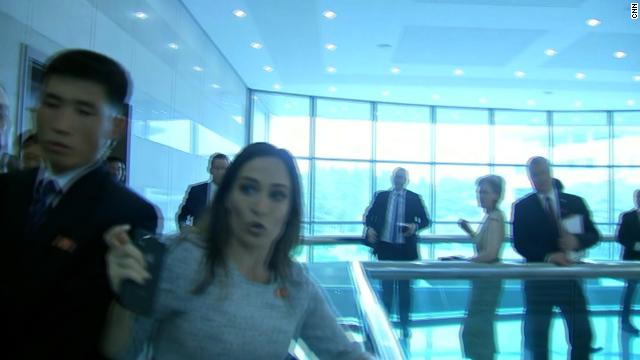 US President Donald Trump has just made history as the first sitting American president to step onto North Korean soil.

First, the two leaders strode toward the border line dividing the two Koreas. 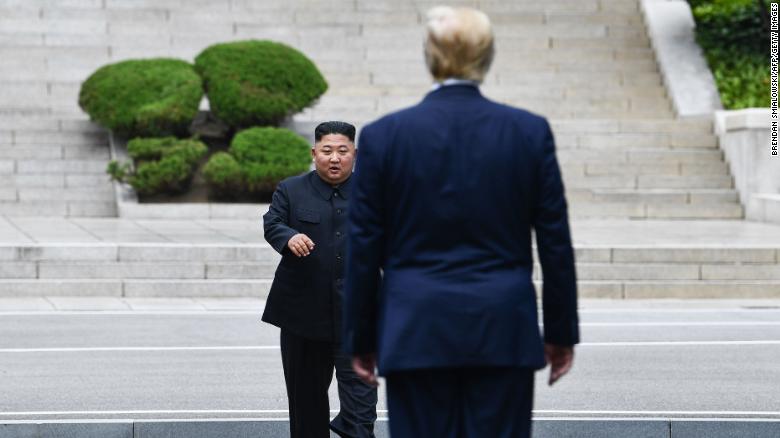 They then shook hands, before walking together back across the line into South Korea. 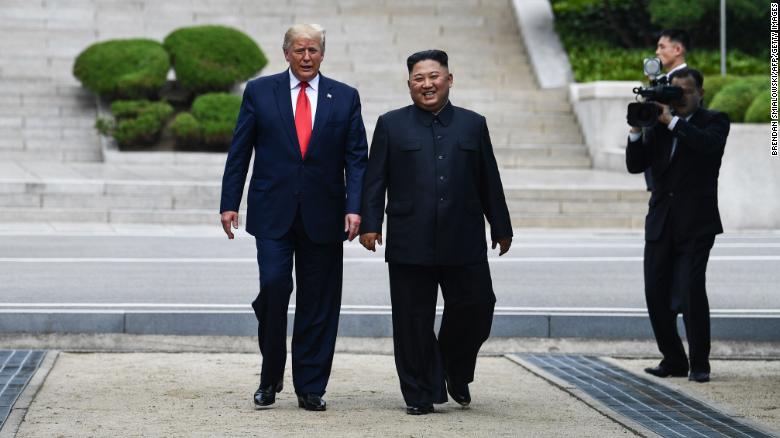 They are now holding a private bilateral meeting at the demilitarized zone (DMZ). 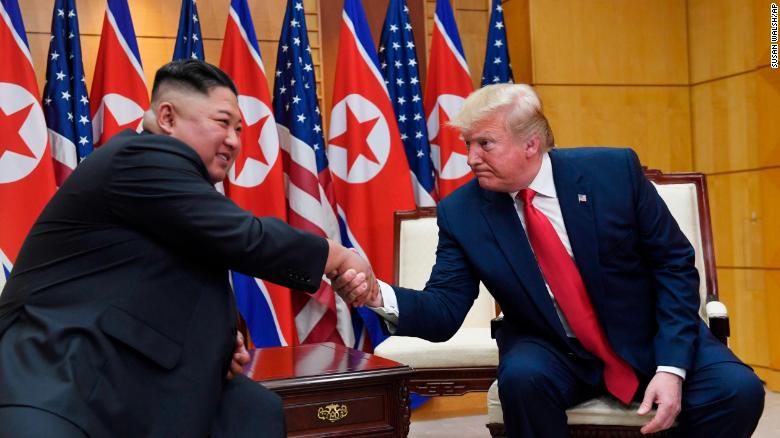 US President Donald Trump was "proud to step over the line" into North Korea, he said sitting next to North Korean leader Kim Jong Un.

Trump thanked Kim once again for meeting and added, "When I put out the social media notification, if he didn't show up, the press was going to make me look very bad."

Trump said because Kim showed up, they both looked good.

"This could be a very historic moment and I guess that's what it is," Trump said. "I think the relationship that we've developed has meant so much to so many people."

US President Donald Trump has become the first sitting US President to step into North Korea.

He met North Korean leader Kim Jong Un at the border between the two Koreas just now, before stepping over and walking 20 steps into North Korea.

The two leaders are now holding a private bilateral meeting.

As North Korean leader Kim Jong Un and US President Donald Trump met at the border line that divides the two Koreas, Kim said, "If you step over this line you will be the first US president to step on North Korean soil."

Trump then stepped over, to which Kim said, “President Trump has just walked across the demarcation line. That has made him the first US President to visit our country. Actually just looking at this action, this is an expression of his willingness to eliminate all the unfortunate past and open a new future.”