Meanwhile, on Twitter: Hours before the event kicked off, Trump tweeted about the need to build his border wall. He also said, "DACA is dead because the Democrats didn’t care or act."

Our live coverage has ended. Check out the posts below to see how this year's White House Easter Egg Roll went down.

At today's Easter Egg Roll, CNN’s Jim Acosta asked President Trump if DACA recipients should be worried about their futures.

"Democrats have really let them down," Trump said. "It's a shame."

Where things stand with DACA

In September, Trump announced the Deferred Action for Childhood Arrivals program would end, and he gave a deadline of March 5, created to give Congress time to come up with a legislative version of the policy.

But multiple federal judges ruled that the justification the Trump administration was using to terminate the program was shaky at best -- and ordered DHS to resume renewing all existing DACA permits.

Trump's comments at the Egg Roll mirror his tweets from this morning: "DACA is dead because the Democrats didn't care or act, and now everyone wants to get onto the DACA bandwagon."

Children have been rolling eggs on the White House lawn all morning. Some even started as early as 7:30 a.m.

President Trump and first lady Melania watched a round of the game shortly after they addressed the crowd from the Truman Balcony.

He talked about the US economy and the military.

"This is a special year. Our country is doing great. You look at the economy, you look at what's happening. Nothing's ever easy, but we have never had an economy like we have right now. And we're going to make it bigger and better and stronger," Trump said.

On the military, he added: "Our military is now at a level, will soon be at a level it has never been before.

Any moment now, President Trump and first Lady Melania will walk out on the Truman Balcony so the President can address the participants of this years' White House Egg Roll.

The Easter Bunny will also likely join the Trumps. 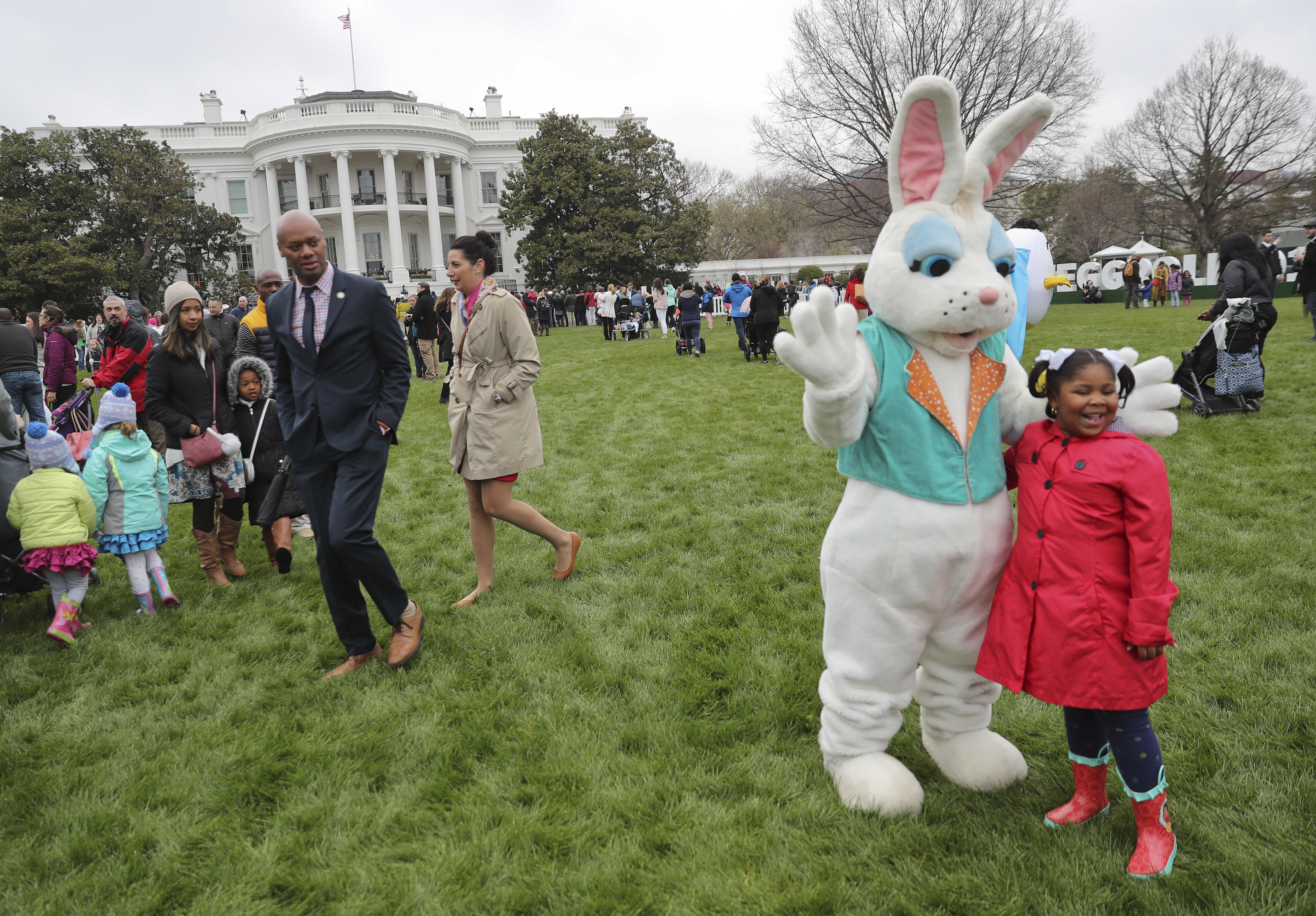 The Easter Bunny has made an appearance at this year's White House Easter Egg Roll.

The tradition of the costumed Easter Bunny began with a Pat Nixon staff member in 1969, per the White House Historical Association.

Former Trump administration press secretary Sean Spicer has a history with the Egg Roll himself: as a staffer in the George W. Bush administration, he was the man inside the Easter bunny suit. He did not reprise the role last year -- that we know of.

The 140th White House Easter Egg roll kicked off early this morning. By 7:30 a.m., children were already rolling eggs along the the White House lawn.

The White House is expecting 30,000 attendees today. On top of the traditional egg rolling, this year's Egg Roll will feature activity stations, including the first lady's new addition of lawn bowling, as well as egg and cookie decorating stations, a state egg display, cards for troops and costumed characters.

White House press secretary Sarah Sanders is taken a seat in the reading nook on the White House lawn.

Last year, then-White House press secretary Sean Spicer was there. He read "How To Catch The Easter Bunny" to a group of children. 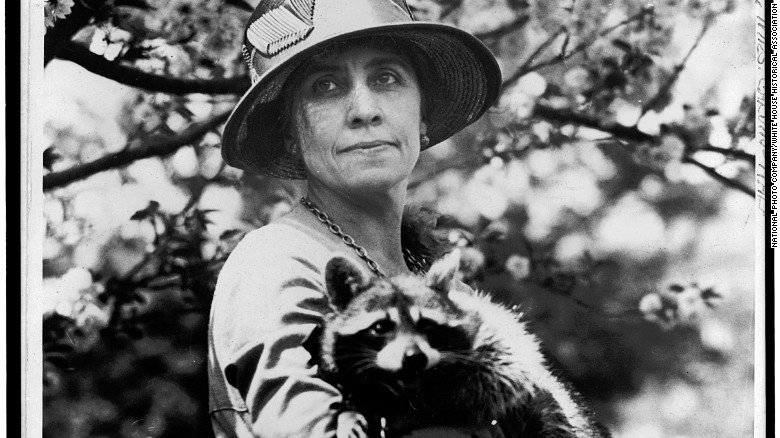 The egg rolling tradition began in the 1870s on Capitol grounds. After a particularly rotten 1876 roll in which eyewitness John C. Rathbone observed "the wanton destruction of the grass on the terraces of the park," President Ulysses S. Grant signed legislation to protect Capitol grounds, which prohibited egg rolling, per the National Archives.

But in 1878, a more egg-friendly President Rutherford B. Hayes allowed children to roll their eggs on the White House South Lawn.

Now, 140 years later the tradition continues, this year as a collaboration between the White House, the White House Historical Association, and the National Park Service.

It's always been a big production for the first lady's office.

Florence Harding dyed the eggs herself in 1921, The Washington Post reported.

In 1927, the Post reported that Grace Coolidge brought her pet raccoon, Rebecca, out on the grounds on a leash, much to the raccoon's chagrin.

Eleanor Roosevelt oversaw the egg roll during her husband's four terms in office, including 1937, when more than 50,000 children attended. Cold weather was to blame for depressed turnout in 1940, when just under 5,500 children attended, per the Syracuse Herald-Journal.