President Donald Trump has boarded Air Force One without speaking to reporters following his meeting with his Chinese counterpart Xi Jinping.

He was accompanied by the first lady as he boarded the plane.

The dinner meeting between Presidents Donald Trump and Xi Jinping has ended after roughly two-and-a-half hours.

The result of the talks aren’t yet known. Trump is on his way to the airport.

Russian President Vladimir Putin told reporters Saturday that while the current Ukraine leadership is in power, “the war will continue.”

Speaking to reporters earlier Saturday at the end of the summit, Putin called last Sunday’s incident on the Kerch Strait a “provocation.”

Putin went on to say the acting leadership of Ukraine is not interested in settling the current situation by “peaceful means” and this has been shown with the recent “provocation in the Black sea and in the Donbass.”

Putin also spoke on how martial law in Ukraine had has divided the country “with its own hands.” 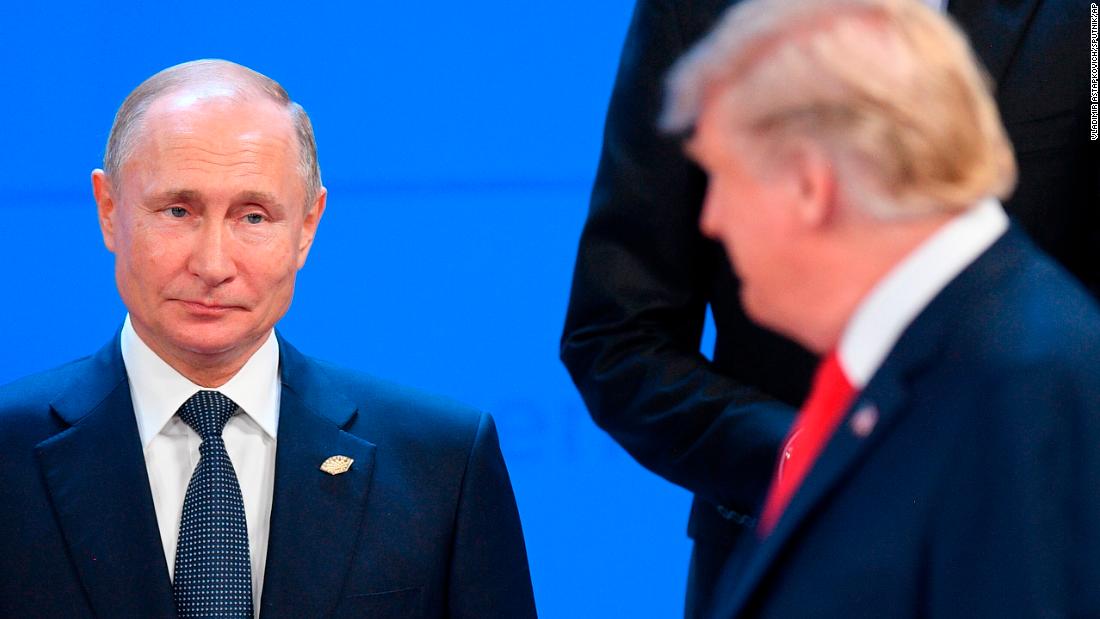 Speaking at the end of G20, Russian President Vladimir Putin said he discussed the Kerch Strait incident with US President Donald Trump when they briefly met at the summit, and informed Trump of Russia’s position.

“He has his position on that and I have mine,” Putin told reporters, adding that the two leaders did not change their positions.

Putin also said it was a “pity” that he was unable to have a full-fledged meeting with Trump because “the time is ripe, particularly with the problems around strategic stability.”

The two leaders spoke about how it is “essential to revive economic and trade issues” Putin said. He added that the leaders said dialog was needed with their countries and other nations on the issues of Syria, Afghanistan and North Korea.

Turkish President Recep Tayyip Erdoğan said Saturday that Turkey has never seen the murder of journalist Jamal Khashoggi “as a political issue and we shall never do.”

“For us this incident is a horrendous act of murder and will remain so,” Erdogan added in a press conference in Buenos Aires, where he was attending the G20 summit.

“Whoever has ordered and implemented this violent crime should be found out at once, unless the perpetrators are found out, the whole world and the Islamic community shall not be satisfied,” Erdogan said.

“We want to make sure that the murder is revealed in all of its aspects and the perpetrators are tried. We believe that this will also be in the interest of the Saudi family,” the Turkish president added.

President Donald Trump said Air Force One — the same modified 747 he is using in Buenos Aires — will fly to Houston to pick up the casket carrying the body of former President George H.W. Bush and transport it to Washington.

"Air Force One will be taking myself and a lot of our people back to Washington. It will then be reset and it will be sent to Houston to pick up the casket of President Bush and then be put back to Washington," Trump said.

Trump called it a "special tribute that he deserves."

President Donald Trump said he plans to raise the "fentanyl problem" with Chinese President Xi Jinping, in addition to the trade relationship between the two countries.

Sitting across the table from Xi, Trump said the meeting is a "very important" one and said that he believes the two will end up "doing something that will be great for China and great for the United States" as it relates to trade.

Trump said he plans to ask Xi to "do something" to stem the flow of fentanyl — a deadly opiate — into the United States.

"I will be asking the president to do something on that. I think he will be able to," Trump said, calling on Xi to "criminalize" fentanyl in China.

He also thanked Xi for "his nice best wishes to the Bush family."

While at the G20 summit, US President Donald Trump will dine with Chinese President Xi Jinping. Here's what will be served, according to The White House: