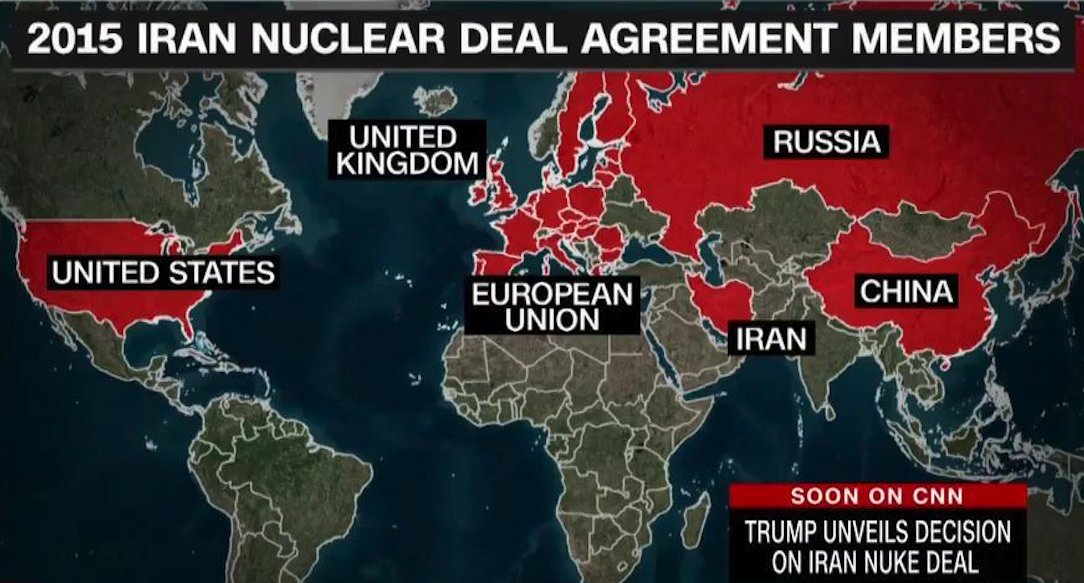 Our live coverage has ended. Scroll through the posts below to read about Trump's announcement.

But Mnuchin said the US has "slightly different views as to how to execute that."

The President, he said, has been clear about his thoughts on the deal.

"If Iran is serious, they will sit down and negotiate," he said. "We'll see how serious they are. And as it relates to our allies, we're going to work very closely with them."

Saudi Arabia says it "supports and welcomes" President Trump's decision to pull the US out of the Iran deal, and backs his plan to reinstate sanctions on the regime.

The Kingdom reaffirms its support of the strategy previously announced by President Trump towards Iran, and hopes the international community will take a firm and unified stance against the Iranian regime, and its destabilizing aggression in the region, its support to terrorist groups, particularly Hizbollah and the Houthis militias, and its support of the Assad regime—who has committed heinous crimes against its people that led to the death of more than half a million civilians, including through the use of chemical weapons.

A senior State Department official acknowledged to reporters the US did not discuss any “Plan B” with European partners ahead of President Trump’s announcement Tuesday that the US would be pulling out of the Iran nuclear agreement.

The official said that while the US and European partners made a “ton of progress” in attempting to reach a supplemental agreement that would satisfy President Trump ahead of the May 12 waiver deadline, they were not able to resolve the sticking point presented by the sunset issue.

The same official said sanctions would be implemented in two phases with the intention of giving countries and companies time to adjust:

All JCPOA-related sanctions waivers are pulled today, including those that were set to expire on July 11, so today is the start of both “wind down” periods.

Two senior State Department officials said talks are ongoing with European allies and the US still hopes to reach a comprehensive deal on countering Iran’s malign activities through a “global effort,” but the officials did not rule out secondary sanctions targeting European companies.

“We do think that, given the (Islamic Revolutionary Guard Corps') penetration of the Iranian economy and Iran’s behavior in the region, as well as its other nefarious activities, that companies should not do business in Iran,” one of the officials said. "That’s an intended consequence.”

The officials said the US believes the Iran nuclear deal has given Iran room to increase its so-called “malign activities” in the Middle East since it was reached in 2015. 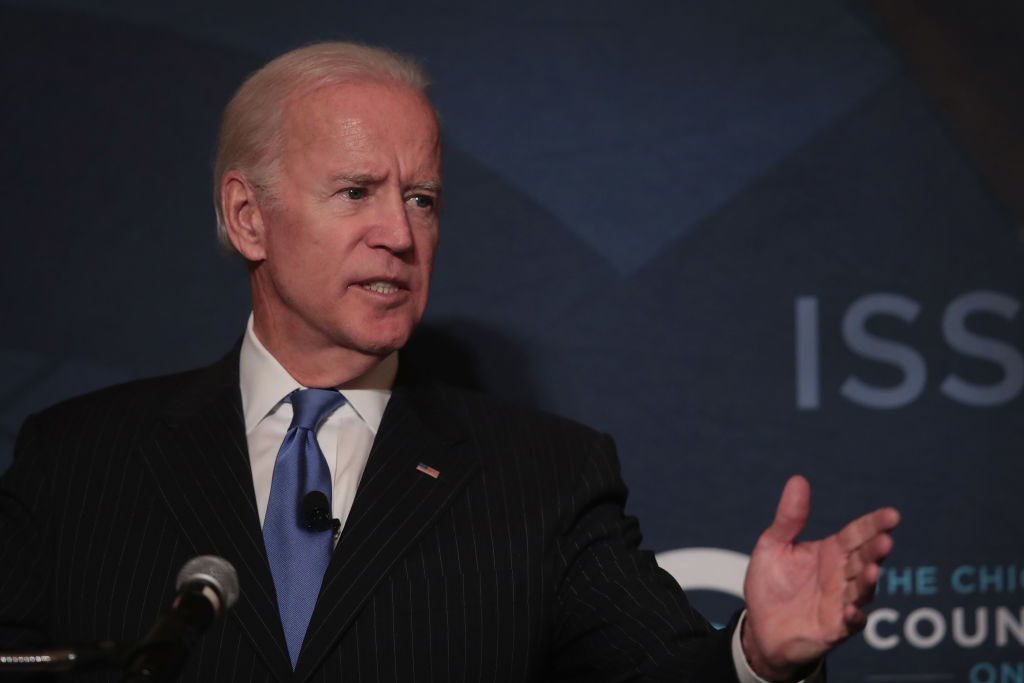 "It will isolate the United States from nearly every major world power," he said in a statement. "It will weaken our credibility and global leadership. It will allow Iran to garner international sympathy while doing nothing to reduce its harmful activities across the Middle East."

"All it will likely accomplish is to put Iran back on the path to a nuclear weapon with no clear diplomatic way out. This wholly unnecessary crisis could ultimately put the safety of our country and our fellow citizens, including thousands of men and women in uniform serving across the Middle East, at risk by setting us back on a path to war with Iran.

We should continue to work with our allies and partners to counter Iran’s ability to subvert Israel and other partners in the region. However, the deal provided a long-term check on Iran’s pathways to a nuclear bomb, buying us critical time and space to address the regime’s other destabilizing activities.

The fact is that the agreement has been working to prevent Iran from developing a nuclear weapon. The International Atomic Energy Agency says so. Our allies in Europe say so. Even the Trump administration has consistently certified Iran’s compliance, a fact confirmed by now-Secretary of State Pompeo's testimony just last month.

Talk of a “better deal” is an illusion. It took years of sanctions pressure, painstaking diplomacy, and the full support of the international community to achieve that goal. We have none of that in place today.

President Trump’s decision will do the opposite of what he says he intends. It will free up Iran’s path to a nuclear weapon and ultimately force us into a binary choice between engaging in a new military conflict or living with a nuclear-armed adversary, both of which pose grave national security risks. And it puts us at odds with our closest European allies, who repeatedly urged the United States to honor the agreement.

As a result, President Trump has manufactured a crisis for his own political interests that puts us on a collision course not only with an adversary but also with our closest partners. It is just the latest example of how President Trump’s notion of “America First” will leave America more alone and less secure." 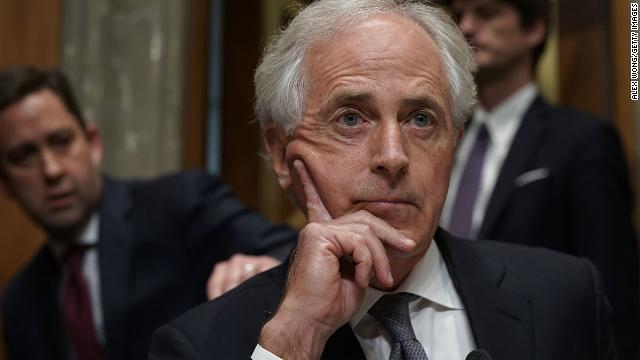 President Trump's decision to pull the US out of the Iran deal sparked outrage from Democrats and at least some criticism from his own party. 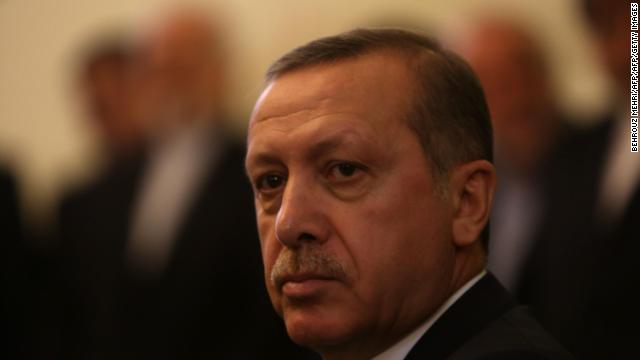 Turkish President Recep Tayyip Erdoğan told CNN that he fears that “new crises” will break out in the Middle East as a result of the US abandoning the Iran deal.

“We don’t need new crises in the region,” Erdoğan told CNN’s Becky Anderson, adding that President Trump's decision is not just going to impact the region, but the entire world.

“That is the reason why as Turkey, we will be hit … and the United States might gain some certain positivity out of the withdrawal of this…or the rising oil prices … but many of the countries, in poverty, will be hit even harder and deeper,” he said.

When asked if he has concerns of a geopolitical war breaking out as a result, Erdoğan said, “that’s not what we would wish to see, of course … this is not what we'd like to expect."

"However, in my point of view, the U.S. would be the ones to lose," he said. "Iran will never compromise on this agreement, and will abide by this agreement to the end … that’s what I think. However, the U.S. will lose in the end.”

Erdoğan said Trump should have respected the agreement, signed by the previous administration.

Republican Sen. Jeff Flake told CNN's Jake Tapper today that he doesn't think President Trump's decision to pull the US out of the Iran nuclear deal is "a wise move."

"I just don't think that it's a wise move," the Arizona lawmaker said.

"Our allies and our adversaries need to know that we are reliable, and I think that's missing right now."

Flake said he does not believe the country is safer as a result of the action.

The US State Department issued a security warning for American citizens on Tuesday, urging them to “consider carefully” when traveling to the Golan Heights “until the situation stabilizes.”

The State Department employees must also seek permission before traveling to the Golan Heights, situated in northern Israel, right next to Syria.

Israel opened up bomb shelters in the Golan Heights on Tuesday evening after the defense forces said “irregular activity of Iranian forces in Syria” was detected.

The Israel Defense Forces (IDF) is also on high alert in the area, and defense systems have been deployed.