Our live coverage has ended. Scroll through the posts below to read more about the backlash following President Trump's tweets or follow CNN Politics. 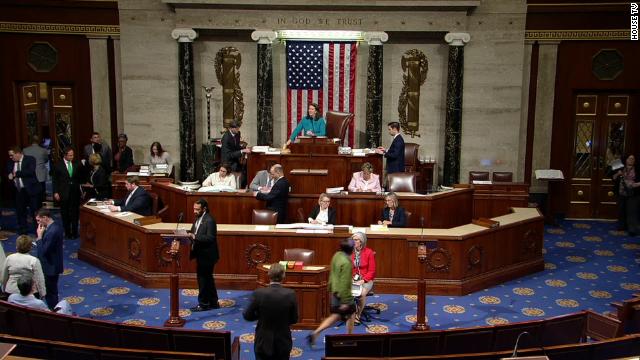 The vote came after a tumultuous couple of hours on Capitol Hill including a brief time in which House Speaker Nancy Pelosi was barred from speaking in the chamber.

Here's how the vote went down: 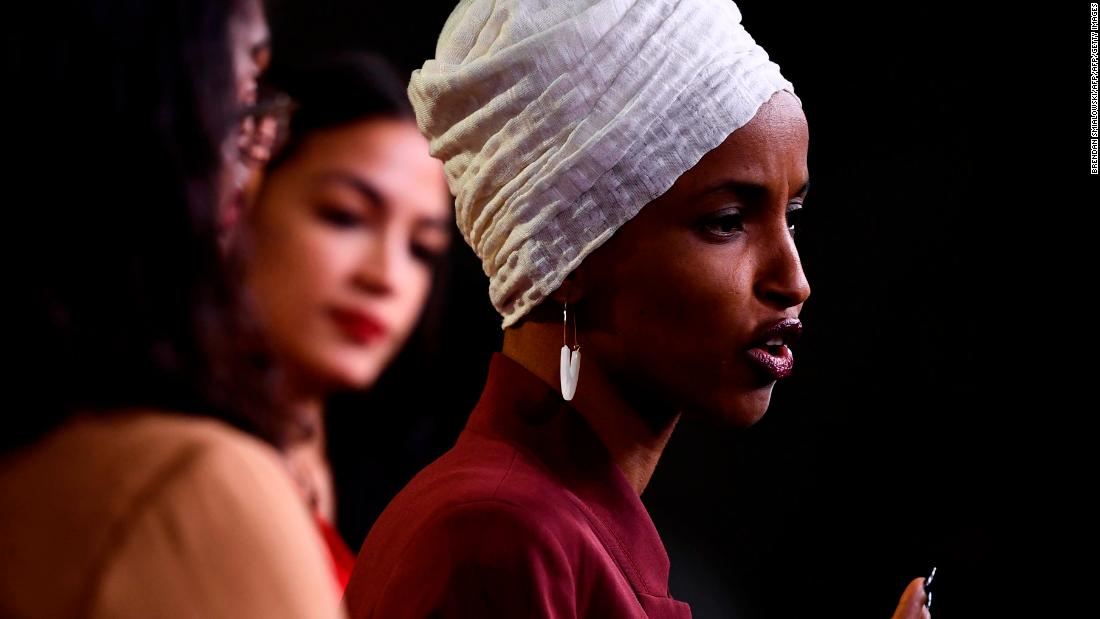 Rep. Ilhan Omar — one of the four Democratic congresswomen at the center of President Trump's racist tweets —said tonight's vote sends a message to President Trump and kids who are "wrestling with the weight" of his words.

"This is important because we are going to be able to send a clear message," the Minnesota lawmaker said. "Not only to this President that his behavior and his words are not acceptable."

"But we, I think, more importantly are sending a bigger message to the young kids who have heard it every single day. Who are wrestling with the weight of those words now coming from the President, that we hear them, we see them, and we will never allow anybody to tell them that this isn’t their country. And that they are not as valued as every single one of us," she said.

Some background: On Sunday, Trump suggested  in a series of tweets over the weekend that the congresswomen should "go back and help fix the totally broken and crime infested places from which they came."

The President's tweets did not explicitly mention the lawmakers by name, but it was clear who Trump was referring to. His comments came on the heels of a public clash between House Speaker Nancy Pelosi and the four lawmakers, Reps. Alexandria Ocasio-Cortez of New York, Rashida Tlaib of Michigan, Ilhan Omar of Minnesota and Ayanna Pressley of Massachusetts.

The President has continued to defend his remarks amid backlash on Capitol Hill.

While a significant number of congressional Republicans have rebuked the President over his comments, House GOP leadership has come to Trump's defense.

The vote is still open, but so far, four Republicans are currently siding with Democrats on condemnation resolution for President Trump’s racist tweets.

Note, Rep. Justin Amash, an independent, has also voted for the resolution. 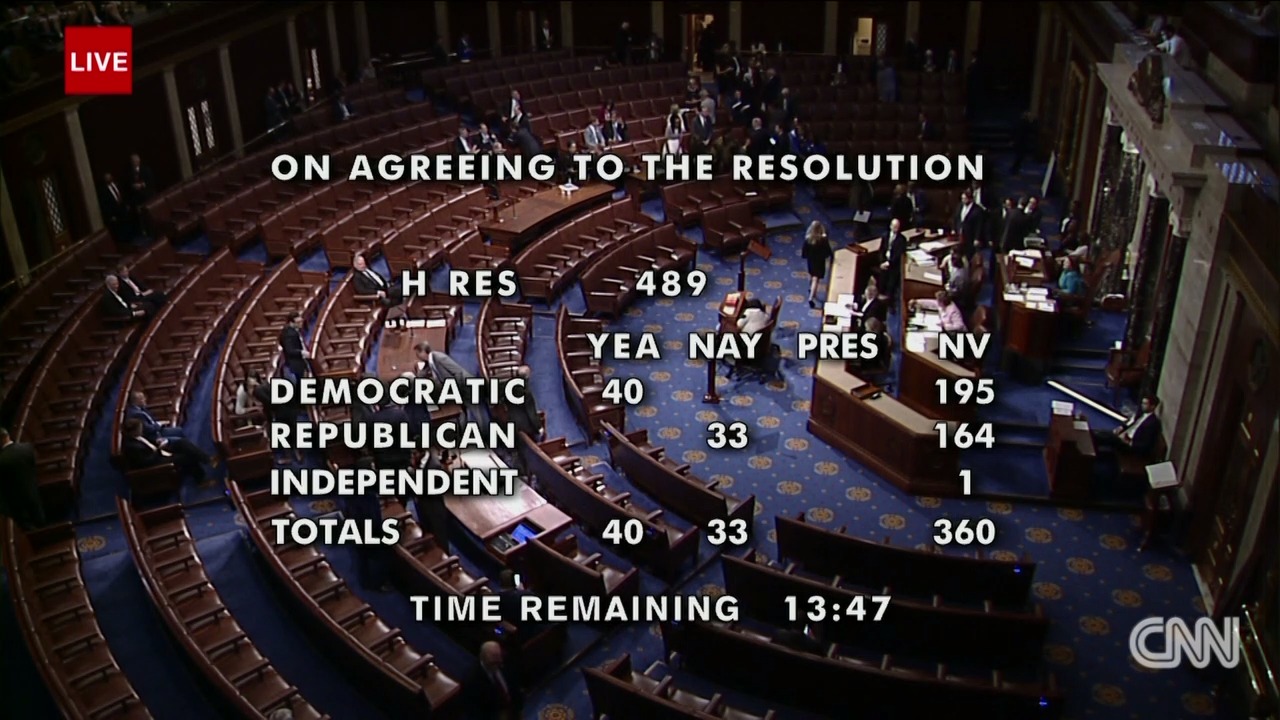 The House of Representatives is voting right now on a resolution to denounce President Trump for "racist comments" targeting four Democratic congresswomen of color.

The Democratic-controlled House voted not to strike House Speaker Nancy Pelosi's comments on President Trump's remarks from the record.

One thing to note: Pelosi was ruled to be in breach of House decorum in describing a resolution to condemn President Trump's racist attacks on four congresswomen.

House Majority Leader Steny Hoyer made the announcement that the House parliamentarian had ruled Pelosi's comments were not in order and should not be used in debate. The breach of decorum led to a vote on whether to strike her words from the record and a separate vote as to whether the speaker should have her speaking privileges for the day reinstated, privileges that are removed if a lawmaker is found not to be in order. (The House voted to allow Pelosi to speak on the floor of the House again.)

What Pelosi said: Speaking on the House floor, Pelosi called the President's remarks "not only divisive but dangerous."

"Every single member of this institution — Democratic and Republican — should join us in condemning the President's racist tweets. To do anything less would be a shocking rejection of our values and a shameful abdication of our oath of office to protect the American people," she said.

Pelosi said earlier that she cleared her remarks ahead of time with the parliamentarian.

House Speaker Nancy Pelosi said she will not take back her remarks describing President Trump's comments as racist earlier today on the House floor.

She went on to say she doesn’t think any of the words the President said would have stood up on the floor.

"Look, I stand by my statement. I’m proud of the attention has been called to it because what the President said was completely inappropriate against our colleagues but not just against them but against so many people in our country and he said to them “go back to where you came from," Pelosi said.

What happened earlier today: While addressing the House of Representatives during the debate over a resolution calling for members to condemn Trump's racist comments, Pelosi called the President's continued defense of his remarks "shameful."

"Every single member of this institution — Democratic and Republican — should join us in condemning the President's racist tweets. To do anything less would be a shocking rejection of our values and a shameful abdication of our oath of office to protect the American people," she said.

Deliberations over whether House Speaker Nancy Pelosi's words should be taken down are still ongoing, more than an hour and 15 minutes since they started.

Pelosi described President Trump's comments as racist in her floor speech today. She also said the "comments from the White House" are "disgraceful" and "disgusting" and that "these comments are racist."

Pelosi left for a religious freedom event off campus, but her staff has been on the floor near the dais in a tense huddle with parliamentarian staff and other staff for most of the time.

The top three Republican leaders — Kevin McCarthy, Steve Scalise and Liz Cheney — also came to the floor as they awaited the decision, talking with each other as well as with other GOP members who were on the floor during the deliberations.

And Democratic leaders like House Majority Leader Steny Hoyer and Judiciary Chair Jerry Nadler were also on hand. Nadler stood by the dais huddling with others, including at one point Eric Swalwell, while Hoyer stayed seated for much of the time on the floor.

One thing to note: If it's ruled that Pelosi's words are taken down because they violate the decorum of the House, it would mean that she's not allowed to speak again on the floor today without the House's permission. She could still vote, though.

It's fair to say it's a highly unusual thing for a speaker's words to be taken down — if that happens.