Our live coverage has ended. Scroll down to see the highlights from President Trump's rally.

Almost immediately after taking the stage inside a packed middle school gymnasium, Trump hailed his recent foreign policy accomplishments, including securing the release of three American prisoners from North Korea.

If you missed it, here are Trump's key quotes:

Trump, who announced this week his decision to pull the US out of the Iran deal, said his administration is imposing harsh and strong sanctions on Iran.

He continued: "We cannot allow them to have nuclear weapons."

President Trump told his supporters at a rally in Indiana that their Second Amendment rights were "under siege."

"Never believe that your Second Amendment is not under siege," he said.

The President made the similar remarks while speaking to National Rifle Associate members in Dallas last week. Trump, while speaking at the NRA conference, said Second Amendment rights will never be under siege while he is president.

President Trump said his 2020 campaign slogan will be "Keep America Great" because "we're doing so well."

He said his current, "Make America Great Again," "wouldn't work out too well" when he starts campaigning in two years.

"It's going to be 'Keep America Great' because that's exactly where we are headed," Trump said. 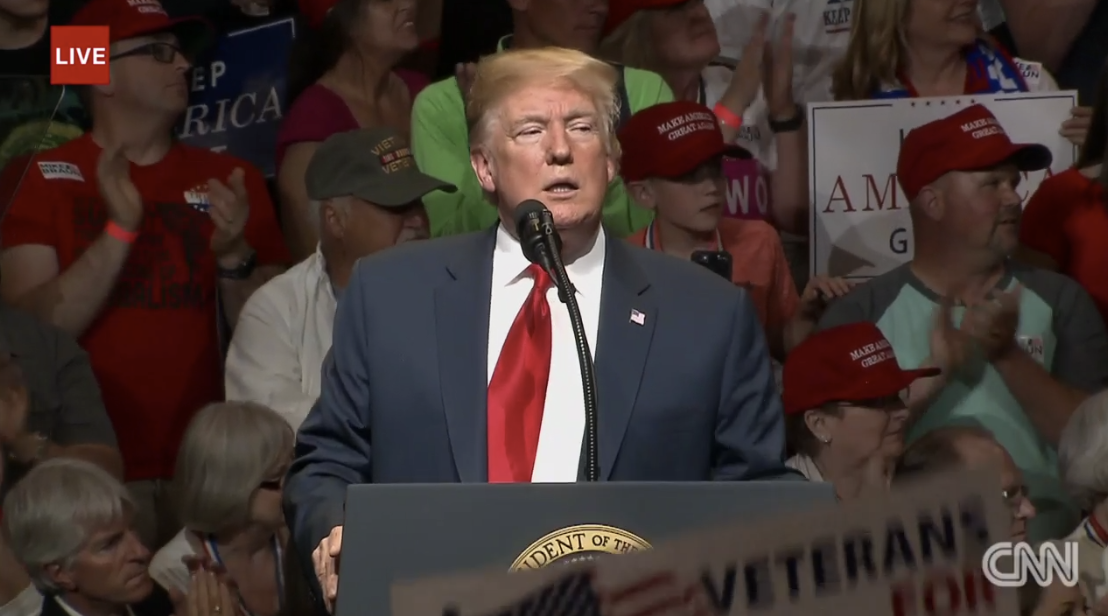 "I'll be meeting with Kim Jong Un to secure a future of peace and prosperity for the world and the relationship is good," he said.

On the upcoming summit with North Korea, Trump said, "Something very good is going to happen."

Trump also mentioned how he greeted the three Americans who were detained in North Korea.

"We welcomed them back home the proper way," he said. 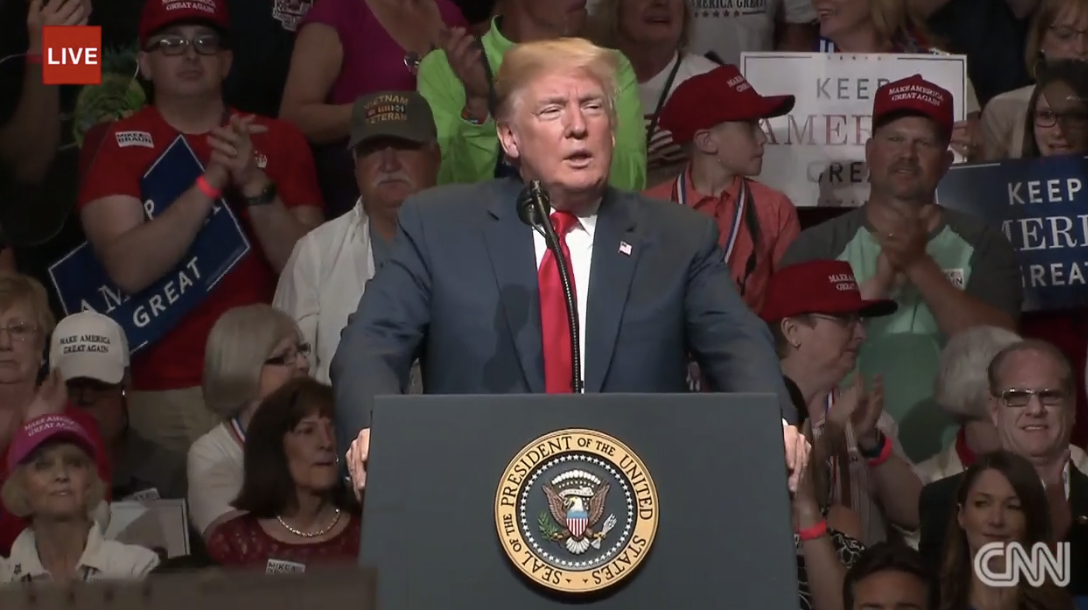 President Trump is speaking right now at a rally in Elkhart, Indiana.

Trump said "jobs are booming" and "confidence is soaring," as the US unlocks "opportunities for prosperity and peace."

"All of these changes are happening because America is being respected again," he said. 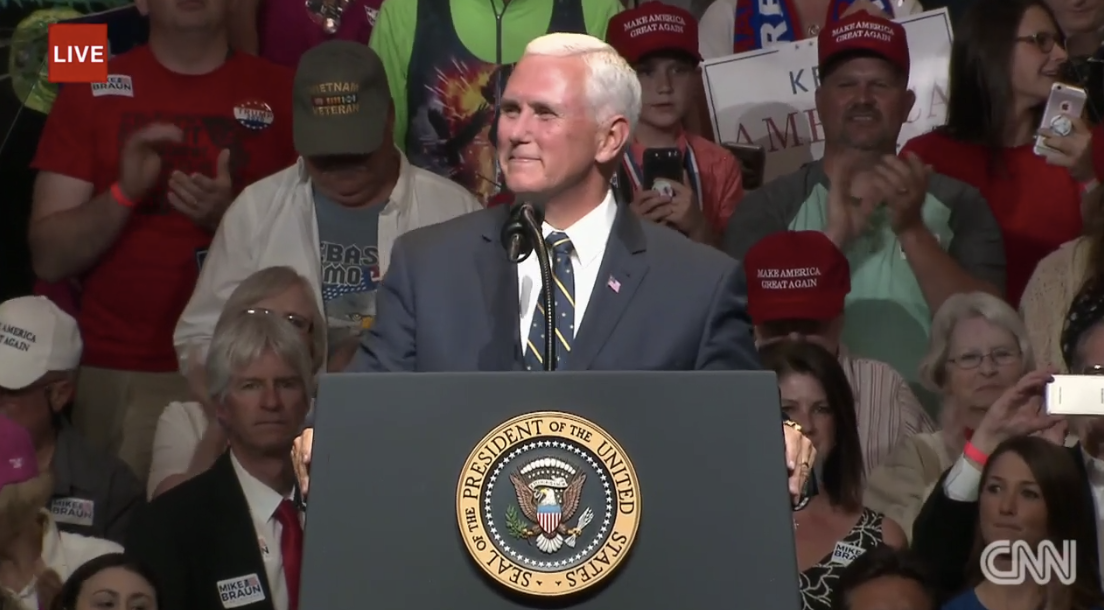 Pence, former Indiana governor, described Trump as a man of "action" and "of his word."

The President, he said, acted on his plan to pull the US out of the Iran Deal, and made progress on North Korea.

"What the world saw this week is an American president who embraces his role as a leader of the free world," he said. 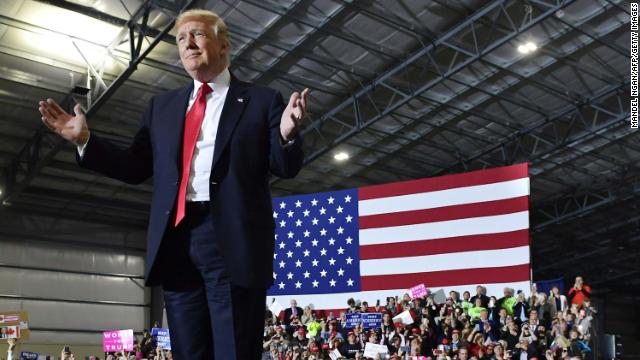 President Trump hopes to project party unity and forward momentum during a political rally in Indiana on tonight after a bitter GOP primary battle in the state earlier this week.

Trump is certain to hail this week's foreign policy accomplishments, including announcing the US withdrawal from Iran nuclear deal and the successful return of US prisoners from North Korea.

He's also expected to hail economic improvements in the country -- a potent topic in Elkhart, which then-President Barack Obama visited in 2009 only days into his term. Obama returned to the town, a hub of recreational vehicle manufacturing, in 2016.

Trump is expected to assume a larger role on the campaign trail in coming months as Republicans work to retain control of the House and Senate.