Our live coverage has ended. Scroll through the posts below to see how the day unfolded.

President Trump, speaking in the Rose Garden, said he and European Commission President Jean-Claude Juncker agreed to work toward eliminating tariffs and barriers between products, reducing tensions for now in a brewing trade war.

Earlier today, President Donald Trump sought to assure farmers that he has their back, as some began to feel the effects of the escalating trade war with China.

Trump said both sides agreed to halt for now tariffs that threatened to devolve into a trade war as negotiations proceed.

“This was a very big day for free and fair trade,” the president said. 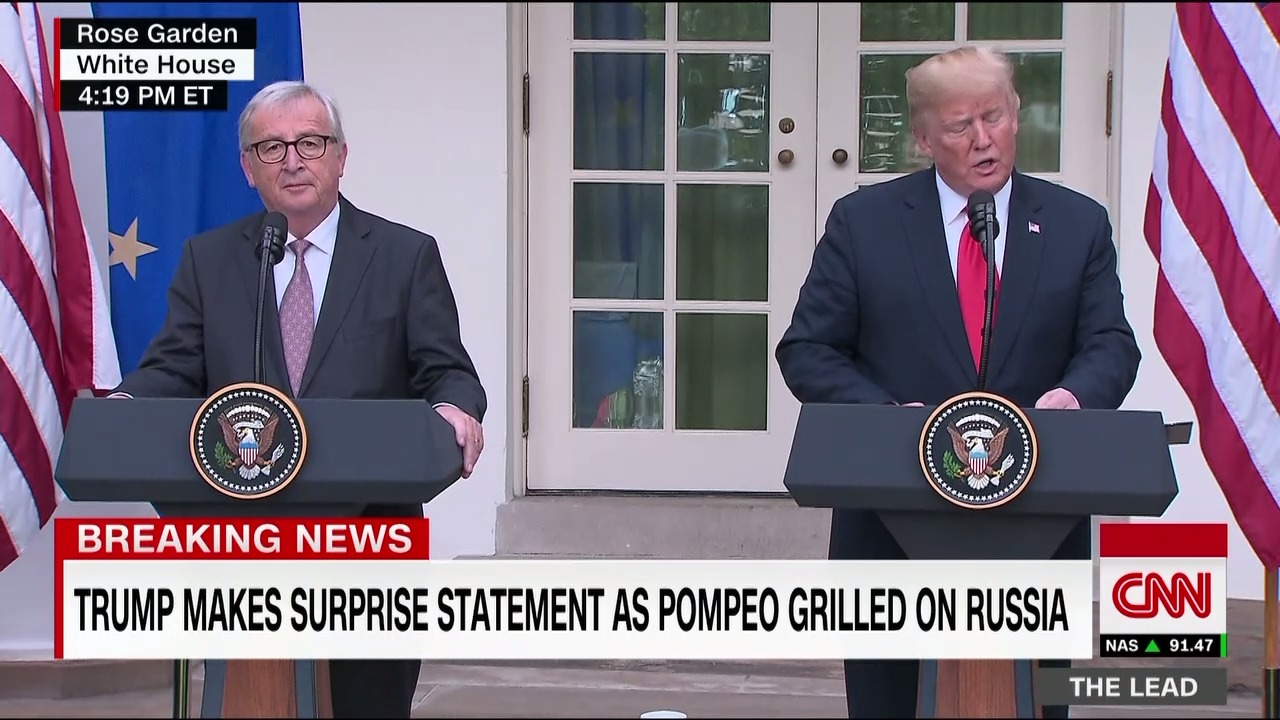 Trump opened his remarks speaking about the "big day" the two men had had, and said they had met with plans to "launch a new phase in the relationship between the United States and the European Union, a phase of close relationship, of strong trade relations and both of us will win." 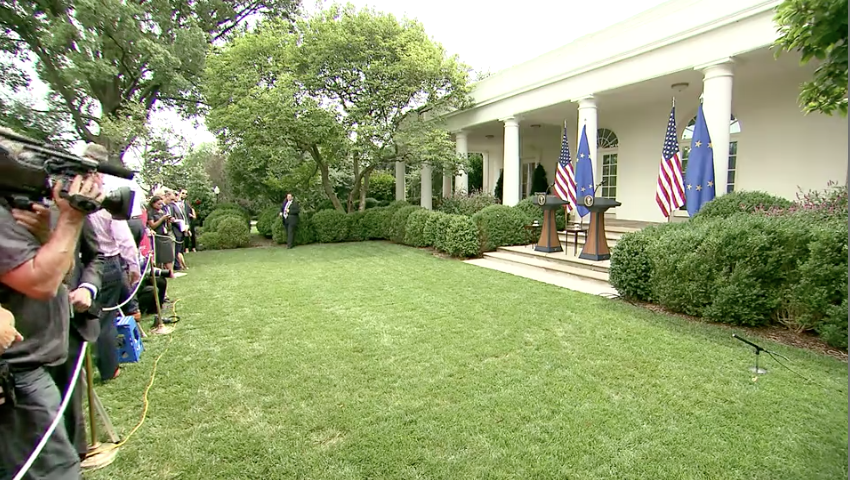 The sudden White House decision to delay President Trump's next meeting with Russian President Vladimir Putin is a big deal that should not be overlooked by the flood of other news today. 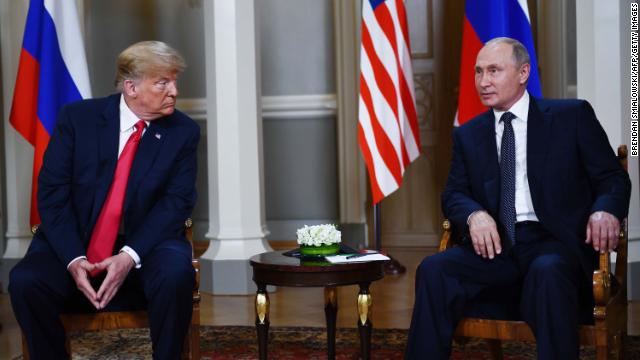 There will be no Trump/Putin summit in Washington this year after all.

The White House issued a statement from national security adviser John Bolton, saying that the next possible meeting between President Trump and Russian President Vladimir Putin won't happen until 2019.

“The President believes that the next bilateral meeting with President Putin should take place after the Russia witch hunt is over, so we’ve agreed that it will be after the first of the year.”

President Trump, speaking in a meeting with European Commission President Jean-Claude Juncker, said the US would be "extremely pleased" if all tariffs and barriers were eliminated with the European Union.

"If we can have no tariffs and no barriers and so no subsidies, the United States would be extremely pleased," Trump said.

He said the two sides were working toward a reciprocal trade agreement that can be "good for everybody." 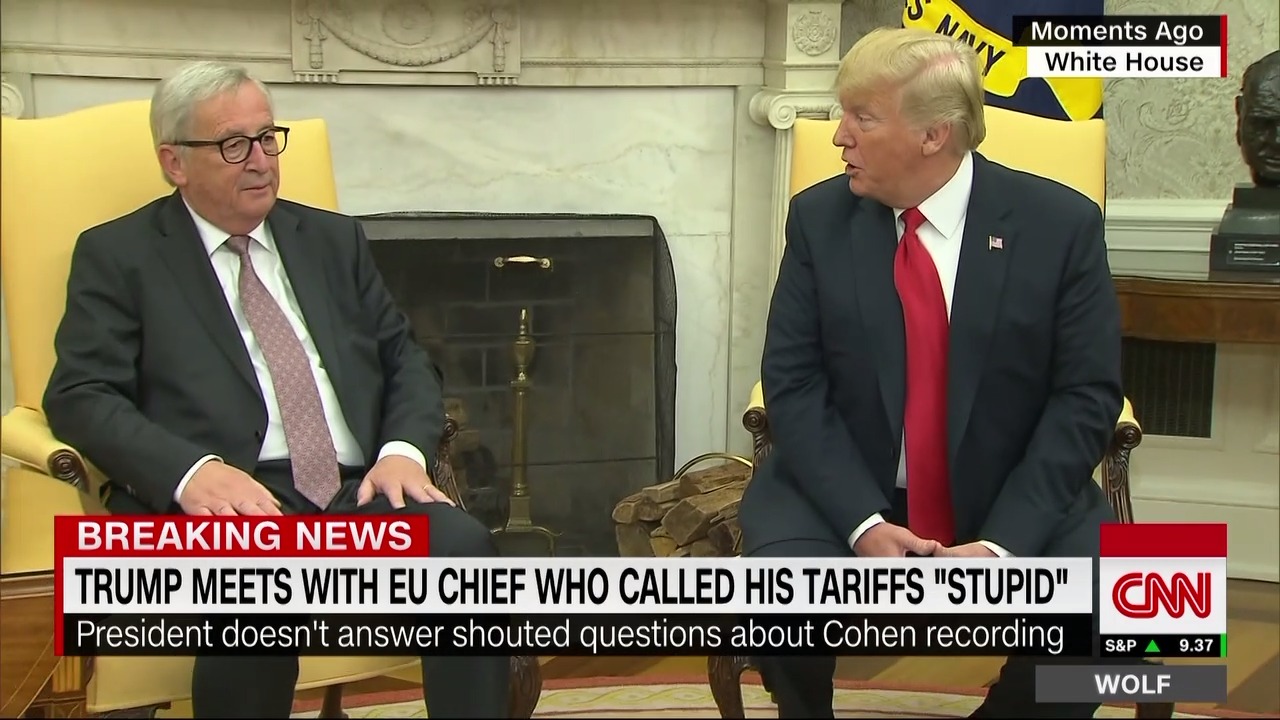 The two leaders gave brief statements, but neither responded to questions shouted at the end of the meeting. Trump did not address questions about Russian President Vladimir Putin and the Michael Cohen tape.

President Trump is scheduled to meet with European Commission President Jean-Claude Juncker at the White House at 1:30 p.m. ET.

The meeting comes amid a trade fight with Europe. The US has already put tariffs on aluminum and steel imports from the European Union, and now Trump is threatening to hike tariffs on cars made in Europe to 20%. EU officials hope the trip will help defuse the tension.

Last week, President Trump called the EU a "foe." When pressed on why he listed them as such, Trump responded: "No, I look at them all. Look, EU is very difficult. ... In a trade sense, they've really taken advantage of us and many of those countries are in NATO and they weren't paying their bills."

At a NATO summit earlier this month, Trump called out US allies — including many European countries — for not spending enough on defense. He also called Germany a "captive of Russia."