Our live coverage has ended. Read more about the 2020 election here.

More than 5.3 million people cast their vote in Texas, including the first eight days of early voting, according to data posted on the Texas Secretary of State website Wednesday morning. That represents a little more than 31% of registered voters.

On Tuesday, 519,696 people voted in person, bringing the total in-person votes to more than 4.6 million. Cumulative ballots-by-mail so far this cycle were 698,599.

Still, when looking at the data from the first eight days of early voting in the top five most populous counties in both cycles, turnout has increased by 375,540 in those counties -- an increase of about 20%. It's worth noting that those counties represent 42% of all registered voters.

The wife of a New Jersey police officer who died from coronavirus said Joe Biden called her late last night and expressed empathy for her loss.

“He called me, and he told me about his tragedies in his life, which I had already known about, and basically that no words that he could say would make a difference. He understood that. It was honestly just like talking to a friend,” Alice Roberts said in an interview on CNN’s “New Day.”

Roberts and the Democratic presidential nominee spoke for about 20 minutes around 11:30 p.m. ET, she said.

“He’s a kind, caring guy, and that to me is a huge piece of what we need right now in the White House,” she said.

She said that she wouldn’t want to hear from President Trump even if he called her.

“He’s spoken in his actions and, you know, as they say, actions speak louder than words,” she said.

“I don't feel that Trump has lost anything … We've lost an incredible amount and I think we just stand to lose so much more in the next four years if he is reelected,” she said during the interview.

Her husband, Charles Roberts, died of Covid-19 at 45 years old, leaving behind three children. Roberts said that she hopes the loss of her husband “can have some meaning and greater purpose.”

“This world has lost a really excellent police officer. … I’ve lost a partner, I've lost a cook, I've lost the guy who made me laugh all the time,” Roberts said.

“I just hope that his death can bring about some positive change in this country. And I want people to know we are a real family and we are really grieving, and this isn't fake news and it's not exaggerated,” she said.

President Trump isn’t planning formal debate prep sessions ahead of his second encounter with Joe Biden on Thursday but is receiving advice to lower the temperature, people familiar with the matter said.

Advisers have told Trump that Thursday’s debate could be his final chance to reverse negative impressions about his behavior among women and seniors. He’s been encouraged to appear less angry and even deploy some self-deprecating humor, which some of his advisers believe is when he is at his most likable, one person familiar with the matter said.

Trump has appeared somewhat receptive to the advice in meetings, and has said he may try to interrupt less. But he has maintained that he won’t hold back if he believes he’s being maligned or unfairly treated by the moderator.

But he is clearly heading into the debate in an agitated state of mind, feuding with Dr. Anthony Fauci and Lesley Stahl and telling reporters he is “running angry” in the final stretch. He has been upset at stories depicting his campaign as doomed, and in particular the notion of Republicans starting to distance themselves, believing he still has a good shot of winning.

That has left some aides without a good idea of what Thursday’s debate will really look like; heading into the first debate, few expected Trump to come off as angry as he did. There are also fears Trump will go too hard against Kristen Welker, the moderator, which could only further erode his standing with women.

Instead of mock debates, Trump is spending the days leading up to the event on the road campaigning and participating in interviews. He has said that schedule provides him adequate debate experience instead of the formal practice debates. A majority of the participants in his practice sessions in September contracted coronavirus.

His Democratic rival, Joe Biden, had nearly three times that amount — more than $177 million — remaining in his war chest, highlighting how the former vice president's fundraising success in recent months left him with a substantial money advantage as the fall campaign got underway.

Trump's campaign burned through more money than it took in last month, spending more than $91 million on advertising alone, according to a report it filed Tuesday evening with the Federal Election Commission.

But the President's campaign has been outspent on television in recent weeks, as Biden has battered him on the airwaves, particularly in three swing states —Michigan, Pennsylvania and Wisconsin -- that helped Trump secure the White House four years ago.

One sign of the President's cash crunch: Over the weekend, he flew to deep-blue California for a high-dollar fundraising event that aides say brought in $11 million for his reelection.

Biden outraised Trump in both August and September and together with the Democratic Party committees started October with $432 million remaining in the bank. In all, Trump's political operation — including his joint fundraising committees with the Republican National Committee — was expected to report $251.4 million in available cash on hand.

But while the President can rely on the larger pool of Republican cash to fund his broader reelection push, including the ground campaign to turn out voters, his main campaign account generally handles advertising. Television stations must offer lower rates to candidates than to other political players, such as super PACs, so candidate money buys more ads.

Trump has trailed Biden in most polling. But Trump campaign officials insist they have sufficient funds to prevail, noting that Democrat Hillary Clinton outraised and outspent Trump in 2016 and still lost the presidency.

White House chief of staff Mark Meadows said there is a “high probability” that President Trump will release an interview he did with 60 Minutes before it airs Sunday, and accused journalist Lesley Stahl of acting “more like an opinion journalist.

“He didn't walk out,” Meadows told Fox Business on Wednesday. “I mean, the characterization of that – he spent over 45 minutes with Lesley Stahl. I've looked at every single minute of the interview and then some. We have tape of every single minute.”

Asked if the President would release the video before it’s scheduled to air Sunday, as he threatened to do on Twitter, Meadows said “there's a high probability.”

Later during a press gaggle, CNN’s Joe Johns also asked Meadows what happened during the interview, to which Meadows responded, “you’ll get to see it.”

Some background: According to multiple sources familiar with what happened, Trump abruptly ended a solo interview with CBS News' "60 Minutes" Tuesday and did not return for an appearance he was supposed to tape with Vice President Mike Pence.

After camera crews set up at the White House on Monday, Trump sat down with host Lesley Stahl for about 45 minutes on Tuesday before he abruptly ended the interview and told the network he believed they had enough material to use, according to two sources. 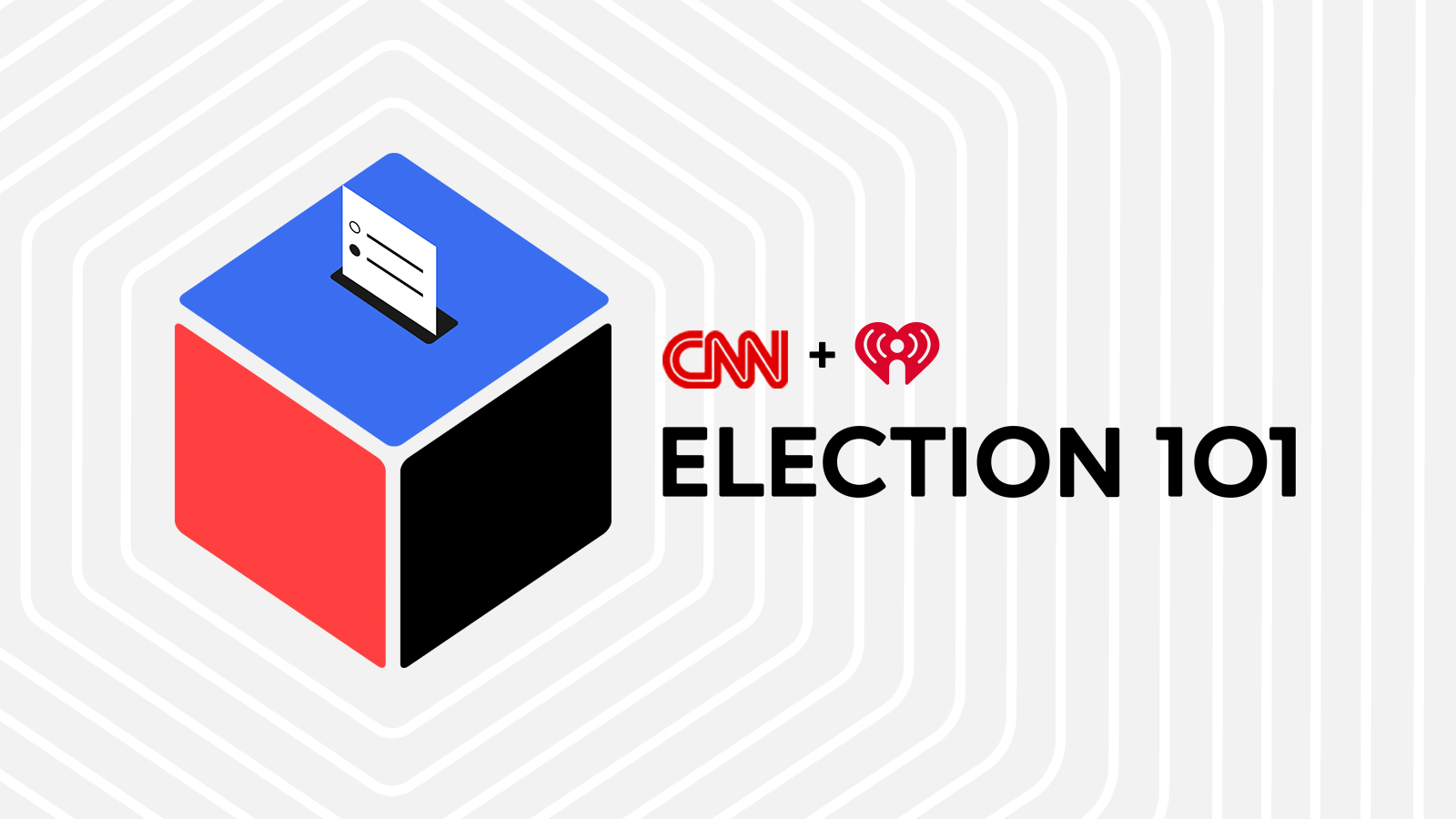 This election isn’t just about the race for the White House. For a lot of us, the issues we care most about, are handled at the local level and that’s why it’s important to understand who’s running and what they stand for.

This week, CNN's Kristen Holmes talks with ProPublica's Jessica Huseman about who else is on your ballot and why they matter.

Democratic presidential nominee Joe Biden said Tuesday that he thinks the new rule instituted for Thursday's debate — the plan to mute an opposing candidate’s microphone while the other candidate speaks — is a good idea, saying that it should go even further.

"I think it’s a good idea," Biden told CNN Milwaukee affiliate WISN. "I think there should be more limitations on us not interrupting one another."

Biden said he will come to the debate ready to discuss issues that affect the American people and he hopes President Trump will do the same.

But he noted that the President seems to be signaling that "all gonna be about personal attacks."

"But I’m going to try very hard to focus on the issues that affect the American people and talk to them and I hope they keep the rule – that uninterrupted two minutes," Biden said.

And Justine Okello is feeling emotional about his chance to do something so many people around the world can't: vote.

More immigrants who've become US citizens like them are eligible to vote in 2020 than ever before. And Georgia — a battleground state in this election — is where this group is growing the fastest, according to the Pew Research Center.

CNN spoke this month with naturalized US citizens in Georgia as they prepared to cast ballots in a US presidential election for the first time.

They told us why voting matters to them, and what issues they're weighing as they head to the polls. Their responses have been edited for length and clarity.

Some of these immigrant voters have candidates they support. Others are still considering the options. All of them are ready for you to hear what they have to say. 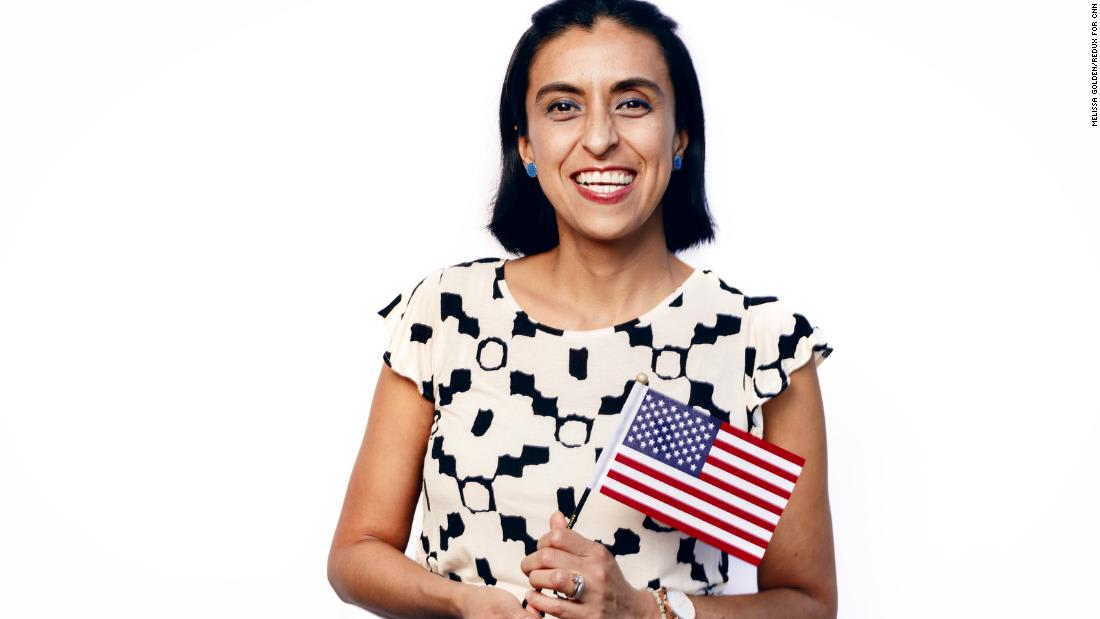 Cynical about the election? These first-time voters may inspire you

Less than weeks before Election Day, Joe Biden appears well-positioned to finish the job that Democrats above all hired him to do: Rebuild the party's blue wall in the Rust Belt.

Biden's principal asset in the 2020 Democratic primaries was the widespread sense among party voters that he was best qualified among the contenders to win back the defecting White voters, especially those without college degrees, who allowed Donald Trump to capture Michigan, Wisconsin and Pennsylvania in 2016 — and with them the presidency.

With remarkable consistency across these states, polls show Biden benefiting from similar dynamics, as he attracts a solid majority of around 55% or more of college-educated White voters; a preponderant majority of around four-fifths of African Americans; and about two-fifths of Whites without college degrees, a number, that while modest, represents a clear improvement over Hillary Clinton's anemic showing with them in 2016.

If Biden holds all of the 20 states Clinton won in 2016 and regains Pennsylvania, Michigan and Wisconsin, he will win — whether or not he captures any of his targets across the Sun Belt, or for that matter, Ohio or Iowa.

"He's settled in at a level that makes him formidable in terms of creating an Electoral College bloc that includes for sure Pennsylvania, Michigan and Wisconsin, but also Minnesota, while competing readily for Ohio and Iowa," says veteran Democratic pollster Stanley B. Greenberg. Unless Trump can reverse Biden's advantages in the key Rust Belt battlegrounds, Greenberg argues, the former vice president "has locked up the presidency. ... You have an impossible Electoral College advantage with the states he's ahead of in the Rust Belt."

Trump stunned Democrats in 2016 when he captured Michigan, Wisconsin and Pennsylvania, despite trailing in the polls then too, behind an unexpected surge of turnout from his core group of non-college-educated Whites, especially those in small-town and rural communities.

Apart from Michigan, where Trump's relentless attacks on Democratic Gov. Gretchen Whitmer during the coronavirus pandemic have weakened his position, few in either party rule out the possibility of Trump surprising again in the Rust Belt, even if polls are more favorable for Biden now than Clinton then.