Rebel MP Richard Benyon who defied UK Prime Minister Boris Johnson on Tuesday night, told CNN he voted against the government because he does not want a Brexit that will "cause real harm to people."

"I want us to leave the EU," he added. "I was a Remainer, but I'm a democrat and I think it's right for this country."

Benyon added that Johnson's divisive -- and most senior adviser -- Dominic Cummings, was "largely responsible for the rebellion."

"Some of the comments he made to some people tipped the balance," Benyon said, adding that he was "quite amazed at how some senior members of the party were treated" when they were fired.

You can read more about Cummings who's considered the real brains behind Johnson's Brexit plan in a profile by CNN's Luke McGee here: 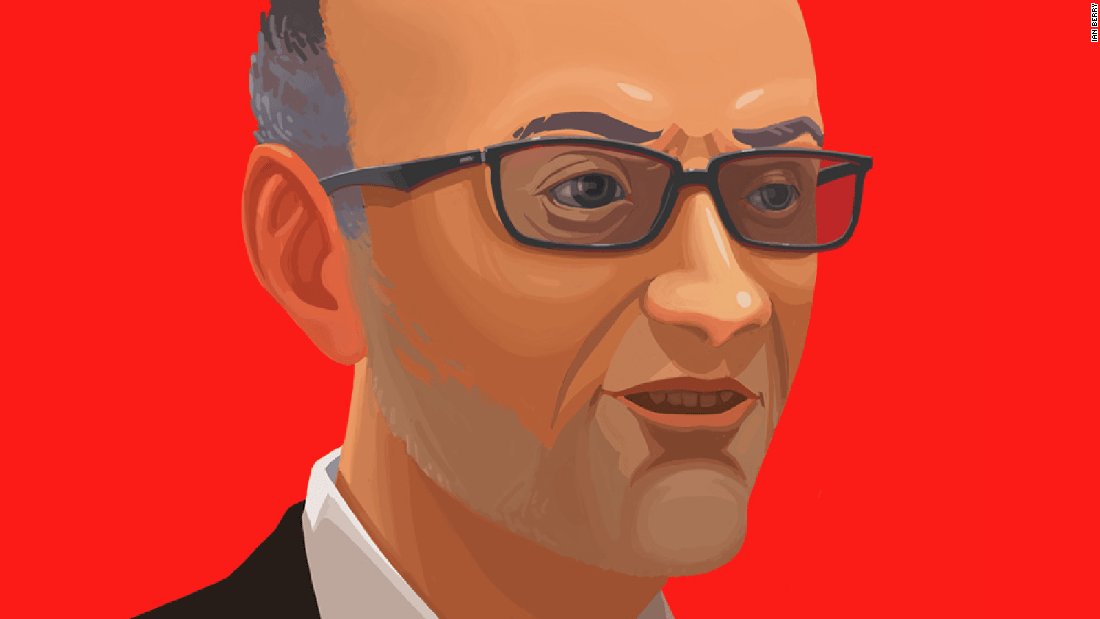 Scottish National Party (SNP) lawmaker Joanna Cherry, who was behind the legal challenge in Scotland, has tweeted that an appeal will be launched against Wednesday's judgment which found Boris Johnson's planned suspension of Parliament lawful.

"We think he's erred in law on this point & others & will seek to appeal immediately," Cherry wrote.

Liberal Democrats' leader in the House of Lords has tweeted a picture of himself arriving at the upper house of Parliament with a duvet, change of clothes and shaving kit as he prepares for what could turn into an all-night sitting.

"Could take us a while to see off 86 wrecking amendments on timetable motion today/tomorrow," Newby tweeted.

If the bill is passed by the House of Commons to block a no-deal Brexit on Wednesday night, it will have to move through the House of Lords in order to become law.

More than 100,000 people have registered to vote in the past 48 hours, according to the Press Association (PA).

Government figures show that 52,408 people submitted applications on Monday and 64,485 on Tuesday, PA reported -- which is well above the usual amount of applications per day.

According to PA, 58% of the applications were from people under 34 years old.

While the Brexit drama continues to unfold in the UK, the European Union is in wait-and-see mode -- a place they've been time and time again while waiting for Westminster to make a decision.

On Wednesday morning the European Commission said it would intensify its no-deal planning. This would explore a further package of assistance measures for member states affected by a no-deal Brexit, which includes the possibility of releasing emergency funds that are normally reserved for volcanoes, earthquakes and floods.

Then, at around 2 p.m. local time (8 a.m. ET), a British delegation will meet in Brussels for "technical talks."

A UK official told CNN that the team intends to "run through a range of issues including the removal of the backstop" and that UK Prime Minister Boris Johnson "has been clear that there will be no deal unless the Withdrawal Agreement is reopened and the backstop [is] taken out."

However, the official also conceded that the UK and EU "remain some distance apart on key issues," but added that both are "willing to work hard to find a way through."

Judge Raymond Doherty ruled on Wednesday that British Prime Minister Boris Johnson's controversial decision to suspend Parliament for five weeks was legal and that there had been "no contravention in the rule of law."

Doherty, of Scotland's highest court, said he was refusing a petition filed by various parties to stop Johnson suspending Parliament next week because “Parliament has exclusive control of its own affairs” and “it is for Parliament to decide when it will sit."

He added that "Parliament can sit before and after the prorogation."

The legal challenge in Scotland was the first of three taking place against Johnson's plans.

The Court of Session in Edinburgh, Scotland's highest court, has ruled that the Prime Minister's planned suspension of Parliament for more than a month is lawful, and that it is not a matter for the courts.

The leader of the Liberal Democrats, Jo Swinson, has told BBC's Radio 4 Today program that she's "very hopeful" there will be more defections.

"There is certainly many MPs who have for some time been very unhappy -- whether that's been in the Conservative Party or indeed the Labour Party," Swinson said.

She added that the Lib Dems could "rally people to stop the chaos that is Brexit" and "fight for a much better future for our country that people do not see under Boris Johnson or Jeremy Corbyn."

Scotland's First Minister Nicola Sturgeon has urged Boris Johnson to back an amendment to his motion for early elections, which could pave the way for a new vote, but only if the government accepts Parliament's bill to block no-deal Brexit first.

"If he has any respect for democracy, Johnson will support this amendment," Sturgeon tweeted. "Agree to abide by will of Parliament on the Bill blocking ‘no deal’ and then submit to the verdict of the people in a General Election."