Hours before a crucial EU summit to discuss the UK’s request to delay Brexit, German Chancellor Angela Merkel has told lawmakers that "we will discuss which sort of extension we will give to the UK -- it could well be possible that this might be a longer period than the British Prime Minster is asking for.’’

Merkel explained that if MPs in Westminster agree a Brexit deal, the UK can then leave the bloc quickly.

Merkel added: "We will discuss tonight that we will give the UK more time and we also have our expectations.’’

Merkel said a longer extension to Brexit would be tied to the UK taking part in the European elections in May and would be contingent upon the UK’s willingness to participate constructively in EU matters until the point at which it exits the European Union.

I am saying, for the German government, that a disorderly departure [of the UK from the EU] is not in our interest," Merkel told the Bundestag earlier Wednesday.

The German Chancellor said she was glad Prime Minister Theresa May had visited her in Berlin on Tuesday, saying May had "assured us one more time of her firm intention to find a solution out of this difficult situation together with the opposition.”

Merkel went on to say that she would like to give both parties in the UK more time to arrange an orderly Brexit.

The struggling UK economy is getting a boost from Brexit stockpiling.

UK GDP grew 0.3% in the three months to the end of February, the Office for National Statistics said Wednesday. Economists polled by Reuters were expecting an expansion of 0.2%.

Economists said the faster pace of growth was partly due to manufacturing businesses stockpiling materials and parts that would be harder to acquire if Britain crashes out of the European Union.

The Office for National Statistics said that it had seen evidence that manufacturers were engaged in stockpiling as the original Brexit deadline approached (the new deadline is Friday).

UK politicians have still not agreed a deal that would prevent a disorderly Brexit, which could lead to lengthy delays at the country's borders. 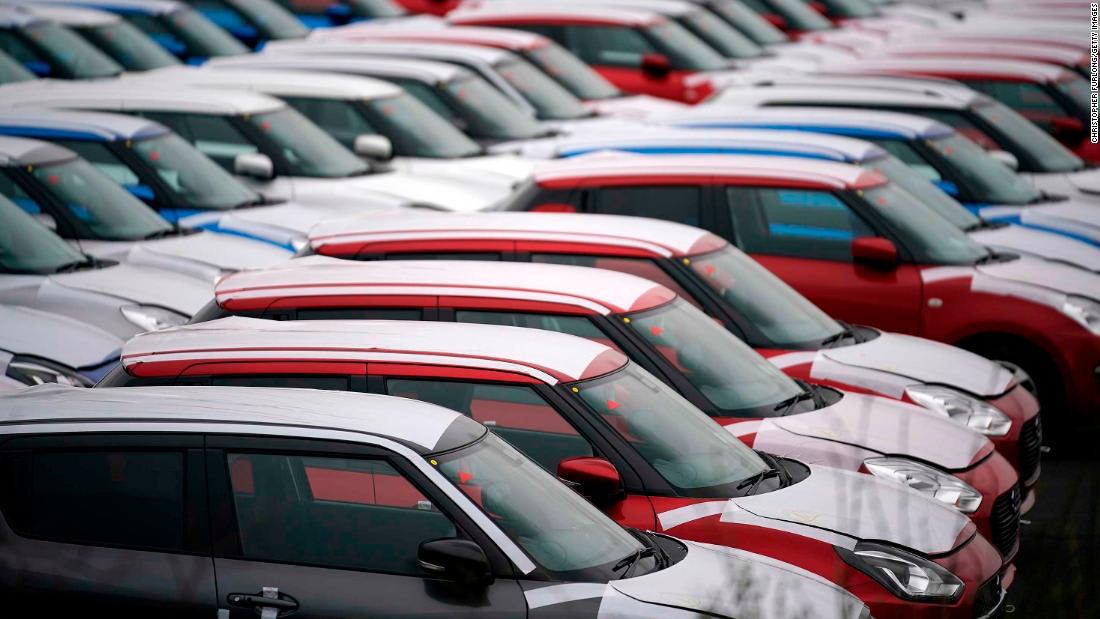 Brexit Secretary Stephen Barclay said Wednesday that the UK government will hold more talks throughout the day with the opposition Labour party in an attempt to break the deadlock.

He said the talks “have been described as constructive by both sides” but also acknowledged “it’s difficult, it’s contrary to the normal tradition of British politics to be operating in this way; but the reality is we need to get a vote through parliament.”

"I think there has been much frustration within the EU at the fact that Parliament has not been able to come to any resolution, it has been against any option put to it,” Barclay told BBC Radio 4 Wednesday.

Regarding Wednesday’s EU summit in Brussels and discussions of a year-long extension, Barclay said “I don’t want to see a delay for up to a year. But the key with any delay is we’re able to terminate it once we ratify that agreement.”

“There is a common desire across the Conservative party to get on with this. To actually get our exit through,” he added.

“It is Parliament that is refusing to actually honor the referendum result. We had a right to leave on the 22nd of May, we had that agreement with the European Union at the last Council [meeting]. The reason we have to go back today is not because of the Prime Minister, it is because Parliament once again refused to vote for the withdrawal agreement. And the EU themselves have been very clear that any deal for the future comes with a withdrawal agreement,” he added.

The European Commission's chief spokesman Margaritis Schinas says the European Council emergency summit on Wednesday, at which the bloc will decide on the UK's request to postpone Brexit again, is "the only game in town."

The sheer weirdness of Brexit might be best described by the odd spectacle that will take place in Brussels on Wednesday evening.

The UK is the world's fifth largest economy. It is a nuclear-armed state with a permanent seat on the United Nations Security Council. It has a world-class services industry and a population of more than 60 million people.

Malta, by contrast, is the world's 124th largest economy. It has, according to Eurostat, a population of under 500,000 people.

The UK's inability to agree on a political level how it wishes to leave the EU has caused the Brexit deadline, March 29, to be missed once already. The fact that the House of Commons rejected May's Brexit deal a third time on that very day has led to the unedifying events that will follow in Brussels a little later. 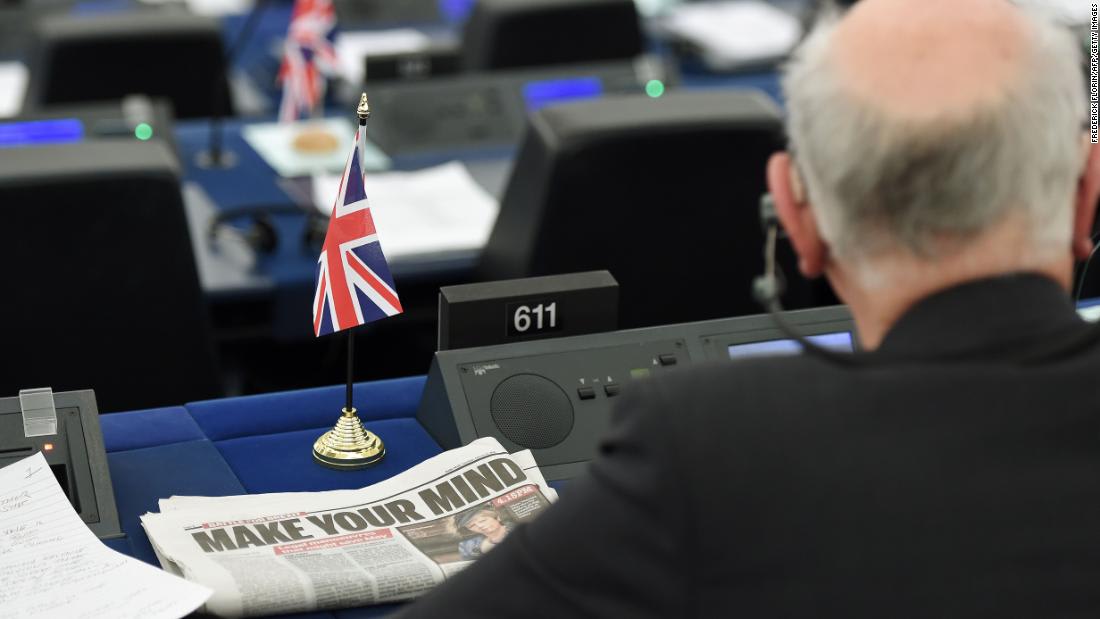 Brexit will be decided over a dinner table in Brussels

Conservative MP Henry Smith asks if Theresa May recognizes that a lengthy delay to the Brexit process and the UK's departure from the European Union would come at a huge financial cost to British taxpayers. He wonders if the UK's subscriptions to the EU would be better spent elsewhere.

May says she is "pressing the case for the extension that I wrote to Donald Tusk about last week and that was endorsed by Parliament last night."

The PM says the UK would have been outside the EU by now -- and could therefore have avoided paying further contributions to the bloc -- if her deal had been passed by MPs.

Ian Blackford, the Scottish National Party's leader in Westminster, says it has been a week since cross-party talks between the UK government and opposition Labour party began. He asks whether the notion of a second referendum has been floated from "the government side of the negotiating table" at any point.

May dodges the question saying the government's position on a second referendum has not changed, and reminds Blackford that the House of Commons has twice rejected a motion calling for a second vote.

When pressed by Blackford, May notes MPs would be able to propose a second referendum by proposing amendments to any Brexit deal that results from cross-party discussions when it comes back to the House of Commons for approval.

There may be those who wish to press this issue as it goes through but my position remains unchanged."

Commentators note that May did not say that she would oppose it, were the issue to come to a vote in the future.

Theresa May has opened the weekly Prime Minister's Questions session responding to a query over whether a no-deal Brexit would be best route forward.

The embattled leader said she did not agree, arguing that the best way to leave the European Union is with a deal.

The PM reiterated that she wants to honor the referendum result.

UK Prime Minister Theresa May is making a move from Downing Street and headed to the Houses of Parliament for her weekly question and answer session of Prime Minister's Questions at noon (7 a.m. ET).