Boris Johnson pushes for Brexit deal ahead of EU summit

Our live coverage of the Brexit negotiations has now ended. To read more click here.

A Brexit agreement “feels unlikely” to be reached on Wednesday during crunch talks between UK and EU negotiators, a government source has told CNN.

The source says 10 Downing St is “guiding operationally not to expect anything tonight.”

The European Union's chief Brexit negotiator, Michel Barnier has started his briefing to EU ambassadors on Brexit, according to a spokesman.

French President Emmanuel Macron said on Wednesday he wanted to believe a Brexit deal was being finalized and could be agreed on at the European Council summit Thursday.

I want to believe that an agreement is being finalized and that we’ll be able to endorse it tomorrow,” Macron said at the joint press conference with Merkel.

He continued, "We would like to endorse an agreement that I hope will be found in the next few hours. The feedback we’re getting today is positive." 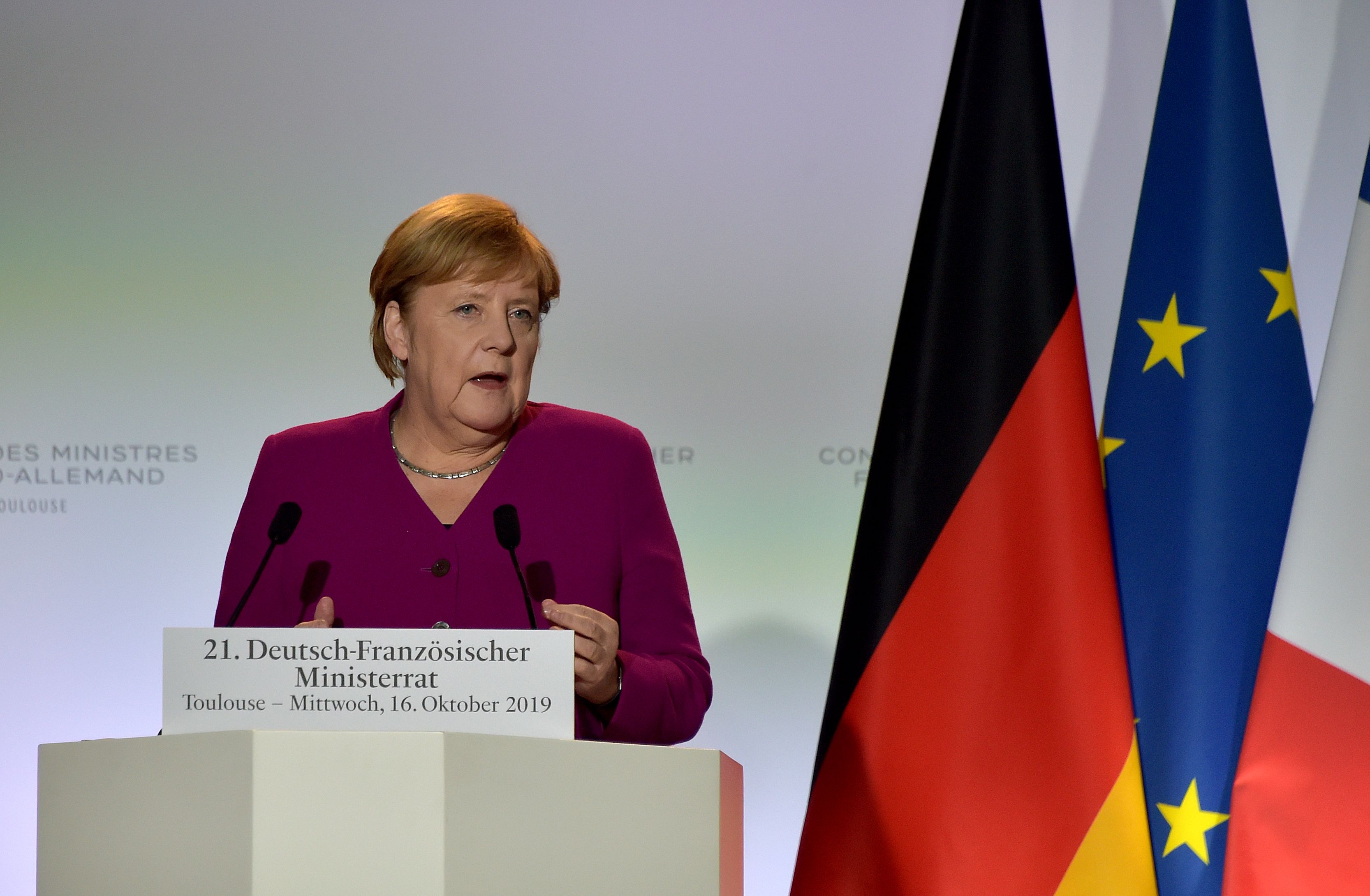 We're certainly getting some positive quotes out of this joint presser from German Chancellor Angela Merkel and French President Emmanuel Macron.

Merkel told reporters that Brexit talks between EU and UK negotiators in Brussels are on the “home stretch" on Wednesday evening, a day before a crucial EU summit that may approve a divorce deal with Britain.

We are on the home stretch and I really hope that there will be a successful agreement,” Merkel said during a joint presser alongside French President Emmanuel Macron

Merkel said she “believes there will be an agreement between the EU and the UK from what I’ve heard in the last few days and I believe even more that a deal is possible.”

Merkel praised the EU’s chief Brexit negotiator Michel Barnier for what he is expected to carry out “under these difficult circumstances” involving the other 27 EU members.

As the Brexit clock has ticked down over the last week and negotiating parties have continued to attempt to thrash out a deal, the pound has shot up. What happens next will likely have a huge impact on the British currency.

Traders are on edge as British Prime Minister Boris Johnson races to hammer out an agreement to take the United Kingdom out of the European Union before the October 31 deadline.

The pound was trading above $1.28 at 11:45 a.m. ET on Wednesday, and analysts believe it could jump as high as $1.35 or even $1.40 if Johnson is able to secure a deal that avoids a chaotic Brexit that ruptures trade and economic ties. One week ago, the pound was trading close to $1.22.

Volatility is very likely to remain extremely high because sterling is just reacting to the headlines as we have them," said Jane Foley, senior foreign exchange strategist at Rabobank.

Read more from CNN Business on what market analysts are advising their clients with the pound under pressure. 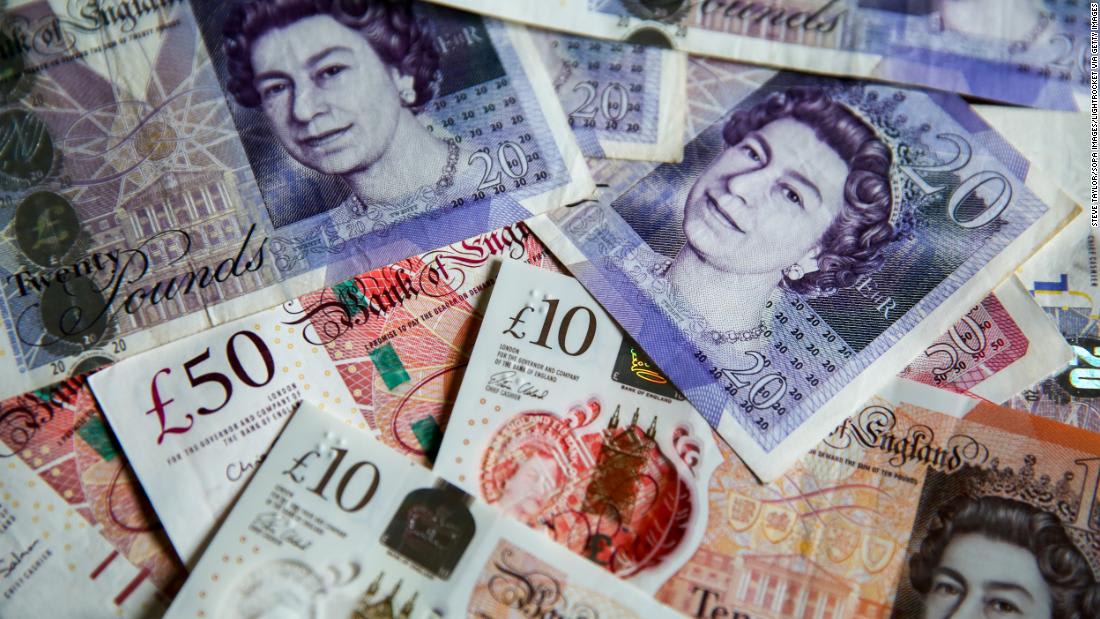 Brexit countdown is sending the pound on a wild ride. There's more to come

As talks teeter on the cusp of calamity or consensus, the DUP face the toughest choice in their history: compromise on Northern Ireland’s connection to the UK.

Brexit talks pivot on customs and consensus, or as DUP leader Arlene Foster frames it “respect of [the] constitutional and economic place of Northern Ireland in UK.” In real terms that appears to be coming down to what is euphemistically termed a border down the Irish Sea separating Northern Ireland and Great Britain, something the DUP have rejected before.

For decades the DUP have been a bastion for the province’s protestant Unionists resistant to a rising tide Irish nationalism. Past leaders grew infamous with chants of “no surrender,” determined to keep Northern Ireland an inseparable part of the United Kingdom.

Today’s DUP leaders have got more face time in the past few days with UK Prime Minister Boris Johnson than most members of his Cabinet as he seeks to sooth their jangled nerves.

For Johnson, Brexit is a political calculation. Polls in his party a few months ago revealed they’d dump the DUP if that’s what it took to get Brexit done even though the herculean task of getting Brexit through Parliament becomes nigh impossible without them.

The EU demands, and Johnson agrees, that Northern Ireland must maintain an open border with the Republic of Ireland, as written in the 1998 Good Friday peace agreement that ended decades of sectarian bloodshed.

The DUP sense an existential threat, not just for the party, but on the value they hold dearest, an unbreakable bond with Britain.

Whether the Irish border of significance separating the EU and UK becomes Northern Ireland/Republic of Ireland (RoI) border or Island of Ireland, RoI/GB border gets to centuries of history, of family narratives, of volatile parades and traditions going back to Battle of Boyne (1689), when Protestant King William of Orange triumphed over Catholic forces.

This weight of history sits on the DUP’s shoulders alongside a fear of a future in a United Ireland. Meanwhile the UUP, their NI Unionist political rivals breathe down their neck hoping to reap the spoils of a bad DUP decision.

Many of their voters are farmers and small businessmen whose livelihoods depend on an open border with Ireland. It’s counterintuitive to the party’s raison d’etre yet feeds in to fears of a slow slide towards a united Ireland.

The dilemma for the DUP seem multiple and inescapable: Give Johnson too much political wiggle room and they will be eaten by their own but miscalculate and a united Ireland edges closer.

Their voters know no amount of history will put food on their table, pragmatism beckons, and that for the DUP has always been one of their toughest challenges.

According to Boris Johnson's official spokesman, the motion "simply sets out the intention for Parliament to sit on Saturday," and would involve both the House of Commons and House of Lords, according to PA.

If approved, it would be the first time in decades that a special weekend session has been held.