Rival travel groups and airlines got a boost from Thomas Cook’s demise in early European trading.

Shares in the region’s leading low-cost airlines Ryanair and EasyJet were up by 2% and 5% respectively.

EasyJet is making a big push into the holiday business with the aim of selling accommodation packages to millions of people who fly with the airline but currently book hotels elsewhere.

EasyJet is also working with the UK Civil Aviation Authority to support the huge repatriation effort required to bring stranded Thomas Cook customers back to the United Kingdom. 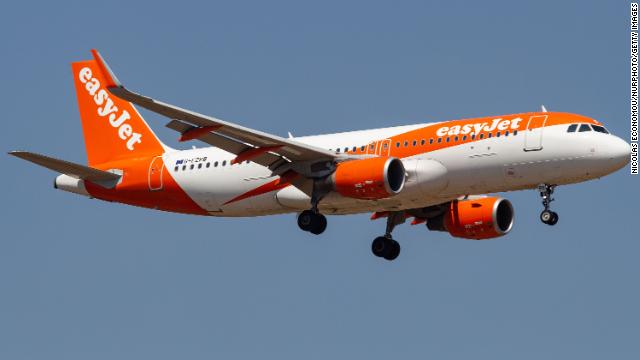 The UK Foreign Office has tweeted that because of a limited number of aircraft, it is "prioritizing passengers in areas with limited alternative options" after British tour operator Thomas Cook collapsed Sunday night.

"We are doing all we can get to get passengers home who can no longer travel on Thomas Cook services," it added.

The Shadow Secretary for the Department for Business, Energy and Industrial Strategy (BEIS), Rebecca Long-Bailey says Thomas Cook's collapse is "yet more evidence" of the UK Government's "indifference to British jobs and businesses going under."

“All viable options must be explored by Thomas Cook and the government must consider stepping in and taking an equity stake to avoid this crisis," Long-Bailey said in a statement.

“Refusing to do so is ideological shortsightedness: the government faces a simple choice between a £200m government cash injection to save the company now versus a £600m bill to repatriate UK holidaymakers.”

The British tour operator Thomas Cook has collapsed, with 600,000 travelers scattered around the world. If you're just joining us now, here's what you need to know:

Damian Matthews had been working at Thomas Cook as a commercial accountant since July, and told CNN he hasn't been told anything about the company collapse.

“I saw in (the) news, security had been hired to lock down our Manchester hangar where I work and that flights are grounded so didn’t seem any point in going in today,” he said.

He posted photos of the hangar today, tweeting that he felt "so privileged to have worked for Thomas Cook Airlines."

He said the airline had been "viable," but after increased media coverage of the crisis, suppliers withdrew and demanded immediate payments.

"Then consumer confidence was gone, so it felt like the end," he said. “I had hoped it’d be rescued but I worked in banking for a long time previously and knew that was going to be unlikely given banks won’t really want to own an airline and the brand was so damaged.”

For some travelers, the trouble doesn't stop once they land back in the UK.

The UK's Civil Aviation Authority (CAA) is working to return stranded travelers to Britain on repatriation flights, but there are already bumps in the arrangements. One flight from Spain's Palma de Mallorca back to the UK was originally supposed to land in London's Gatwick Airport, but has been rerouted to land in Manchester Airport.

The CAA site said transfers will be provided from Manchester to Gatwick, but it still spells extra hassle for travelers -- the two cities are about a four hour drive apart.

Two other flights originally leaving Palma to Birmingham and to Newcastle have also been rerouted to Manchester, about two and three hours away by car respectively.

The collapse of UK tour operator Thomas Cook has left hundreds of thousands of travelers stranded, but customers who made bookings through Thomas Cook India can rest easy.

Thomas Cook India said Monday it was a separate business so won’t be affected by the collapse of the venerable British brand. The company is owned by Canada’s Fairfax Financial Holdings, which bought a 77% stake in 2012.

“Please be reassured that all your bookings and transactions will continue to be smooth,” Thomas Cook India said on Twitter, adding that it only shares the Thomas Cook brand name through a licensing agreement.

Michael Welham was supposed to fly back to London's Stansted Airport after his week-long holiday in Menorca, Spain.

"They asked us to sit in a corner of the airport and wait for more news, which we are currently still doing," he told CNN.

A video he posted on Twitter shows the airport full of passengers all waiting with their suitcases. "Not going anywhere soon," he wrote in the post.

Condor, a German airline owned by Thomas Cook, will continue flight operations, it said in a press release.

"Condor continues to operate as a German company. In order to prevent liquidity constraints Condor has applied for a state-guaranteed bridging loan, which is currently under review by the Federal Government," said the release.

Condor's CEO Ralf Teckentrup said the airline would "continue to concentrate on what we do best: flying our customers to their holidays safely and on time.”