Our live coverage has ended for the night. Scroll through the posts to read more about the shooting in Jersey City.

A deadly shooting occurred today during an hours-long standoff between two suspects and law enforcement in Jersey City, New Jersey.

“Our sadness comes with an immense debt of gratitude for his service and sacrifice,” Murphy said. “Our condolences are with his wife and children and their entire family at this extraordinarily tough time.”

The governor went on to say he was "grateful the other officers wounded are currently recovering." He also offered his condolences to the families of three people believed to be civilians who were found dead inside a building.

“This was an incredibly tough day for Jersey City and for the entire state of New Jersey,” Murphy said.

The bomb squad is examining a stolen U-Haul from the scene, according to the Jersey City Police Chief Michael Kelly.

The U-Haul, which has removed from the scene, may contain an incendiary device, he said.

“The crime scene is very extensive and is at three locations at least,” he said.

Det. Joseph Seals, a 15-year-veteran of the Jersey City Police Department, was killed in today's shooting, according to the city's Police Chief Michael Kelly.

Seals was part of the Cease Fire Unit, which is a statewide anti-violence program aimed at confiscating illegal weapons and limiting gun crimes through community outreach, according to the unit’s website.

Seals was working when “he came upon bad guys," Kelly said.

“We believe that he was killed while trying to interdict these bad guys,” the police chief said.

Two other officers who were injured in the shooting have been treated and released from the hospital, Kelly said. Earlier, Jersey City Mayor Steve Fulop said three officers were injured.

“You should know that the police department in Jersey City and our partners did an extraordinary job under very difficult circumstances under high-power rifle fire, where no other citizens in Jersey City were struck by gunfire and our police officers were brave until finally the threat was neutralized,” Kelly said. 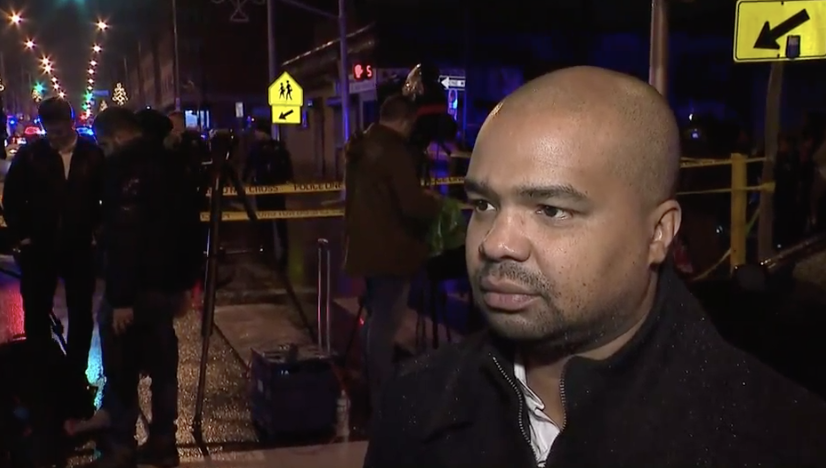 Jersey City Councilman Jermaine Robinson told CNN affiliate News 12 New Jersey he was working in his office when he heard the gunshots from today's shooting.

The councilman said it was "something that I never heard in my life."

One of the dead is a police officer, Kelly said. The other five people, including the suspects, were found dead in a building, the police chief added.

The police officer who was killed in today's shooting is believed to be the victim of an ambush, according to a law enforcement source.

Additionally, two of the suspects involved in today’s incident in Jersey City are among the dead inside the building, according to the source.

The mayor did not provide further information.