Our live coverage of the global George Floyd protests has moved here.

"He's going to change the world."

The poignant eulogy to George Floyd delivered by his brother Rodney on Tuesday is already at least partially true, although how deep and enduring that change is will be decided by future struggles.

In a span of mere days, the death of a black man with a white policeman's knee on his neck became a parable in America's aching racial story and a rallying point for action that resonated far beyond Minnesota, where he died, and disrupted politics, business, culture and sports. Floyd's impact has spanned continents -- sparking debate and reflections across the Atlantic in Europe.

Barely known outside his own circle, Floyd suddenly became the most famous man in the world, shouldering the pain of the racially oppressed everywhere with his dying words, "I can't breathe." Yet he will never know of his fame nor perceive the change he has wrought. 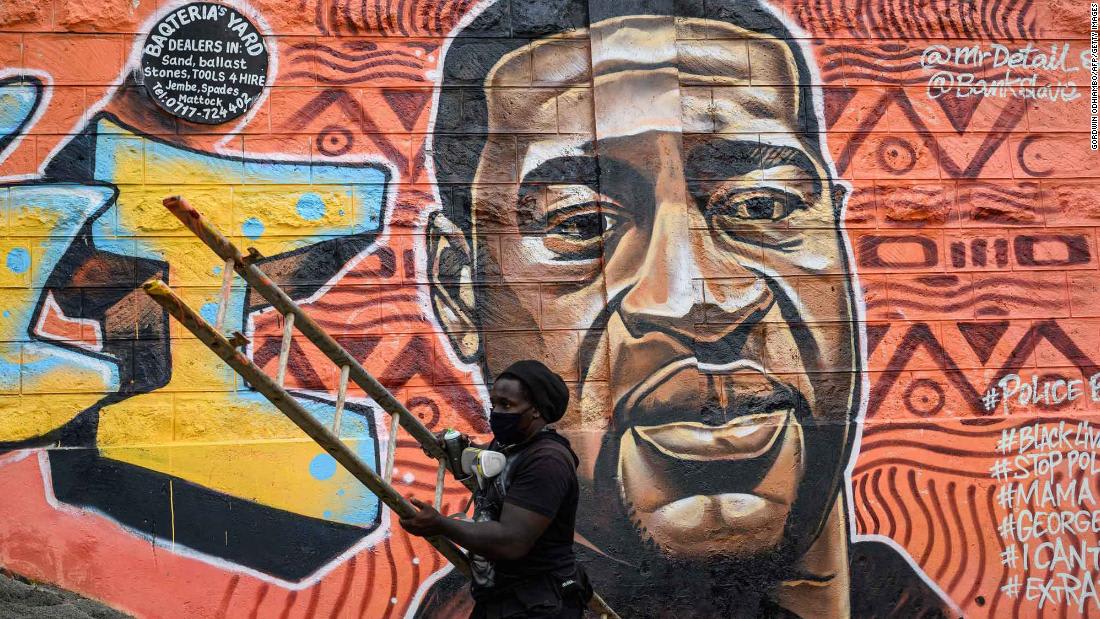 As George Floyd is laid to rest, his legacy reverberates across the globe

A friend of Martin Gugino, the man pushed to the ground by Buffalo police, said the 75-year-old man preaches nonviolence and is a "loving person."

Ross said Gugino is an active participant at the Western New York Peace Center, which she directs, and "his signature characteristic is nonviolence."

"The idea that he is violent in any way is ridiculous," she said.

"We've been very worried, but the fact he's now out of the ICU we're feeling very encouraged, but it's going to be slow. That's what they say, it's going to take a while," she said.

Wanda Cooper, the mother of Ahmaud Arbery -- a black man who was shot and killed while jogging in Georgia -- spoke to CNN about her experience attending George Floyd's funeral in Houston in Tuesday.

CNN's Don Lemon asked Cooper if the fact that Floyd called out for his mother before dying resonated with her.

Cooper said she believes her son did the same.

"I know that he cried out for me as well," she said.

Cooper said she "stands with all other mothers who have lost their sons to these events."

"We can't lose another life to such tragedy," she said. "Something has to change."

Veal told CNN that in 11th grade, Floyd said "he wanted to touch the world."

"It's hard to wrap your mind around the weight of that statement at 17 years old," Veal recounted in an interview with CNN's Don Lemon."

Veal said he was reminded of that moment when recently saw an Instagram post of Floyd's from when he was alive in which he said "don't count big Floyd out, I'm going to touch the world."

"It was like that comment back in 11th grade was almost prophetic in nature, to see now he is literally having a global impact -- he is touching remote parts of the world -- it's pretty awesome. We just hate that it had to come in this respect.

Veal said at Floyd's funeral today, he struggled to find a moment to personally grieve his friend, but took solace in the fact that his pain was shared by so many.

"This guy you have known for so long and you want to celebrate him in almost a private moment. But you have to share him with the world. And so, just seeing the energy and emotions that were out there, it was almost difficult for me to celebrate and be able to bid a  farewell to my life long friend.

The Washington, D.C. Council, the legislature for the United States capitol, unanimously passed an emergency bill to reform policing in the city.

The measure bans police from using chemicals such as tear gas and pepper spray on protestors, as well as “less-lethal projectiles” like rubber bullets and stun grenades. It also makes it unlawful for police to restrain someone by the neck, as in a chokehold.

Georgia's secretary of state and state House speaker on Tuesday called for investigations into voting delays in Atlanta and across Georgia on the day of the state's primary.

The announcement of the investigations came after a rocky start for the state's primary on Tuesday morning as voters, primarily in the populous Atlanta area, were met with long lines and delays.

"The voting situation today in certain precincts in Fulton and DeKalb counties is unacceptable," Secretary of State Brad Raffensperger, a Republican, said. "My office has opened an investigation to determine what these counties need to do to resolve these issues before November's election." The city of Atlanta is encompassed in the two counties.

Separately, Speaker David Ralston has directed the House Governmental Affairs Committee to investigate irregularities in Tuesday's primary election across Georgia, particularly in Fulton County, where a majority of issues have been reported.

"The sanctity of our elections -- being free and fair -- is the very foundation of our system of government. Our elections must be efficient and voters must be confident that their votes will be properly counted," Ralston, a Republican, said in a statement on Tuesday. "The legislative branch of government has an obligation to go beyond the mutual finger-pointing and get to the truth and the real reasons underlying these frustrations and concerns."

Read more about the voting issues in Georgia here: 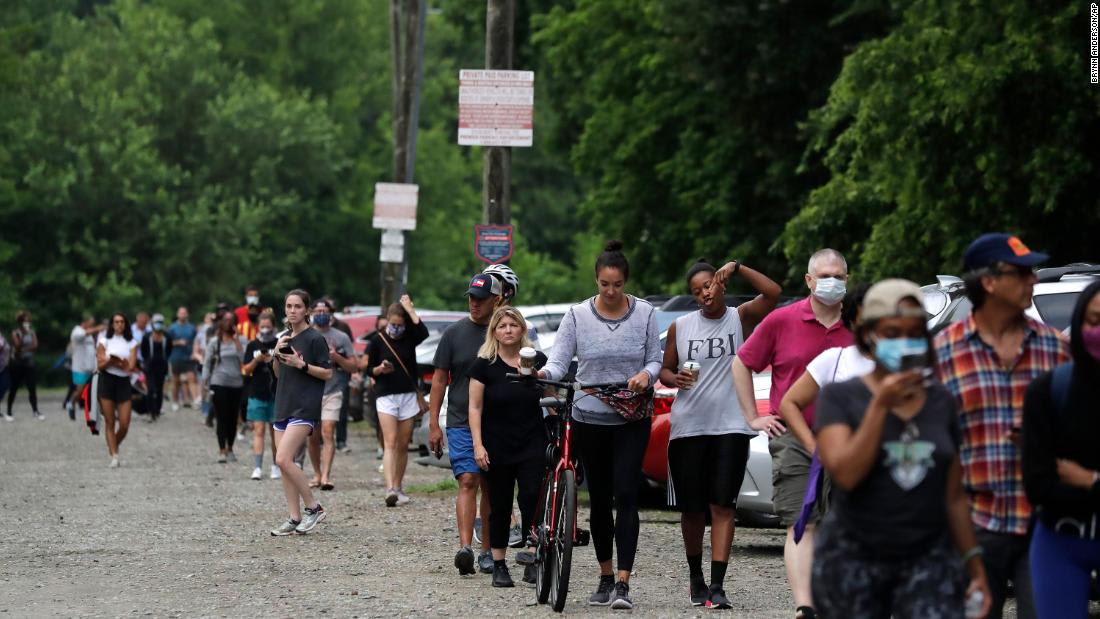 Following a weeklong review, prosecutors in Texas' Harris County -- which is home to the city of Houston -- are dismissing 796 criminal cases related to protest charges, the district attorney's office said in a statement.

The review divided cases "between those people who sought to do harm others and property vs. those arrested for simple civil disobedience." Nonviolent misdemeanor offenses, mostly obstructing a highway and trespassing, were dismissed, according to the statement.

Of the 654 individuals charged, only 51 adults and one juvenile now face active cases.

“The job of the prosecutor is to seek individualized justice in every case,” Ogg said. “While probable cause existed for the arrests of those people who refused to disperse after being ordered to do so by police, our young prosecutors worked hard to identify the few offenders who came to inflict harm on others and intentional damage to property.”

At least 11 cities and municipalities in the United States are starting to ban or have banned the use of choke holds in policing, according to information gathered by CNN.

States moving on chokehold bans: California Gov. Gavin Newsom has directed police in the state to stop training officers to use carotid holds, and Washington Gov. Jay Inslee (D) has said he wants police across the state to restrict the use of chokeholds.