At least 8 dead in boat fire off California coast

Our live coverage has ended. Read more about the recovery operations for the California boat fire here.

The Los Angeles Times is reporting 15 bodies have been found so far since the Conception caught fire, citing a US Coast Guard official.

Santa Barbara County officials told CNN additional victims are being recovered, but could not verify the total number.

Actor Rob Lowe called the fire that broke out on board the Conception an “unspeakable horror” on Twitter on Monday, adding that he has sailed on the boat many times.

“My prayers and thoughts are with the families,” he said.

California authorities will spend the night continuing to search for survivors, but plan to “make the unfortunate transition to recovery” in the morning.

A portion of the mayday call from the Conception has been released, and a person can be heard on the recording saying "I can't breathe."

The dispatcher also asked the person the following questions:

According to US Coast Guard Lt. Commander Stephen Brickey, these are the latest numbers on the boat fire investigation:

"Our hearts go out to the families of the victims of this terrible tragedy," Santa Barbara County Sheriff Bill Brown said at a press conference Monday.

USCG confirms search and rescue efforts will continue through the night and at least into Tuesday morning.

Sheriff Brown says it is unclear whether there was a black box on the vessel. The boat has sank and is inverted on the ocean floor in approximately 60 feet of water, according to USCG officials.

The Coast Guard released a new photo showing a rescue boat dousing the Conception with water. 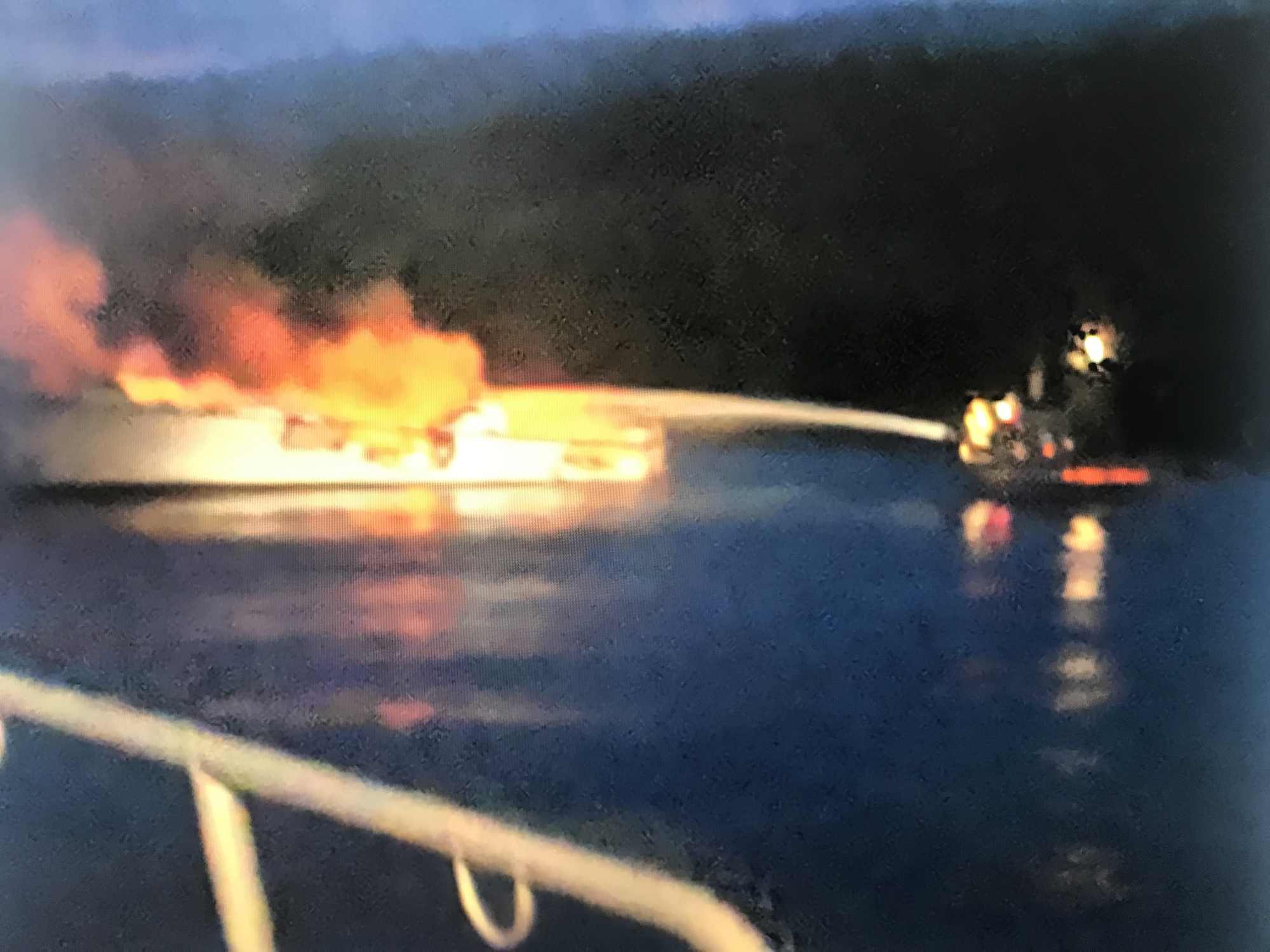 The bodies of four additional victims have been located on the ocean floor in close proximity to the vessel, said Santa Barbara County Sheriff Bill Brown.

Four other victims who had been previously recovered were identified as two adult males and two adult females, Brown added.

As crews continue searching for the Conception's missing passengers, flowers and other memorials are being set up at the Santa Barbara Harbor.

Earlier, Ventura County spokesman Bill Nash confirmed there were multiple fatalities aboard the boat but he did not have the exact number of casualties. 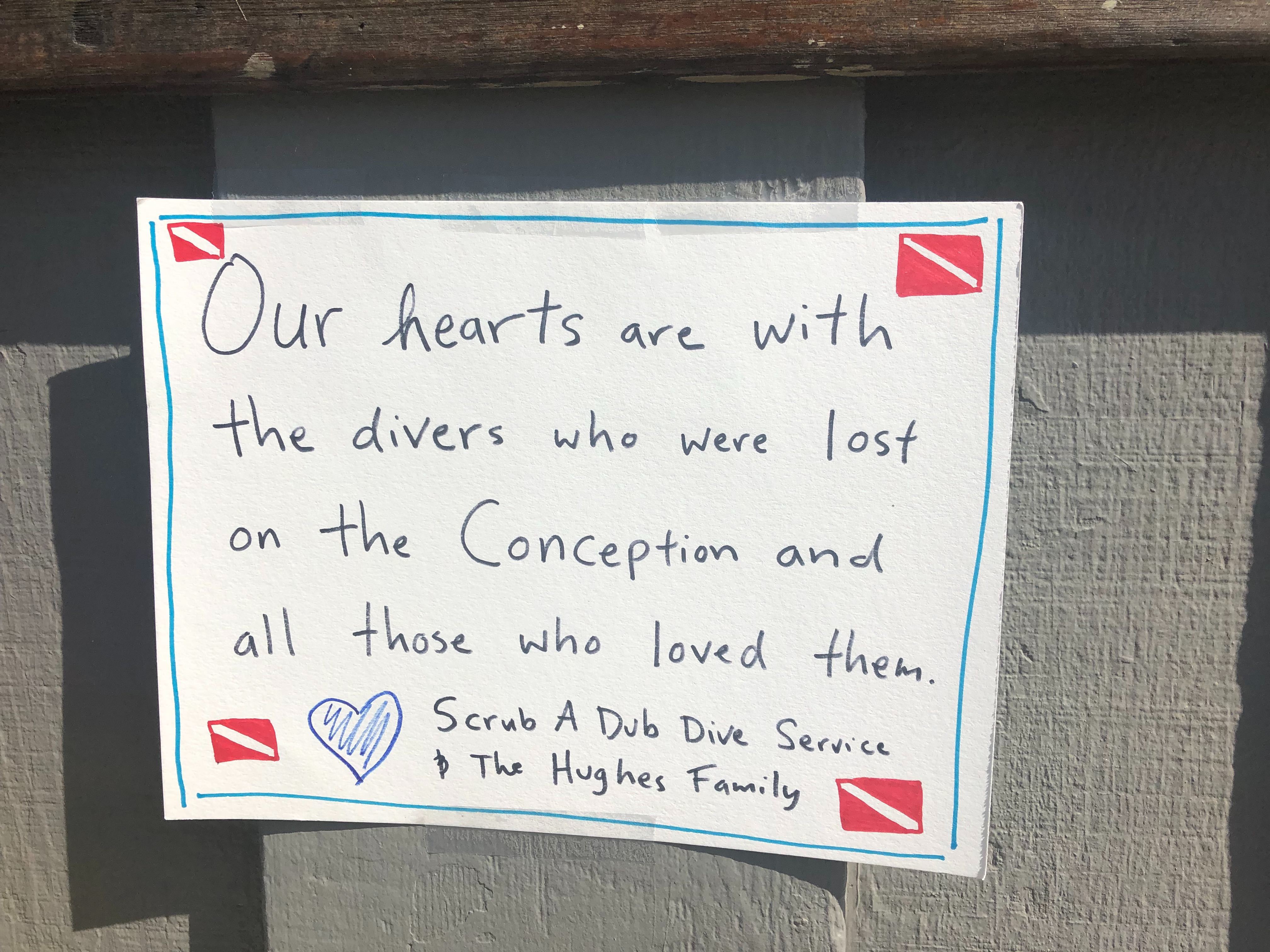 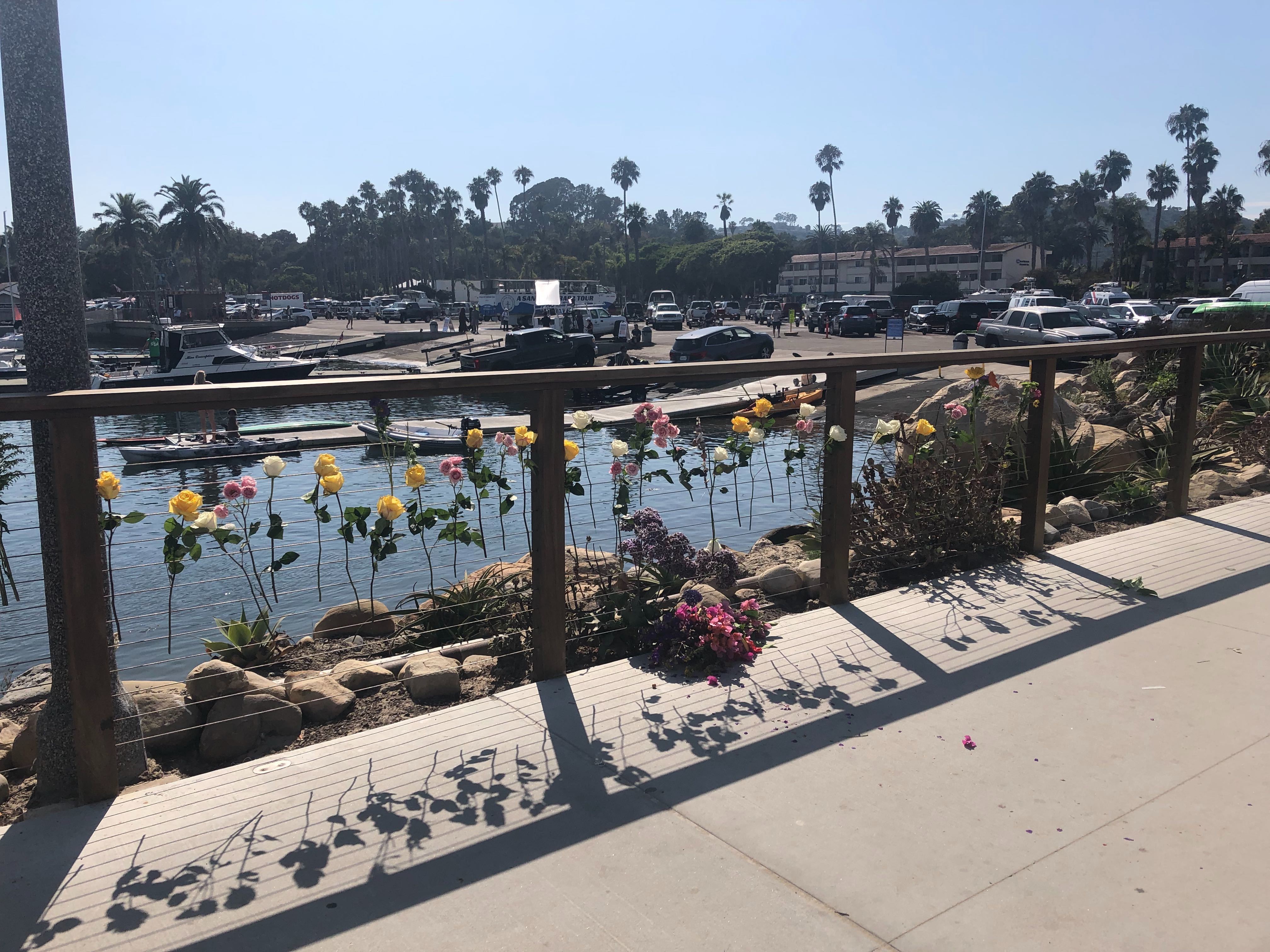 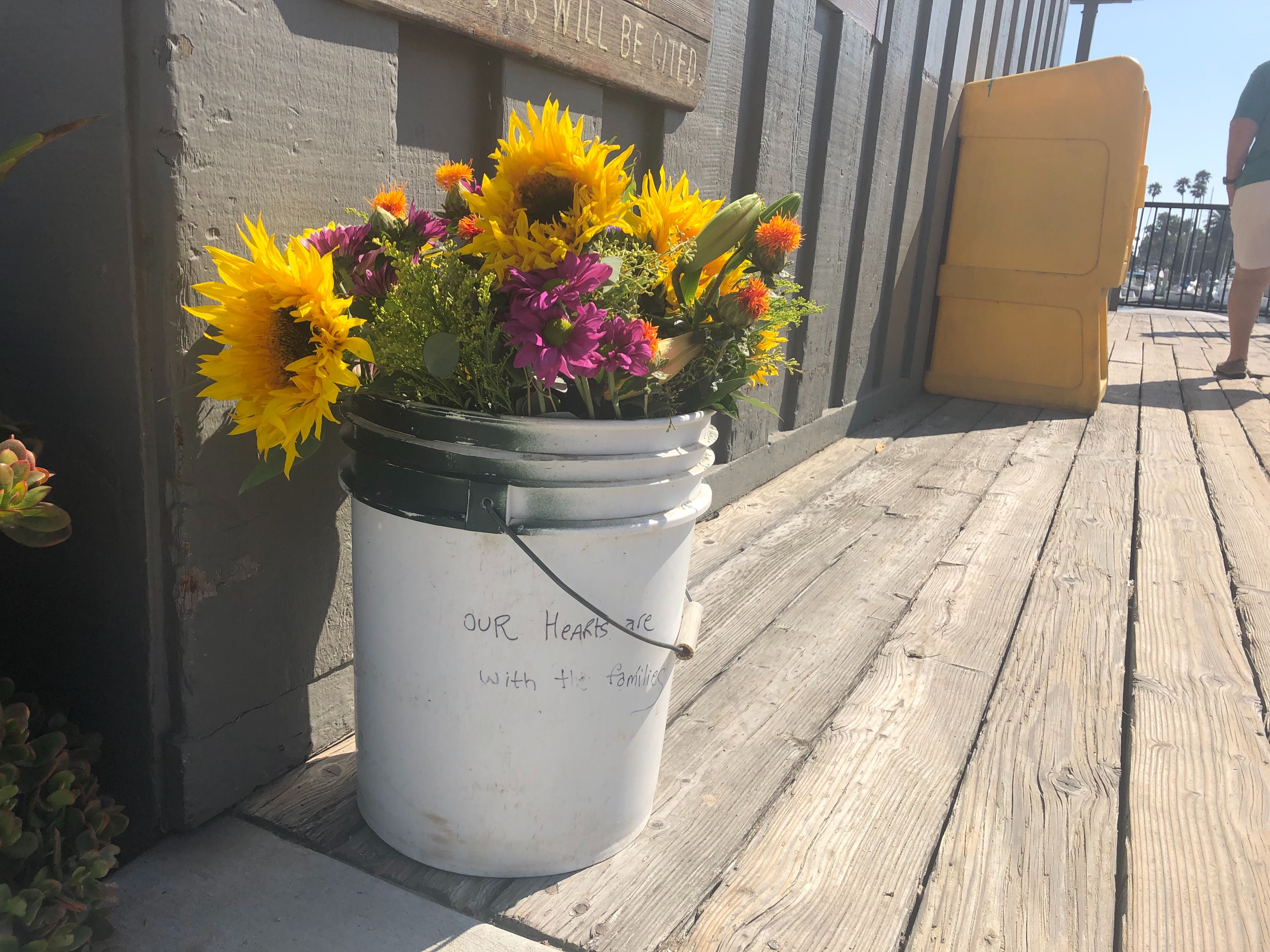