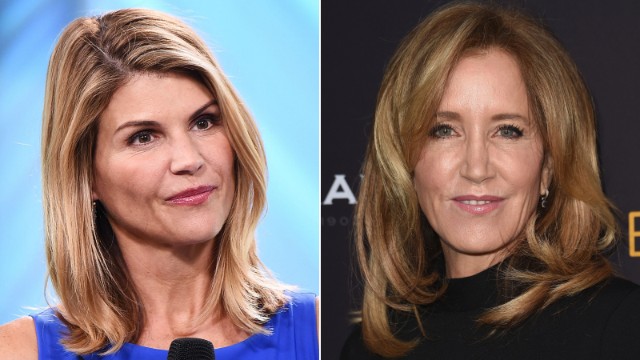 This is a felony.

A law enforcement source confirms to CNN that Huffman is the actress and she has been arrested in Los Angeles.

Huffman, best known for her role on TV's "Desperate Housewives," is accused of paying $15,000 to an organization that then facilitated cheating for her daughter on the SATs, the indictment said. Huffman also discussed the scheme in a recorded phone call with a cooperating witness, the indictment said.

A total of 50 people nationwide were arrested in the largest college admissions scam ever prosecuted by the Department of Justice, officials unveiled on Tuesday.

Those arrested include two SAT/ACT administrators, one exam proctor, nine coaches at elite schools, one college administrator and 33 parents according to Andrew Lelling, the US Attorney for Massachusetts.

Defendant William Singer was paid roughly $25 million dollars by parents to help their children get in to schools.

Singer helped pay individuals money to take the exams or help improve their scores after.