Multiple injured in shooting at Kroger in Tennessee

There are now 14 people injured following the shooting at a Kroger in Collierville, Tennessee, on Thursday, according to Jennifer Casey, the town's spokesperson.

At least one person has died, Casey said.

The deceased victim is separate from the shooter, who is also deceased, Casey said.

Several Kroger employees were found hiding in freezers or locked in offices following a shooting at the supermarket in Collierville, Tennessee, Thursday, the town's police chief, Dale Lane, said during a news conference.

"They were doing what they had been trained to do run, hide, fight," Lane said.

Around 1:30 p.m. local time, Collierville Police received a call about an active shooter at the Kroger supermarket.

When officers entered the building, they found multiple people shot. A SWAT team, along with patrol officers, and other command staff members began the process of going room to room, bringing employees out of where they were hiding and helping the victims who were injured, Lane said.

The chief said he was also part of a team that extricated a Kroger employee from the top of the building.

“At this time, we have still have a couple of active scenes that were working. The suspected shooter’s vehicle is in the parking lot and we are waiting on some additional equipment to get here, to be able to safely check that vehicle as well as some property that's on him,” Lane said.

Baptist Memorial Hospital spokesperson Kimberly Alexander told CNN that the hospital has received one victim from the shooting at Kroger in Colliersville, Tennessee.

Alexander would not provide any information on the condition of the patient.

Baptist Memorial Hospital has 22 locations, and this patient was sent to its hospital in the town of Collierville where the shooting occurred.

One person is dead and 12 others injured in a shooting at a Kroger supermarket Thursday afternoon in Colliersville, Tennessee, the town's police chief, Dale Lane, said during a news conference.

According to the chief, police believe there was one shooter, who died from what officials believe was a self-inflicted gunshot wound.

The chief said 12 victims were transported from the scene with “very serious injuries.”

The shooting happened at about 1:30 p.m. local time, Lane said.

"I've never seen anything like it," Lane said about the scene inside the supermarket.

An active shooter situation took place at a Kroger in Collierville, Tennessee, Thursday afternoon, according to the town's spokesperson .

According to spokesperson, Jennifer Casey, the scene has been secured and a media briefing is being set up.

This is an ongoing situation. Additional information was not immediately available. 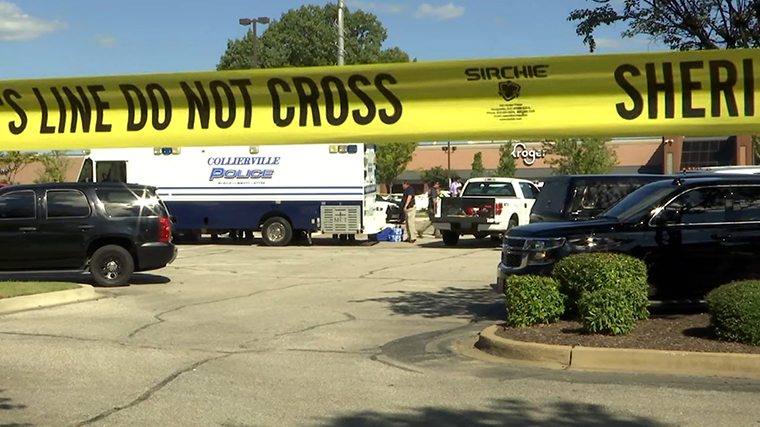 Multiple people have been injured following the shooting at a Kroger in Collierville, Tennessee, a spokesperson for the Town of Collierville told the Memphis Commercial Appeal.

The injured are being taken to the hospital, the spokesperson, Jennifer Casey, told the Memphis Commercial Appeal.

According to the Commercial Appeal’s reporting, the extent of the injuries were not immediately known.

Memphis Police is assisting with securing the perimeter and scene, the tweet said.