Earlier today, the Ridgecrest Police Department announced that a temporary cooling center opened up. Meanwhile, parts of Ridgecrest Regional Hospital have been evacuated.

There were multiple injuries following today's quake, but so far all have been minor, Kern County Fire Chief David Witt told reporters this afternoon.

Most injuries were the result of broken glass and falling shelves.

“We have more calls than we have people," Witt said at a news conference today.

The fire department responded to two house fires and small vegetation fires along with gas leaks.

Witt said additional assistance was on its way to Ridgecrest.

One area of concern following today's earthquake is Ridgecrest Regional Hospital, which fire officials said is being evacuated.

House Minority Leader Kevin McCarthy, a Republican from California, told CNN patients are being evacuated because firefighters need to assess the hospital.

"In this community, this is the hospital," he said, describing the importance of the medical building to the area.

McCarthy said it was necessary to move patients out despite the desert heat.

“This is so close to the epicenter and such a large quake, we do have to evaluate that before patients are allowed back in. If not, we're going to have to move people more than an hour away," he said.

The situation in Kern County, California is "not real good, not real bad," the county's supervisor Michael Gleason said after an earthquake shook the southern part of the state today.

Gleason told CNN there are several reports of small fires and a "sizable amount of damage."

He said at least one hotel in the town has major damage, but the local dam and reservoir at Lake Isabella and the Naval Air Weapons Station China Lake don't have any issues.

Meanwhile, there are reports of cracks up to four inches on a major highway and rockslides on the roads going into Trona, Jeremy Kern, spokesperson for the San Bernardino Fire Department, told CNN.

A California grocery store is cleaning up after today's earthquake shook wine, sports drinks, pudding and other items off the shelves.

Deborah Moore took these photos of the damage inside the grocery store in Ridgecrest: 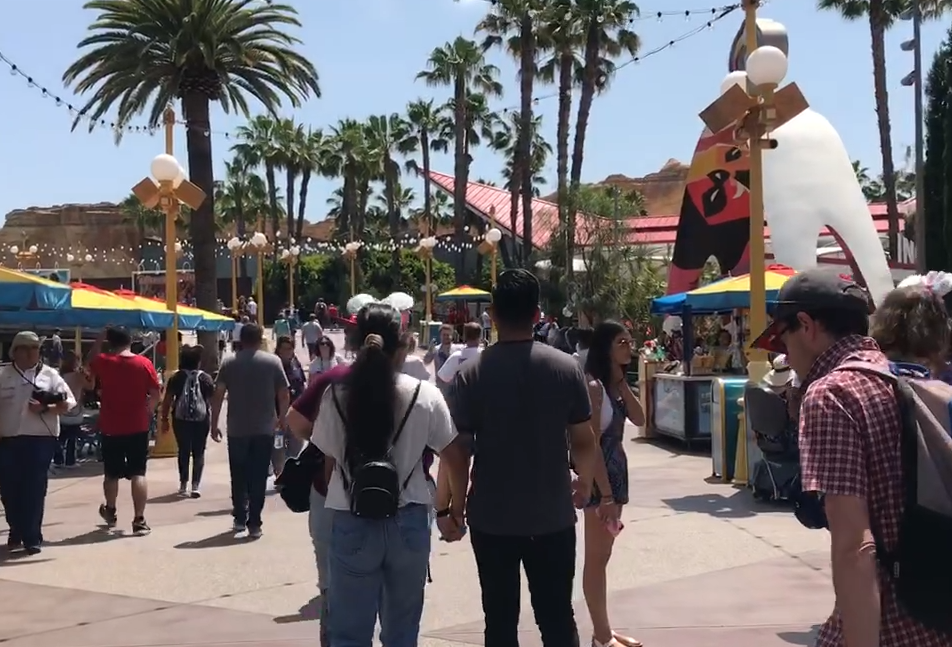 Disneyland staff said the park's rides were closed for inspection after the 6.4 magnitude earthquake in Southern California.

It's unclear how long the inspections will take.

There have been several reports of people smelling gas in Trona, a town in San Bernardino County, but they do not have any reports of fires following today's 6.4 magnitude earthquake, according to Jeremy Kern, spokesperson for the San Bernardino Fire Department.

Kern told CNN there is mild to moderate structural damage reported in the Trona area.

He added that firefighters are conducting damage assessment surveys on roadways, power lines and structures.

Dr. Lucy Jones, seismologist with the US Geological Survey, warned residents that they should expect to see many more quakes — and there's a chance of another damaging one today.

At a news conference, she explained that we might be seeing two different faults in today's earthquake.

Some context about the region: This area has many faults in a complex area, Jones said.