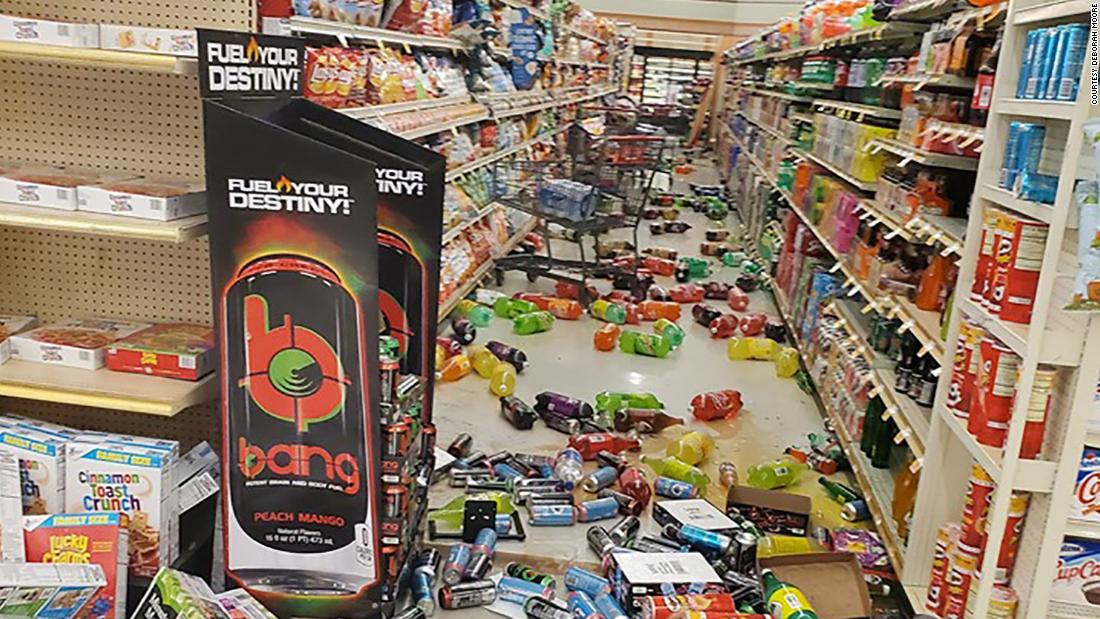 We're wrapping up our live coverage, but here's what we know so far about the quake:

So far, there has been at least 159 recorded aftershocks above magnitude 2.5 following today's 6.4 magnitude earthquake.

Experts say that while this is higher than usual, it is not unprecedented.

In the coming weeks, seismologist Robert Graves said there is a 9% chance of another earthquake greater than 6.4, and a 20% chance of one greater than five. As time passes, these probabilities will drop significantly.

Geologists went to where there were reports of ground cracks and faulting this afternoon. Experts have said they think there are two active faults, but have not identified them yet.

The quake has a name: Seismologists are calling this morning’s 6.4 quake the “Searles Valley Quake.” 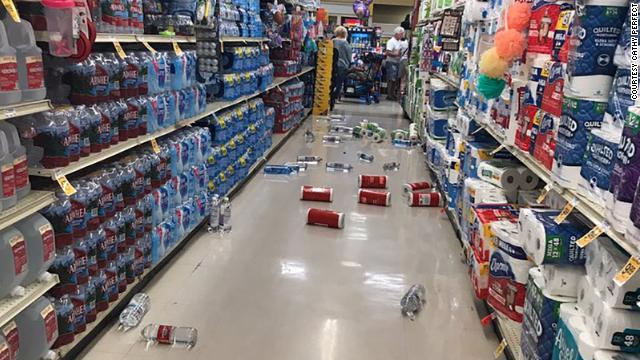 More than 85 aftershocks of magnitude 2.5 or greater have been recorded after an earthquake rocked Southern California today.

The number of aftershocks has been rising all day and is expected to cross 100 in the next one to two hours.

The largest aftershock so far has been 4.6.

We we know about the quake: The earthquake, with an early magnitude of 6.4, was centered near Ridgecrest, a community west of the Mojave Desert and about 150 miles north of Los Angeles.

This is the largest earthquake in Southern California since 1999 when a 7.1 occurred near Ludlow.

Earlier today, the Ridgecrest Police Department announced that a temporary cooling center opened up. Meanwhile, parts of Ridgecrest Regional Hospital have been evacuated.

There were multiple injuries following today's quake, but so far all have been minor, Kern County Fire Chief David Witt told reporters this afternoon.

Most injuries were the result of broken glass and falling shelves.

“We have more calls than we have people," Witt said at a news conference today.

The fire department responded to two house fires and small vegetation fires along with gas leaks.

Witt said additional assistance was on its way to Ridgecrest.

One area of concern following today's earthquake is Ridgecrest Regional Hospital, which fire officials said is being evacuated.

House Minority Leader Kevin McCarthy, a Republican from California, told CNN patients are being evacuated because firefighters need to assess the hospital.

"In this community, this is the hospital," he said, describing the importance of the medical building to the area.

McCarthy said it was necessary to move patients out despite the desert heat.

“This is so close to the epicenter and such a large quake, we do have to evaluate that before patients are allowed back in. If not, we're going to have to move people more than an hour away," he said.

The situation in Kern County, California is "not real good, not real bad," the county's supervisor Michael Gleason said after an earthquake shook the southern part of the state today.

Gleason told CNN there are several reports of small fires and a "sizable amount of damage."

He said at least one hotel in the town has major damage, but the local dam and reservoir at Lake Isabella and the Naval Air Weapons Station China Lake don't have any issues.

Meanwhile, there are reports of cracks up to four inches on a major highway and rockslides on the roads going into Trona, Jeremy Kern, spokesperson for the San Bernardino Fire Department, told CNN.

A California grocery store is cleaning up after today's earthquake shook wine, sports drinks, pudding and other items off the shelves.

Deborah Moore took these photos of the damage inside the grocery store in Ridgecrest: