He later added while pushed by Lemon: "This President steps across the line constantly."

Hundreds of demonstrators and faith leaders gathered in New York City's Foley Square in lower Manhattan to protest the death of George Floyd.

A large police presence could seen as protesters made their way across the Brooklyn Bridge with many of them chanting "Black Lives Matter."

The march, organized by the NYC Justice League, urged people to be safe amid the coronavirus pandemic.

"Please wear black, bring flowers to leave, bring a sign with the name of someone who's life was stolen, and please — wear your face covering and practice safe and social distancing," according to a post on a Facebook page used to spread awareness of the event. 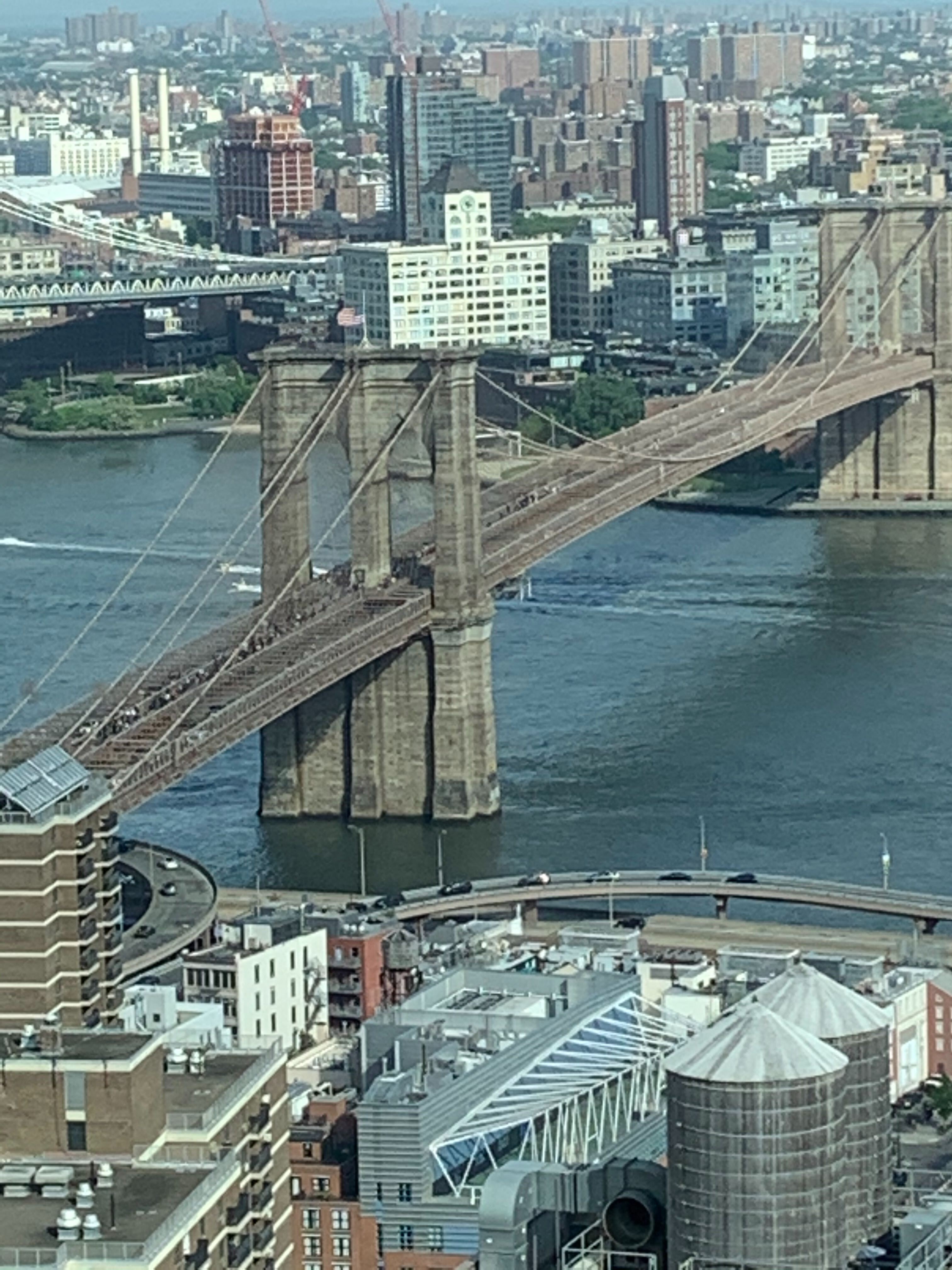 President Trump said he doesn't want the looters in Minneapolis to "drown out the voices" of protesters following the death of George Floyd.

“We have peaceful protesters, and support the rights for peaceful protesters. We can’t allow a situation like (what happened) in Minneapolis to descend further into lawless anarchy and chaos,” he said during an event at the White House.

He said the memory of Floyd should “be a perfect memory.”

“The looters should not be allowed to drown out the voices of so many peaceful protesters they hurt so badly, what is happening and it’s so bad for the state and their great city,” he continued.

“I have signed an emergency order, declaring a state of local emergency around this situation in St. Paul right now, and also establishing a citywide curfew that will start at 8 o'clock p.m. tonight and then we'll continue until 6 a.m. tomorrow morning,” Carter said.

He said the order exempts members of the media and workers returning home from work.

Carter said that the curfew would be enforced on Friday and Saturday nights.

New York City Mayor Bill de Blasio told protesters the city is “in the middle of a pandemic,” encouraging “peaceful protests,” which he said the New York Police Department will respect.

“To all the people who are protesting, please, even you are expressing that pain that anger that sense that something is wrong, and must be fixed, please remember how important it is to protest peacefully remember the only way were gonna make things right is by somehow finding a way to work together," he said.

He added: "Please remember that we are in the middle of a pandemic. We have to do all we can to protect each other. Everyone out there has a responsibility.”

President Trump said Friday that he’s spoken to the family of George Floyd.

“I want to express our nation’s deepest condolences and most heartfelt sympathies to the family of George Floyd,” Trump said during a roundtable event at the White House.

Trump said it was “a terrible, terrible thing that happened,” before adding that he’s ordered the Justice Department to expedite a federal investigation into the matter.

“It’s a local situation but we’re also making it into a federal situation and it’s a terrible thing. We all saw what we saw and it’s very hard to even conceive of anything other than what we did see,” Trump remarked, adding it “should never be allowed to happen, a thing like that.”

“I spoke to members of the family — terrific people. And we’ll be reporting as time goes by,” he continued.

The Los Angeles Police Department will take enforcement action on anyone who endangers fellow peaceful protesters, police officers, and the general public, the department said Friday.

Since the death of George Floyd, large crowds of protesters have been gathering in Los Angeles, particularly near downtown Los Angeles where the LAPD headquarters is located.

“While the vast majority of individuals in Los Angeles have expressed those views in a peaceful manner, we have witnessed an increasing level of violence and property damage committed by small number of detractors,” LAPD said. “The violence involved dangerous projectiles directed at our people as well as some property damage to businesses in the area."

Demonstrators were seen on the 101 freeway blocking roads and attacking California Highway Patrol cruiser vehicles on Wednesday. The protests continued for a second night in front of the LAPD headquarters on Thursday.

“We stand with our communities and rebuke any instance of police brutality as well as acts of violence or property damage,” LAPD Chief Michael Moore said.

During his daily news briefing today, Illinois Gov. J.B. Pritzker was asked by a reporter if he had a message for the President following his tweets concerning Minneapolis, the devastation that happened there and the arrest of the officer.

“Well, I have a lot, I'd like to say, but let me begin by saying that from the very moment that I announced my decision to run for governor, three plus years ago, I said that this President was a racist, a misogynist, a homophobe, a xenophobe, and I was right then and I'm right now,” Pritzker said.

He continued: “His tweets, his reaction, his failure to address the racism that exists in America, his stoking the flames in sometimes subtle and sometimes not so subtle ways is completely unacceptable. It's reprehensible in fact, and I'm, I'm, you know, I'm outraged by what he does in response to these situations.”

He added that there is "so much that we need to accomplish in this country but especially we need to address the underlying racism that clearly exists."

The FBI requested the public's help today for photos and videos surrounding the death of George Floyd.

Floyd's death this week sparked protests across the country after video emerged that shows the 46-year-old black man handcuffed and on the ground saying, "I can't breathe," as a police officer holds him down with a knee on his neck.