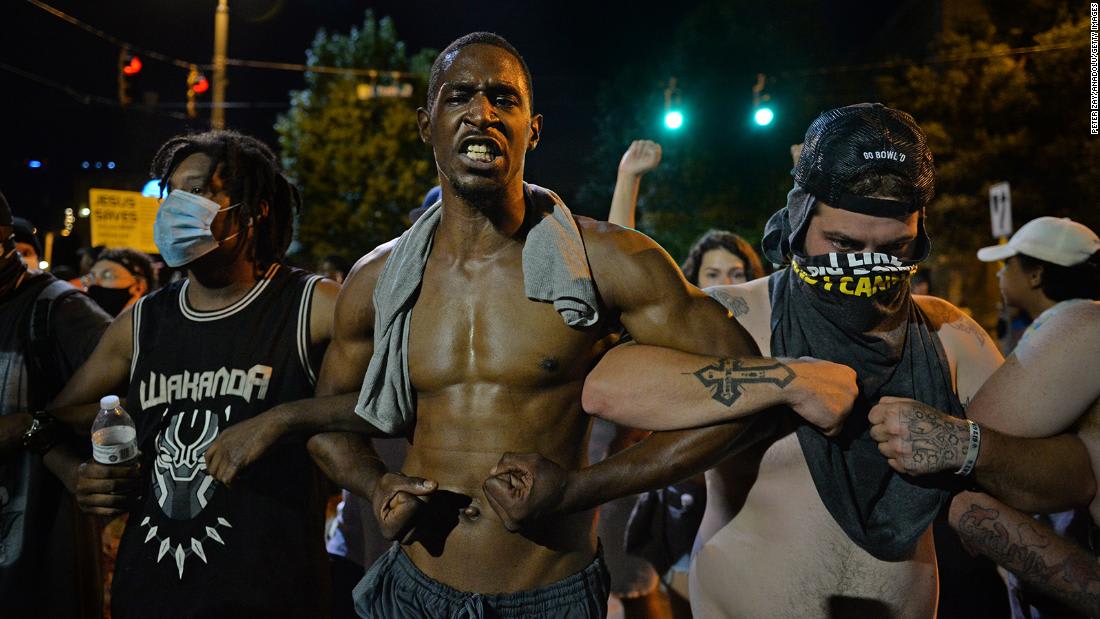 The first court appearance for Derek Chauvin, the former Minnesota police officer charged in death of George Floyd, has been moved to June 8, according to court records.

He was originally scheduled to appear in court for a hearing on Monday. The court records indicate no specific reasoning for why the date was reset.

Chauvin remains in custody. He was charged Friday with third-degree murder and second-degree manslaughter -- two felonies where intent is a key element.

A number of Boston police officers were injured during the protests Sunday night, which saw 40 people arrested, said the police.

Seven injured officers were taken to the hospital, more were treated on scene, and at least 21 police cruisers were damaged, said the police department in a tweet.

Late Sunday night, the Massachusetts National Guard arrived in Boston to disperse remaining protesters, and respond to reports of looting and vandalism.

Protests have swept the US these past six days in the wake of George Floyd's death at the hands of police in Minnesota.

While some police departments have been accused of being heavy handed in their attempts to control protests that turned violent, other departments have tried to reach out to protesters to share their grief and help convey their message of peace.

In Houston, Floyd's hometown, Police Chief Art Acevedo kneeled along with protesters. Acevedo told CNN's Don Lemon that he wants to provide a police escort for George Floyd's body as he returns to his hometown to be buried.

"It's going to be a big deal for our city to bring him back home," Acevedo said. "We want to make sure that the family is safe, that the movement is safe."

In New York City, a police officer was seen taking a knee in front of a heart drawn on a wall during a rally for Floyd near Times Square Sunday.

In nearby New Jersey, the Camden County Metro Police Chief Joe Wysocki joined demonstrators at the head of a march holding a sign that read "Standing in Solidarity" to honor the movement and spread a message of peace.

On the opposite coast, an entire line of officers was seen taking the knee as they faced protesters in Spokane County, Washington. Demonstrators cheered as the officers kneeled.

In Kansas City, Missouri, at least one protestor shook the hand of an officer deployed to a protest Sunday. 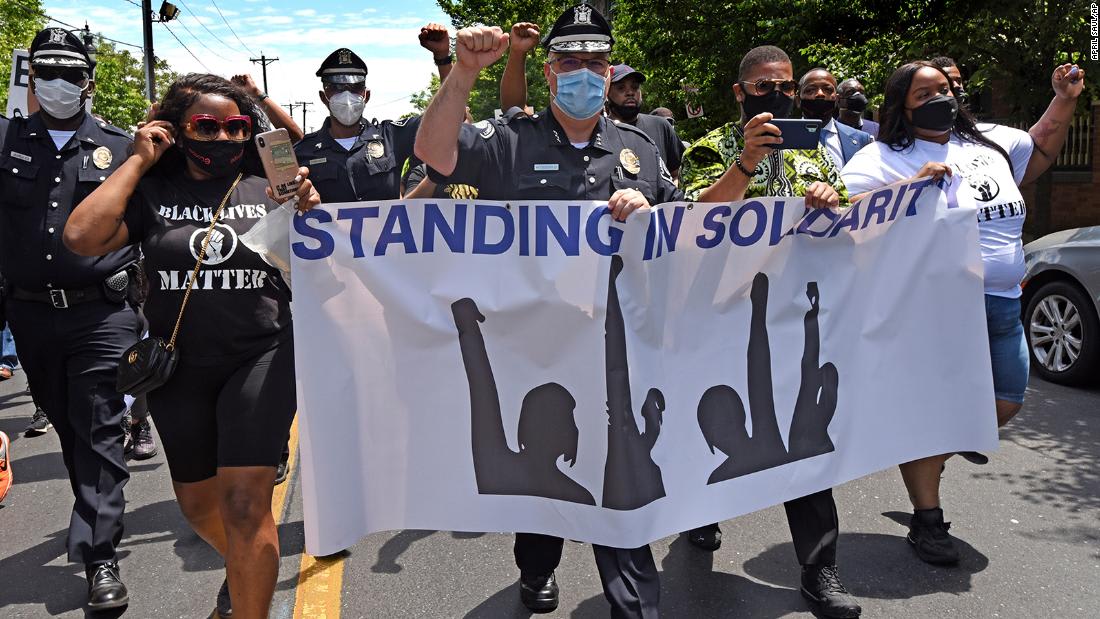 While tensions between police and protesters boiled over in some cities, other officers joined the movement

Police in Portland, Oregon, sent "riot control agents" to respond to protesters at the Mark Hatfield US Courthouse on Sunday night, said the Portland Police Bureau.

Protesters had broken windows at the courthouse, and police said they confronted the protesters in order “to ensure the safety of the staff in the court house.”

Earlier in the night, there were concerns protesters may have set fires inside the courthouse, but police later determined they never entered the building.