A pilot drew a unique tribute to George Floyd over Canada by following a flight path in the shape of a raised fist.

Dimitri Neonakis took to the Nova Scotia sky on Thursday with his personal message to Floyd. He said he chose the fist because it's a symbol of the movement against racism.

"We all have to speak out and we have to end it," Neonakis said. "There are no borders when it comes to racism."

Neonakis mapped out the image on an app and then followed the line for the fist in his plane. He said it took him about two and a half hours at 150 miles per hour to finish the image.

Protesters supporting the Black Lives Matter movement have started gathering for rallies in the Australian cities of Brisbane, Melbourne and Adelaide today.

A rally is also expected to go ahead in Sydney despite a Supreme Court injunction ruling it illegal because of social distancing rules.

Organizers have lodged an appeal, which is still pending.

The rallies have been been organized by indigenous rights groups -- among others -- under the banner “Stop Black Deaths in Custody.”

The indigenous community left behind:

Australia's indigenous population -- composed of mainland Aboriginal people and Torres Strait Islanders -- makes up 2.4% of the country's 25 million people, yet accounts for more than a quarter of its total prisoner population. ​

Analysis from Change the Record, an Aboriginal-led justice coalition, found that there have been 449 indigenous deaths in custody between 1980 and 2011, which represents 24% of all deaths in custody over that period.

Mark Zuckerberg says Facebook will review its policies concerning the state use of force, voter suppression and content moderation, as the company faces a backlash from many of its own workers over its inaction on controversial posts by US President Donald Trump.

In a note to employees that he later shared on his Facebook page Friday, Zuckerberg acknowledged that the decision about Trump's posts "left many of you angry, disappointed and hurt."

The Facebook co-founder and CEO also addressed the protests that have erupted across the United States following the death of George Floyd in police custody.

"To members of our Black community: I stand with you. Your lives matter. Black lives matter," he wrote.

Zuckerberg's remarks come days after he hosted a contentious town hall with Facebook employees, a number of whom expressed outrage at the social media giant's decision not to take action against posts by Trump that rival platform Twitter flagged as having violated its own rules. 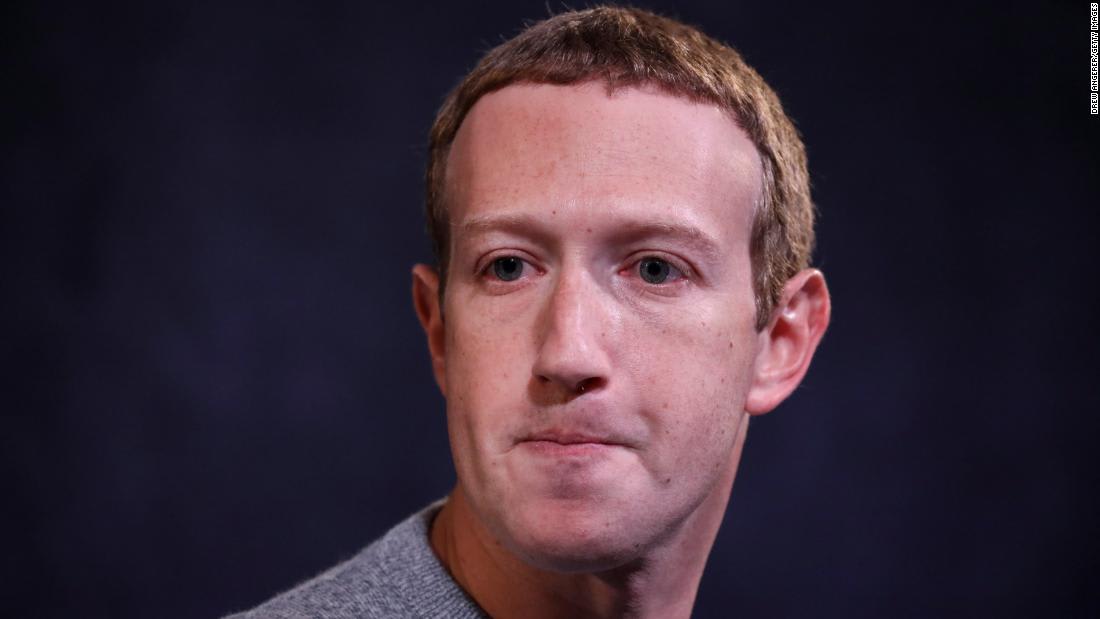 A large crowd of peaceful protesters in Washington, DC, is heading for Lafayette Park near the White House.

CNN correspondent Alex Marquardt said the protesters are "finishing this week how they started it, by protesting peacefully."

Sitting on some 250 yoga mats donated by a social worker's advocacy group, they sang "Happy Birthday" to Breonna Taylor, who was killed by police in March and who would have turned 27 today.

A new street sign has also been erected at the intersection of 16th and 8th streets reading "Black Lives Matter Plaza."

"This is where that fierce crackdown happened against those protesters on Monday night who were protesting peacefully right before the President gave that speech in the Rose Garden, when he declared himself the 'law and order' President," Marquardt said.

Noticeably absent is the presence of law enforcement. However city officials are expecting a bigger demonstration on Saturday.

"These protesters have been out here all week by the hundreds, by the thousands, gathering right here at Lafayette Park by the White House, and behind that fence, which has been reinforced throughout the course of the week, is almost no law enforcement that we can see," Marquardt said.

"It is the least amount of law enforcement that I have seen all week and that speaks to how peaceful these protests have been. There is no curfew in this city of Washington tonight. But now city officials are saying that they are expecting a huge demonstration tomorrow. The biggest they think that they anticipate since they began in the city of Washington."

Detectives from the Maryland-National Capital Park Police have arrested and charged the cyclist caught on video Monday accosting three people as they posted flyers in support of Black Lives Matter.

The cyclist, identified as 60-year-old Anthony Brennan III, of Kensington, Maryland, was charged with three counts of second-degree assault, a release from Park Police said.

A man and two women were walking the trail, posting flyers in support of Black Lives Matter, when the suspect started to argue with them and grabbed the flyers, police said.

According to police, the suspect then pushed his bicycle and started to charge one of the victims, causing them to fall to the ground.

An arrest warrant was subsequently obtained and served on Brennan on Friday evening, after he had voluntarily turned himself into detectives, the release said.

CNN has reached out to Brennan’s legal counsel for comment.

Atlanta Mayor Keisha Lance Bottoms said police reform is critical, but she doesn't agree with the “Defund the Police” movement calling for some police financing to be redirected to other community programs.

“We need police on our streets,” Bottoms told CNN’s Anderson Cooper Friday night. “We need them in our communities, and we all call upon them at one time or another.”

Bottoms said she has already started the process of reconsidering the Atlanta Police Department’s policies over use of force. Two Atlanta officers were fired for using excessive force during a protest Saturday night.

“When my 18-year-old nephew was murdered, we called the Atlanta Police Department,” Bottoms said. “They solved the murder.”

The officer seen pushing a woman to the ground in a May 29 incident in Brooklyn is suspended without pay after an Internal Affairs Bureau (IAB) investigation, and a supervisor who was on the scene will also be transferred, Shea said. Each of those cases has been referred to the Department Advocate for disciplinary action.

The officer seen pulling down an individual's face mask and pepper spraying him is suspended without pay after an IAB investigation. That case has also been referred to the Department Advocate for disciplinary action.

“Like all New Yorkers, we are acutely aware of the unique times we are in,” Shea said Friday. “While the investigations have to play out, based on the severity of what we saw, it is appropriate and necessary to assure the public that there will be transparency during the disciplinary process.”

Chicago Mayor Lori Lightfoot said in a news conference Friday that the city would not tolerate officers who tape over their badge or turn off their body-worn cameras.

She continued, "If you are one of those officers, we will find you. We will identify you, and we will strip you of your police powers."

The city would take decisive action on offenders, Lightfoot added.

"It is not only stripping you as appropriate. You will be fired from the Chicago Police Department," she said.

"You are demeaning all of your colleagues who are working their tails off on 12-hour shifts to keep our city safe. Shame on you, shame on you."