At least 5,000 protesters have now stopped marching and are peacefully listening to speakers in the heart of the city’s historic Cabrini Green housing project.

Over the past 10 years most of the high-rise apartments here have been bulldozed and the neighborhood has been largely gentrified, but several low-rise apartment buildings remain. 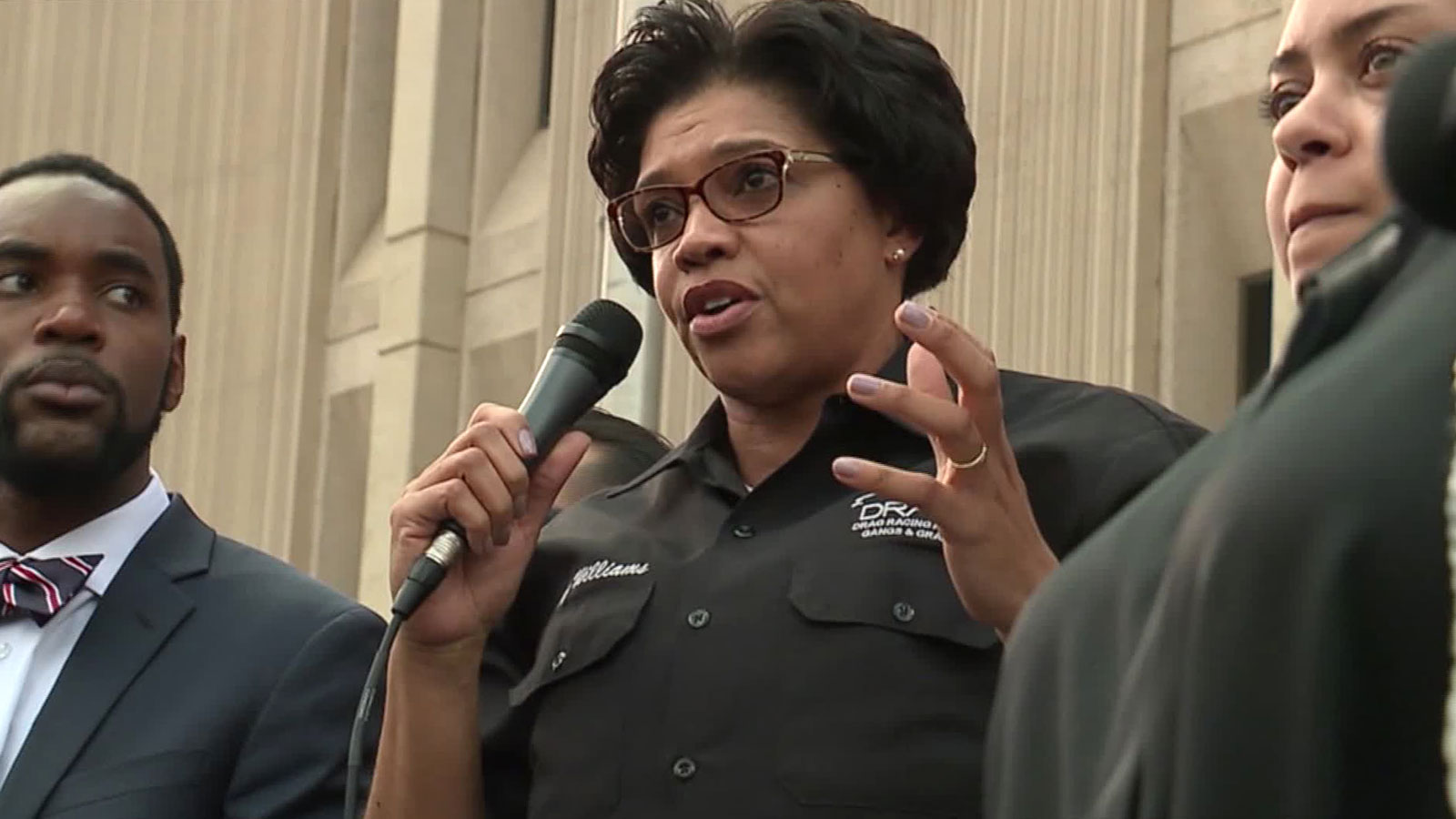 Phoenix police Chief Jeri Williams joined a group marching in the city Friday evening and told protesters that the department is listening to their demands, according to CNN affiliate KNXV.

Williams also posted to her Twitter account that she was invited to walk with protesters as part of ongoing meetings "to find viable solutions to their genuine concerns."

"I'm confident our community can come together and be stronger," Williams tweeted.

There is no curfew Saturday night in Washington, DC, according to a spokesperson for Mayor Muriel Bowser

The last night there was a curfew in the District was Wednesday evening.

A curfew was put into effect beginning Monday evening after there were some confrontations and looting last weekend.

Olivia Butler, a demonstrator in Washington, DC, said she is thankful for the multitudes of people across the country coming together to speak out against racial injustice, but hopes that the nation is really ready for change.

"I think it is great they're out here now but I am a little skeptical about if it is authentic," she told CNN during a march on Saturday. "Once things do change, it impacts all groups so it is going to be interesting to see what happens."

"It is something that has to be solved through legislation, through new precedents being set in the legal system, and social change so people's mindsets change so we don't keep fostering the sense of... underlying racial bias in the country. It cannot be solved with a couple marches," she said.

The school announced she would be the commencement speaker last Thursday and abruptly cancelled it the same day after criticism, according to a statement from the WSU Tech President.

“The invitation was extended in February and Ms. Trump offered to record a congratulatory message to graduates to be played during our event. In light of the social justice issues brought forth by George Floyd’s death, I understand and take responsibility that the timing of the announcement was insensitive,” Dr. Sheree Utash, president of WSU Tech said. “For this, I’m sorry that was never the intent, and I want you to know I have heard you and we are responding.”

“Our nation’s campuses should be bastions of free speech. Cancel culture and viewpoint discrimination are antithetical to academia. Listening to one another is important now more than ever!," she wrote on Twitter.

In the video: Trump focused on coronavirus and said that her “heart goes out” to the graduates on this day, adding “changes and hardships do not predict failure in fact they can be the greatest impetus for success… You are a wartime graduate.”

Trump never mentioned George Floyd or the hundreds of thousands of people who are peacefully protesting across the country.

Four NYPD commanding officers in Brooklyn have been reassigned due to their handling of protesters during the first days of the George Floyd protests in New York City, a senior NYPD official confirmed to CNN.

The order came down at 12:01 a.m. ET Saturday morning, the official said.

The curfew in Miami-Dade County has been moved to 9 p.m. ET effective Saturday until further notice, a statement from Mayor Carlos Gimenez's office said.

The curfew had been midnight to 6 a.m. earlier in the week but was changed to 10 p.m. Friday night due to unrest in parts of the county, according to the mayor's office.

Seattle Mayor Jenny Durkan urged people who participated in demonstrations throughout the city over the past week to get tested for Covid-19, according to a statement released by the mayor’s office on Saturday.

“Over the last week, residents across Seattle have been gathering to build community and share their anger and frustration about the killing of George Floyd and injustices against black Americans, here in Seattle and across the country. While I believe everyone should exercise their right and speak out, we must also remember we’re in the middle of a pandemic,” Durkan said in the statement.

Durkan announced a new citywide testing program for Covid-19 that expands testing criteria to include people who participated in demonstrations.

Currently, testing is recommended for individuals experiencing any symptoms of coronavirus and those who have been exposed to someone with Covid-19 within the past 14 days.

“I recognize that many have put themselves at risk of exposure to make their voices heard, and this expanded criteria will ensure they can get tested at city test sites,” Durkan said.

Jon Batiste — a musician and bandleader of "Stay Human," the house band for Stephen Colbert's late night talk show — said protests across the country show how this generation has the power to make change.

"We are the ones who are responding to the 401 years of generational trauma and oppression that our ancestors bore. We're standing on their shoulders," he told CNN while he walked with a large crowd. "We have the power right now. We are the ones."

Batiste said "everyone deserves respect" but "everyone doesn't get a chance."

"I don't believe in trying to change people who don't want to change, but I believe everyone has that love in them. All we have to do is put it on display," he said.

"Everyone deserves a chance to live a life pursuing liberty and happiness," Batiste added.