At least seven Minneapolis police officers have resigned from the department since unrest began following the death of George Floyd last month, and more than half a dozen are in the process of leaving, City of Minneapolis spokesperson, Casper Hill tells CNN's Aaron Cooper.

“As of Wednesday, HR has processed separations of employment for seven MPD employees since Memorial Day. That number does not include the four officers involved in the George Floyd case. The reason any employee gives for separating from the City is not public information," Hill said.

“There’s nothing that leads us to believe that at this point the numbers are so great that it’s going to be problematic,” Minneapolis Police Department spokesman John Elder tells the Minneapolis Start Tribune of the parting officers, which include both patrol officers and detectives. “People seek to leave employment for a myriad reasons — the MPD is no exception.”

Rep. James Clyburn, the House majority whip and one of the leading African American members of Congress, told CNN’s Jake Tapper that he does not support defunding the police — only reforming it.

“I would simply say... nobody is going to defund the police,” Clyburn said during an interview on CNN’s “State of the Union.”

“We can restructure the police forces, reimagine policing,” Clyburn added.

Clyburn said police should adjust its role to one “that meets the times.”

“The fact of the matter is that police have a role to play,” he said.

Clyburn also commented on the killing of Rayshard Brooks by a police officer in Atlanta.

“I was very incensed over that,” he said. “This did not call for lethal force.”

“I don’t know what’s in the culture that would make this guy do that,” Clyburn said, referring to the now fired officer.

Russian President Vladimir Putin linked the protests that erupted after the killing of George Floyd to “deep-rooted crises” in the United States that also led the “losing side” in the 2016 election to question the legitimacy of Donald Trump’s presidency, in the Kremlin leader’s first comments on anti-racist protests that have spread around the US and worldwide.

“I try very carefully to comment or better, not comment, on what is happening in the United States or other countries,” Putin said, according to an excerpt from an interview posted online by state television channel Rossiya 1 on Sunday.

“What happened there is a manifestation of some deep-rooted internal crises. In fact, we have been observing this for a long time now, from the moment the incumbent president came to power, when he obviously won in an absolutely democratic way, and the losing side came up with all sorts of tales in order to question his legitimacy,” Putin added.

In the interview, the Russian President’s first major media engagement since coronavirus hit Russia, Putin said the pandemic “highlighted more broad problems” in the US and added that he thinks “partisan interests put above those of the people” are the main problem in American politics.

A statue of Italian journalist Indro Montanelli in Milan has been painted red and sprayed with the words "racist" and "rapist."

There is a petition to have the statue removed from the park in the city center.

When Montanelli was 26 years old in 1935, he was a journalist covering the war in Eritrea, where the Italian military were trying to conquer the country. There he bought a 12-year-old girl and married her.

Montanelli’s statue has been targeted before. On International Women’s Day in 2019, it had pink paint splashed over it.

An investigation is underway after a Hispanic man was shot and killed by a patrol officer with the San Bernardino Police Department Saturday evening, the SBPD announced in a post on Twitter.

Shortly before 8:30 p.m., the San Bernadino Police dispatch received a call about an adult white man waving a gun.

When officers arrived they found a "suspect matching the description" who was holding what appeared to be a black handgun in his hand, according to the SBPD post.

According to the SBPD, an "officer-involved shooting occurred," in which the suspect was struck and injured.

The suspect was taken to a local hospital for treatment, but was pronounced dead. The man who was originally reported to be white was determined to be a Hispanic man, said the SBPD.

The UK's top finance minister Rishi Sunak has condemned the actions of some protesters involved in a far-right demonstration in central London on Saturday, some of whom were seen on video performing the Nazi salute.

The scenes we saw yesterday were both shocking and disgusting,” he told Sky News.

“This has always been an open and tolerant country and what we saw yesterday was not that and I fully support the police in taking the action that they did.”

Sunak said the UK had made “enormous progress” in stamping out racism since his grandparents first arrived in the country.

“Yes, I do think things have changed enormously for the better because of how we’ve all evolved as a society. That doesn’t mean that a small minority still hold beliefs that I find abhorrent,” Sunak said.

One reform repeals a New York state statute that kept secret the personnel and disciplinary records of police officers, leaving the public in the dark about officers' abuse histories.

Other measures, from Florida to California, ban chokeholds and neck restraints like the one used on George Floyd the day he died in police custody in Minneapolis.

Another move, inspired by the nationwide clamor for reform by protesters after Floyd's death on Memorial Day, proposed dramatically slashing up to $150 million in funding to the Los Angeles Police Department.

Less than three weeks after the death of the unarmed 46-year-old black man, officials across the nation have introduced or passed sweeping, unprecedented reforms against the double scourge of police violence and racial injustice.

"It's critically important that we don't waste yet another moment in which we're continually reminded how much both racism and the lack of police accountability persist in America," said Craig Futterman, a professor at the University of Chicago Law School.

Jonathan Smith, former chief of the special litigation section at the Justice Department's Civil Rights Division, said the hodgepodge of police reforms were "nowhere near enough." 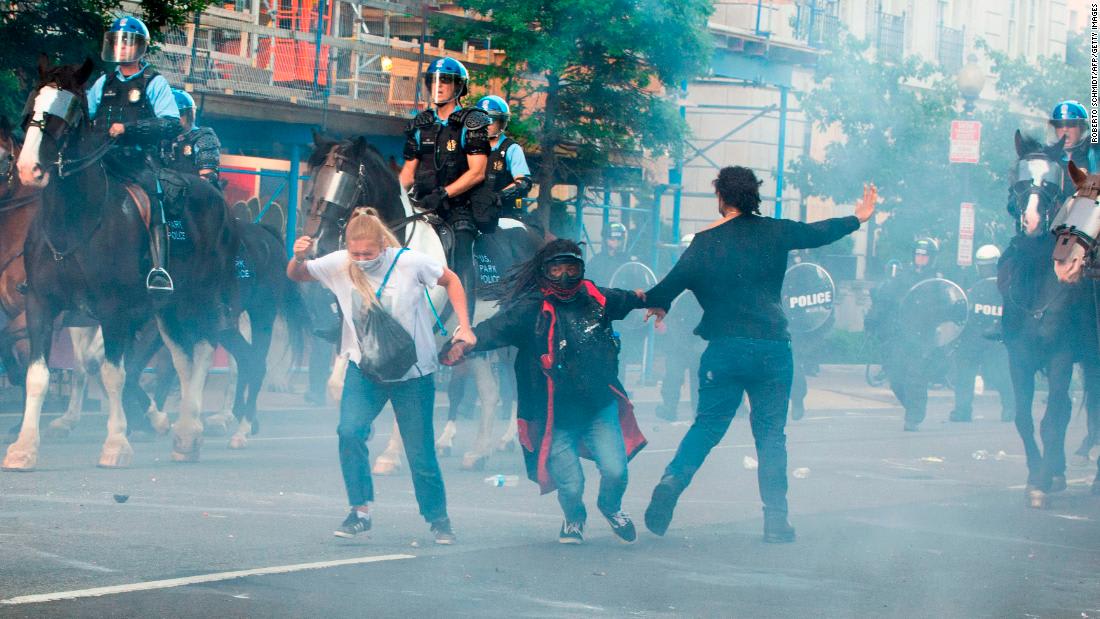 Police reforms quickly take hold across America. It's only just getting started

Rayshard Brooks' 8-year-old daughter had her birthday dress on Saturday morning waiting for her dad to come pick her up and take her skating to celebrate her birthday, family attorneys say.

Her dad never came home. He was shot and killed by an Atlanta police officer at a Wendy's parking lot in Atlanta Friday night. Since then, the officer who shot Brooks was dismissed and a second officer was placed on administrative duty. The Atlanta police chief stepped down from her position.

Brooks, 27, had three daughters who are 1, 2 and 8 years old, according to the attorneys. He also had a 13-year-old stepson, they said.

His oldest daughter was having her birthday party Saturday, Brooks' family attorney Justin Miller said in a news conference Saturday.

They had a birthday party for her ... with cupcakes," Miller said. "While we were sitting there talking to her mom about why her dad's not coming home."

A day earlier, the young girl had enjoyed other celebrations with her father. Brooks took her to get her nails done, Miller said, and then they ate together. 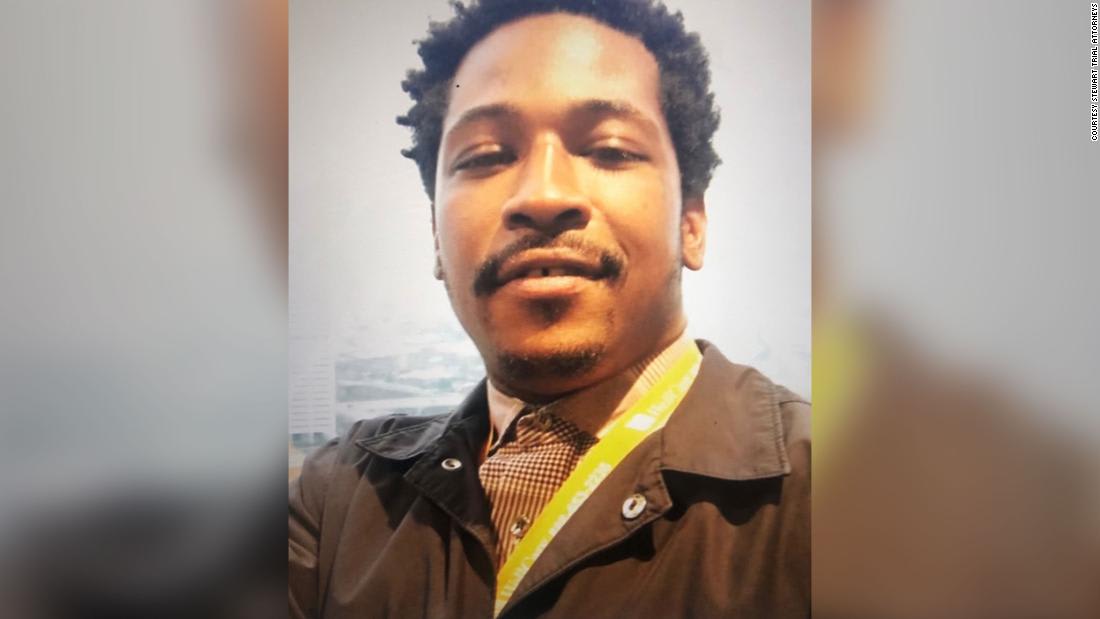