Eight Atlanta police officers have resigned since June 1, according to the Atlanta Police Foundation, a nonprofit organization.

“We are now going into the third consecutive week of unbated protests in which officers have worked 12-hour shifts seven days per week. As you can imagine, their stress levels are exacerbated by physical and emotional exhaustion. We are grateful for the sacrifices they are making every day and will continue to support them while accelerating the programs under the Atlanta Police Foundation’s mission in order to address police reform and other issues the protests and their aftermath have illuminated," Dave Wilkinson, president and CEO of the Atlanta Police Foundation.

The foundation did not state an exact reason for the resignations, but indicated a low moral throughout the department.

The organization had previously reported that 19 officers had resigned in the past 10 days. In an updated statement, the Atlanta Police Foundation said they reported an inaccurate number of officer resignations.

"Earlier today, the Atlanta Police Foundation reported an inaccurate number of officer resignations within the Atlanta Police Department since the start of the social justice protests. Eight officers have resigned since June 1. Due to a miscommunication we reported inaccurately that 19 officers had resigned. We apologize for the error," the statement said.

CNN has reached out to the police department for comment on the resignations.

This post has been updated to reflect the updated number of resignations from the Atlanta Police Foundation.

Justin Miller, attorney for the family of Rayshard Brooks, said the officer who shot Brooks in the back "was already going to use legal force."

Brooks, 27, was shot dead by an officer Friday night at a fast-food restaurant after he scuffled with police who were trying to handcuff him, took one of their Tasers and ran. Brooks was suspected of driving under the influence.

Miller said that video released of the incident shows that "the officer dropped his Taser and put his hand on his gun before Mr. Brooks turned around with that Taser and just randomly shot it in the air."

Miller also said that officers should have to complete "100 hours at least of community service" before policing a community "so you know the people."

"I think they're trained to be more militarized than they need to be, and then they are placed in communities with people they don't know," Miller said.

In an interview with ESPN, NFL commissioner Roger Goodell said that he supports a team if it makes the decision to sign Colin Kaepernick.

"Well, listen, if he wants to resume his career in the NFL, then obviously it's going to take a team to make that decision," Goodell said. "But I welcome that, support a club making that decision and encourage them to do that.

Earlier this month, Goodell said the league should have listened to players earlier about racism.

"If his efforts are not on the field but continuing to work in this space, we welcome (him) to that table and to be able to help us, and guide us, help us make better decisions about the kinds of things that need to be done in communities," Goodell told ESPN.

"We have invited him in before, and we want to make sure that everybody's welcome at that table, and trying to help us deal with some very complex, difficult issues that have been around unfortunately for a long time."

The ESPN special, called “The Return of Sports,” will air on ESPN starting at 9 p.m. ET.

Hallandale Beach Police Chief Sonia Quinones appeared on CNN after kneeling in solidarity with activists at a protest -- an act that prompted 10 South Florida police officers to resign from their city's SWAT unit.

Quinones said she knelt because she saw that it was, "an opportunity to stand with them, to kneel with them."

"I knelt with our community in remembrance of George Floyd, not against police, not against officers," she said.

The officers had sent a letter to Quinones, saying they were "minimally equipped, under trained and often times restrained by the politicization of our tactics to the extent of placing the safety of dogs over the safety of the team members."

Quinones said the claims of underfunding are "not accurate."

"We provided increase in training hours, we’ve provided over $100,000 over the past two years in Swat-specific equipment," she said. 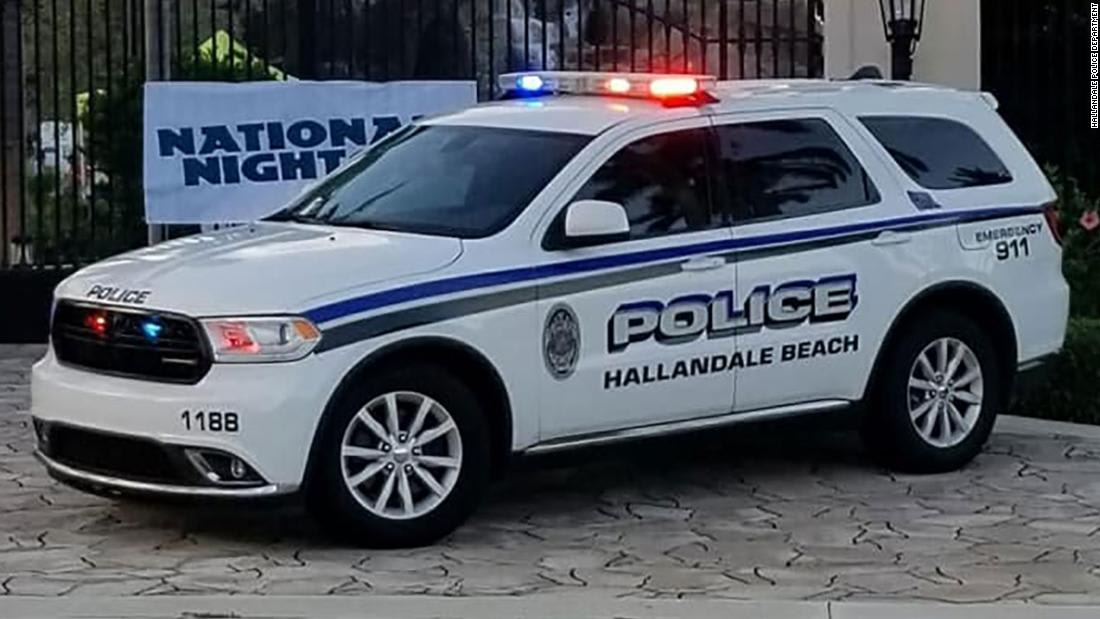 Louisville Metro Police say at least two news crews have encountered aggressive protestors who have thrown bricks at them this evening, according to the LMPD Media and Public Relations Office.

The Department is asking people to stay out of the area of the protests, “due to aggressive behavior of demonstrators downtown, including road blocks, trapping vehicles, and violent behavior.”

According to CNN affiliates WAVE, WDRB, and WLKY, police have also asked all news crews to leave the area.

The FBI, the Department of Justice’s Civil Rights Division, and the US Attorney's office for the Central District of California are reviewing investigations into the recent hanging deaths of two black men in Southern California to determine if foul play or civil rights violations played a role.

The deaths of the two men, Robert Fuller, 24, and Malcolm Harsch, 38, occurred in the cities of Victorville and Palmdale 10 days and 50 miles apart. Both deaths were initially reported as suspected suicides by the Los Angeles and San Bernardino sheriff’s departments and are now under further investigation by the local departments.

"The FBI, U.S. Attorney's office for the Central District of California and the Department of Justice Civil Rights Division are actively reviewing the investigations into the hanging deaths of two African American men in the cities of Palmdale and Victorville to determine whether foul play or civil rights violations played a role,” a spokesperson for the FBI Los Angeles Field Office said in a statement.

Fuller was found hanging from a tree in Palmdale on the morning of June 10. Nothing but the rope, contents of his pockets, and a backpack that he was wearing were found on the scene, Los Angeles County Homicide Capt. Kent Wegener said Monday.

Investigators are researching Fuller’s medical history and looking for the witness who reported Fuller’s body as well as searching for contacts in Arizona and Nevada. Sheriff’s investigators will also analyze Fuller’s cell phone and are also looking for neighborhood surveillance video.

About 50 miles away, the San Bernardino County Sheriff’s Department is also investigating Harsch's death near a homeless encampment on May 31. Investigators there have not recovered evidence of foul play, the sheriff’s department said.

Protesters in Washington, DC, on Monday appeared to block both sides of Interstate 395 south of the Capitol.

About 150 protesters were also seen at the Department of Housing and Urban Development in Washington, DC.

They were seen carrying signs with the names of victims of police violence, including George Floyd, Breonna Taylor, and Ahmaud Arbery.