Christine Meinhold lives just outside of Myrtle Beach, South Carolina, with her seven rescue dogs. She has decided to stay put with all of them ahead of Hurricane Florence.

“I really don't have the resources to evacuate with 7 dogs,” she told CNN. “When I rescued these dogs, I took on a responsibility of loving and caring for them the rest of their lives.”

Meinhold added: “I can’t abandon them. My car has over 205,000 miles on it and won't make it far. I can't imagine breaking down somewhere and putting them in danger.”

She said she's boarding up her home as best as she can. She's "prepared for the worst and hoping for the best," she said.

Meinhold said that during Hurricane Matthew in 2016, she helped rescure animals from the floodwaters.

“I have two hurricane dogs from Matthew that I took in after they were pulled out of the water," she said. "One was so skinny, you can imagine my surprise when I got her home and she had six puppies. Didn’t know she was pregnant, she was so skinny. I found rescue for all six puppies." 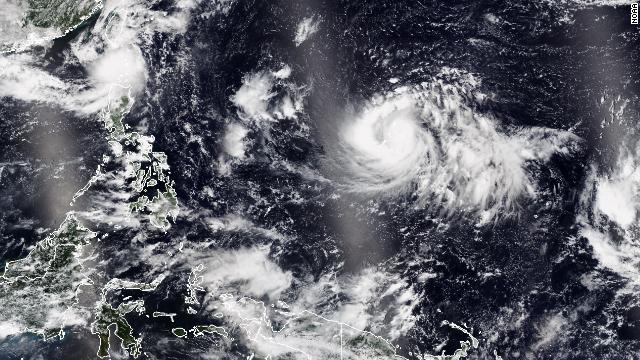 As the US East Coast braces for Hurricane Florence, an even stronger super typhoon is barreling down on Southeast Asia, with Hong Kong and Macau square in its path.

It is powerful: Super Typhoon Mangkhut, known as Super Typhoon Ompong in the Philippines, is currently equivalent to a Category 5 Atlantic hurricane, with winds of at least 252 kilometers per hour (157 mph). It's stronger than Florence, which is expected to cause massive flooding and devastation in the Carolinas.

It's getting stronger: Mangkhut has already swept past the US territory of Guam, in the western Pacific, where it caused flooding and power outages. The storm is expected to strengthen further in the next 24 to 48 hours, according to CNN Meteorologist Michael Guy, before it weakens slightly to a Category 4-equivalent storm as it approaches the the Philippines island of Luzon.

Even so, Guy said it will come "dangerously close to clipping the country," causing heavy rain and flooding in the island's north, where local authorities are preparing relief goods and security forces have been put on alert.

The Global Disaster Alert and Coordination System said in total up to 43.3 million people could be affected by the storm in the Philippines and southern China. 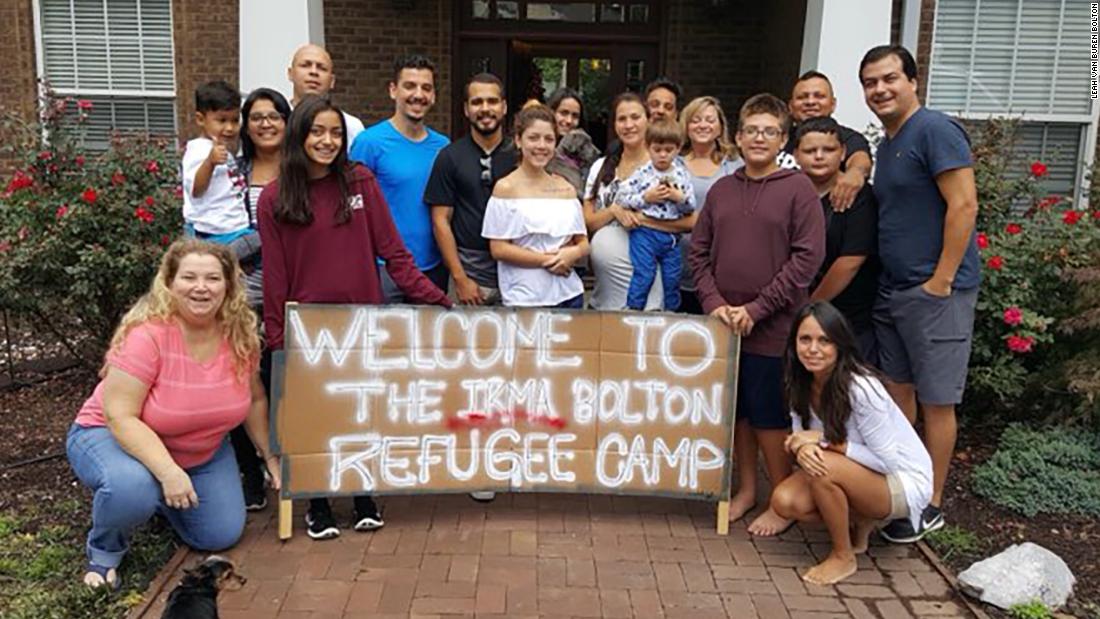 Leah Van Buren Bolton, Jim Gregory, Mary Jackson and Robert Riker have never met. But they have at least two things in common.

All four live in mountainous areas hundreds of miles inland from the East Coast. And all have just offered their homes to some of the more than 1 million people facing mandatory evacuation orders as Hurricane Florence takes aim at the coasts of Virginia, North Carolina and South Carolina.

"We've fled our share of hurricanes. And we know the cost of staying in a hotel and having to eat out can quickly add up at a time when anxiety, fear and uncertainty is high," Riker told CNN. He and his family live in Waynesville, North Carolina -- in the western part of the state -- and are opening their house to a couple or small family.

"We just want to offer some relief to someone who has greater worries going on in their life than I do. We're all in this life together. And we only have each other to rely on," he added.

Read CNN's Gianluca Mezzofiore's story to see how these four are opening their homes and businesses to the refugees.

European Space Agency astronaut Alexander Gerst just tweeted out a couple of photos of Hurricane Florence, which were taken from the International Space Station.

The storm is so huge, they had to use a wide-angle lens to fit it all into one shot, he said.

"Get prepared on the East Coast, this is a no-kidding nightmare coming for you," he said. 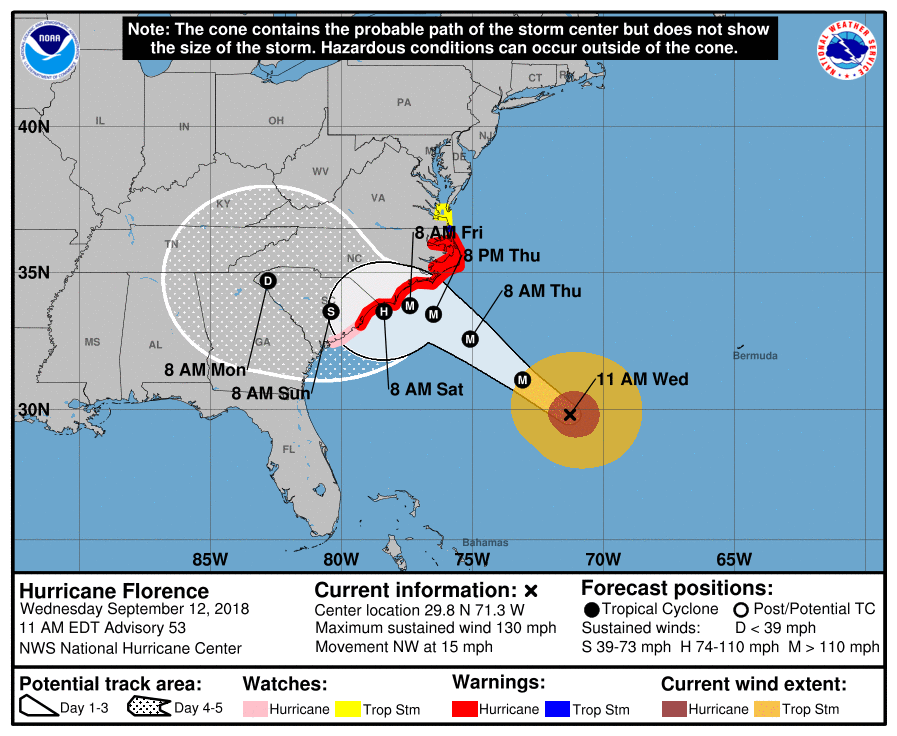 The updated advisory is similar to the last one, which was released at 8 a.m. Parts of North and South Carolina remain under a hurricane watch, and tropical storm warnings extend into parts of Virginia.

The next forecast will drop at 2 p.m. ET. You can also track the hurricane with CNN's storm tracker.

Note: Please don't do this. 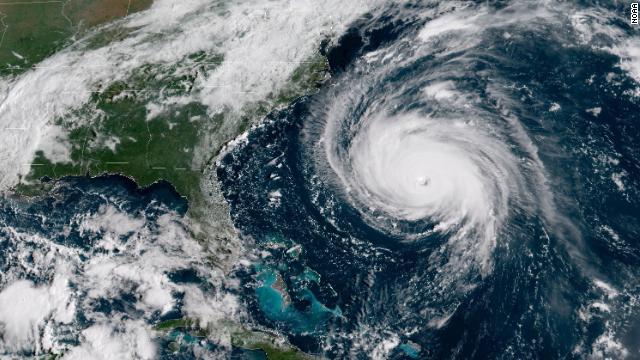 Hurricane Florence is a powerful Category 4 storm. Here's the latest statistics and facts that show this hurricane's strength and size: 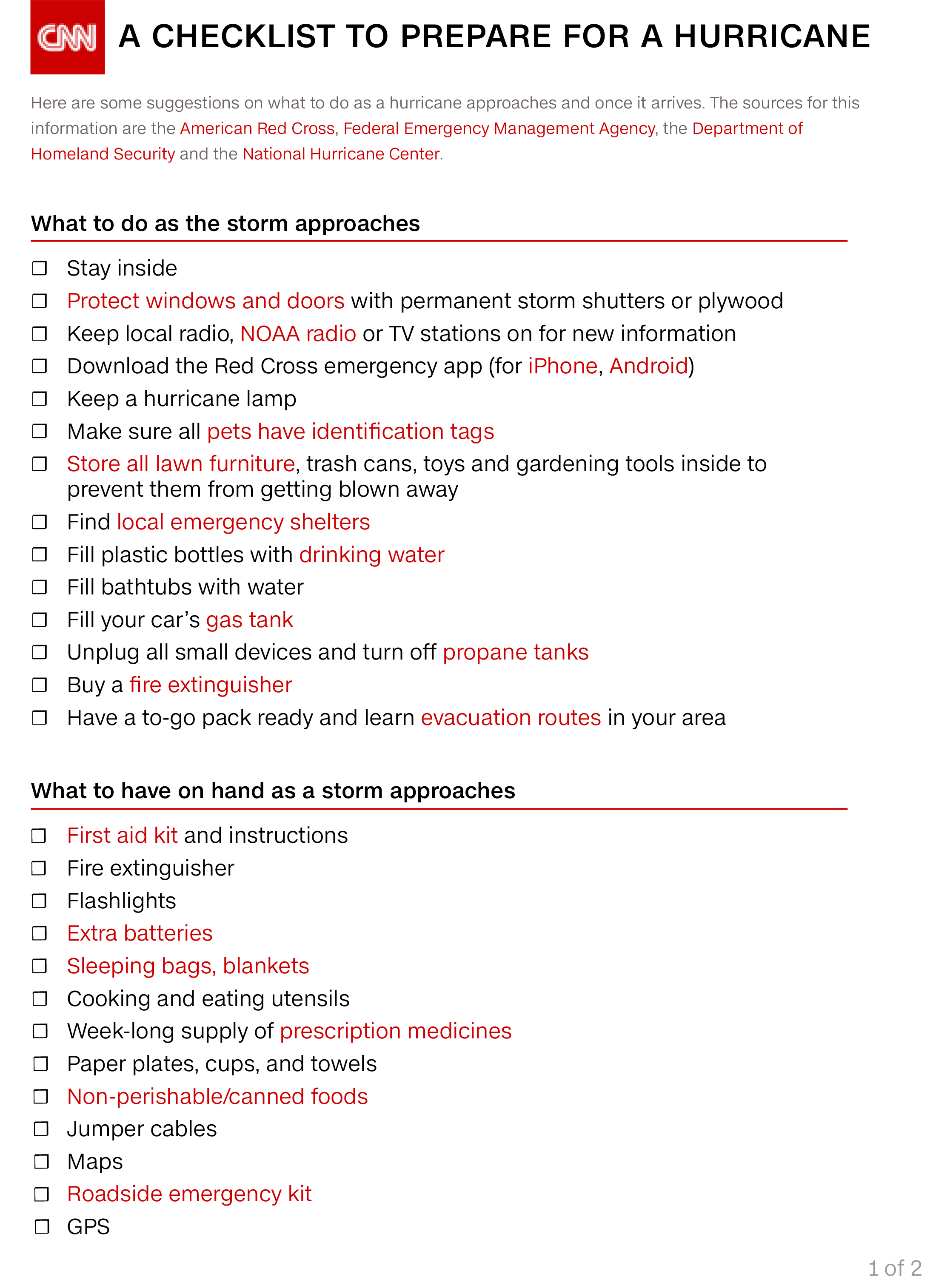 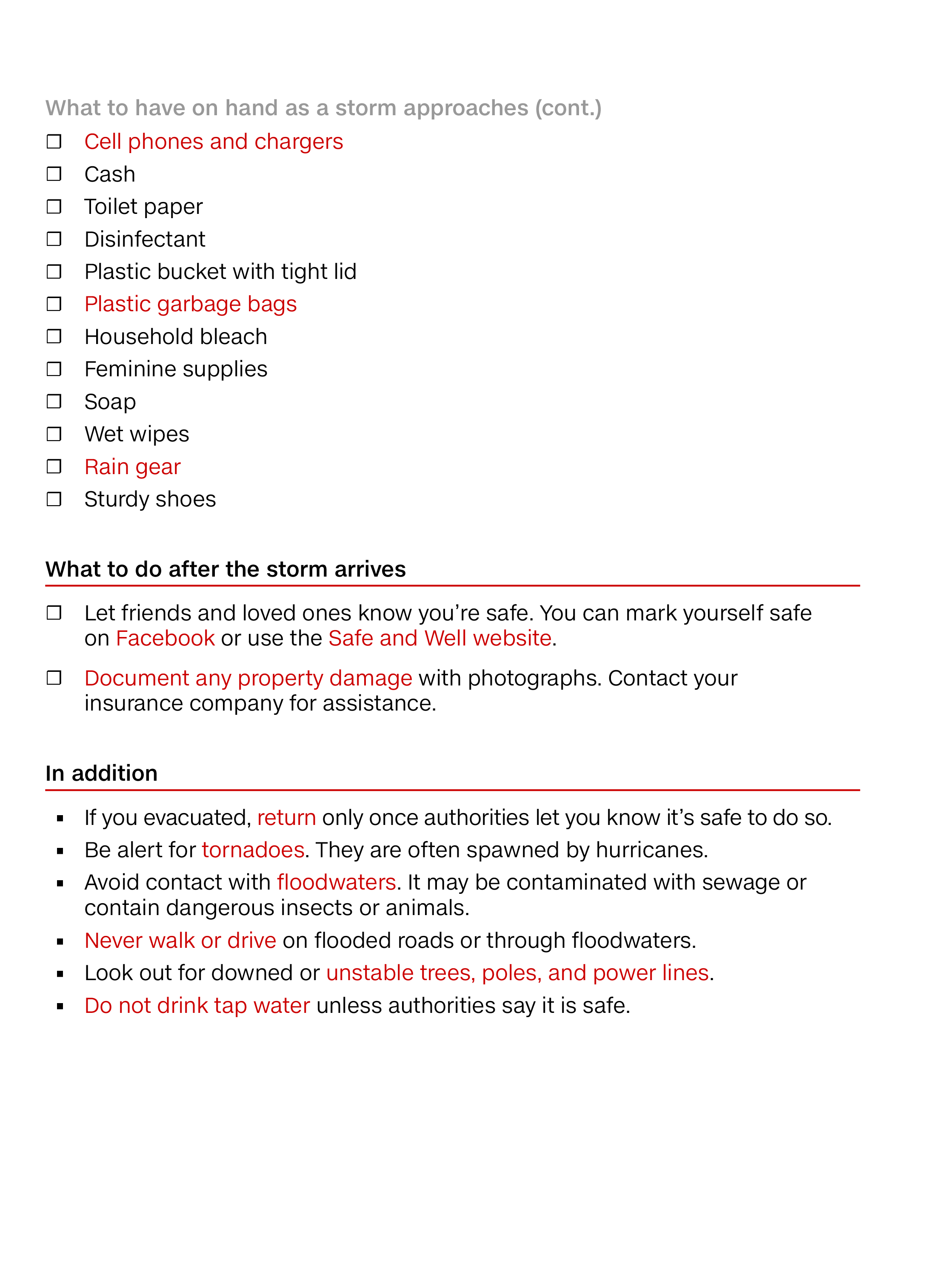 “Every county and every person in North Carolina needs to stay alert and take this storm seriously,” the governor said.

At a Wednesday morning news conference, Cooper warned that of the flooding damage Hurricane Florence could bring to the state.

"From the storm surge alone, tens of thousands of structures are expected to be flooded in North Carolina," he said at a news conference this morning.

Here's how the state is preparing for the storm: