Julie Wilson, a reporter for CNN affiliate WTVD in North Carolina, had to stop a live broadcast in New Bern to save a dog stranded in knee-deep water by Hurricane Florence.

Wilson was in the middle of a Facebook Live video (at around 7:00 in below embed) when she helped save the dog, she then continued helping other local residents who are checking on loved ones affected by the storm.

Over 100 mph winds and up to 40 inches of rain have caused just the beginning of Florence's destruction in the Carolinas so far. 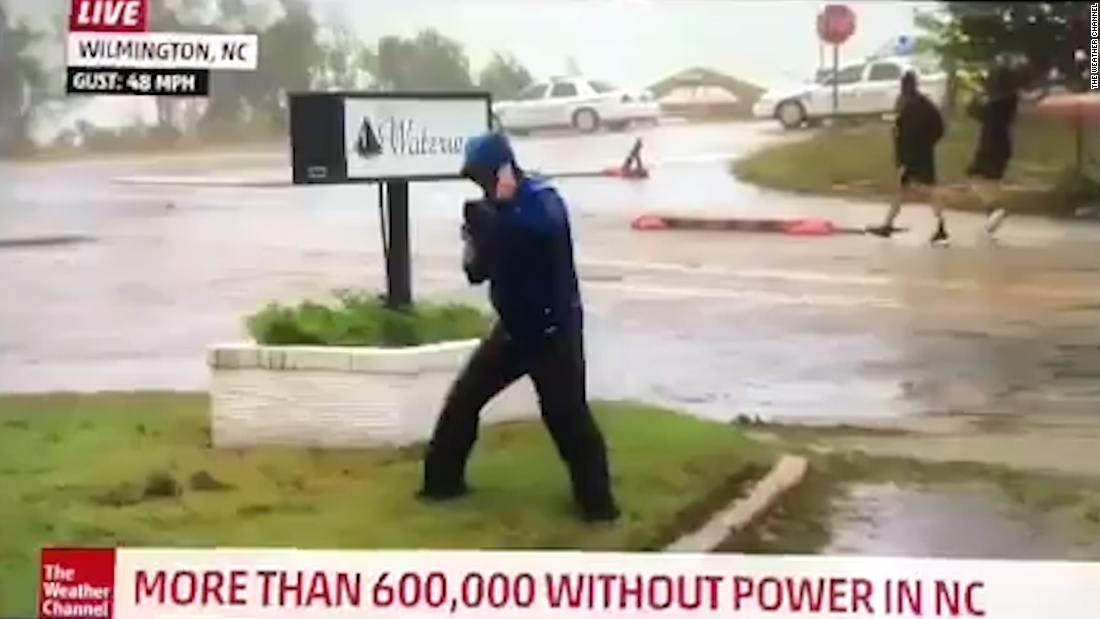 A weatherman has been widely mocked on social media after he was seen firmly bracing himself for Hurricane Florence as two people walked behind him apparently unaffected by the high winds.

In a statement to BuzzFeed News, the Weather Channel said it was "important to note that the two individuals in the background are walking on concrete, and Mike Seidel is trying to maintain his footing on wet grass, after reporting on-air until 1:00 a.m. ET this morning and is undoubtedly exhausted."

The airline plans to resume operations at Raleigh Durham Airport, North Carolina and Hampton-Newport News Airport in Virginia on September 15 according to a statement. Flights from most other airports across the affected areas will not resume until Sunday or early next week.

There are currently 791,968 power outages statewide according to North Carolina Emergency Management, as the state is battered by Hurricane Florence.

Counties with the highest number of outages are New Hanover, Brunswick, Wake, Onslow and Carteret.

North Carolina Governor Roy Cooper has been speaking to CNN's Chris Cuomo, he said Hurricane Florence is "relentless and excruciating and very slow." One of the major risks posed by the storm is that it stalls as it makes landfall, sitting in place and bringing with it days of heavy rain. The National Weather Service earlier warned freshwater flooding will be "catastrophic" over portions of the Carolinas.

Boats at Bridge Pointe Marina in New Bern, North Carolina have suffered damage from Hurricane Florence, according to a local boat captain who has been posting to social media after other boat owners were evacuated from the area.

White House spokesman Hogan Gidley later said Trump called North Carolinian officials today to assure them that the federal government "stood ready and prepared to assist with anything their state and respective communities would need during this natural disaster."

The center of Tropical Storm Florence crossed into eastern South Carolina and is moving west at just 3 mph, according to the latest advisory from National Hurricane Center.

The storm still has sustained winds of 70 mph and is bringing life-threatening storm surges and catastrophic freshwater flooding over portions of North and South Carolina.

Florence will continue to bring flooding to both states through the weekend, CNN meteorologist Taylor Ward says. 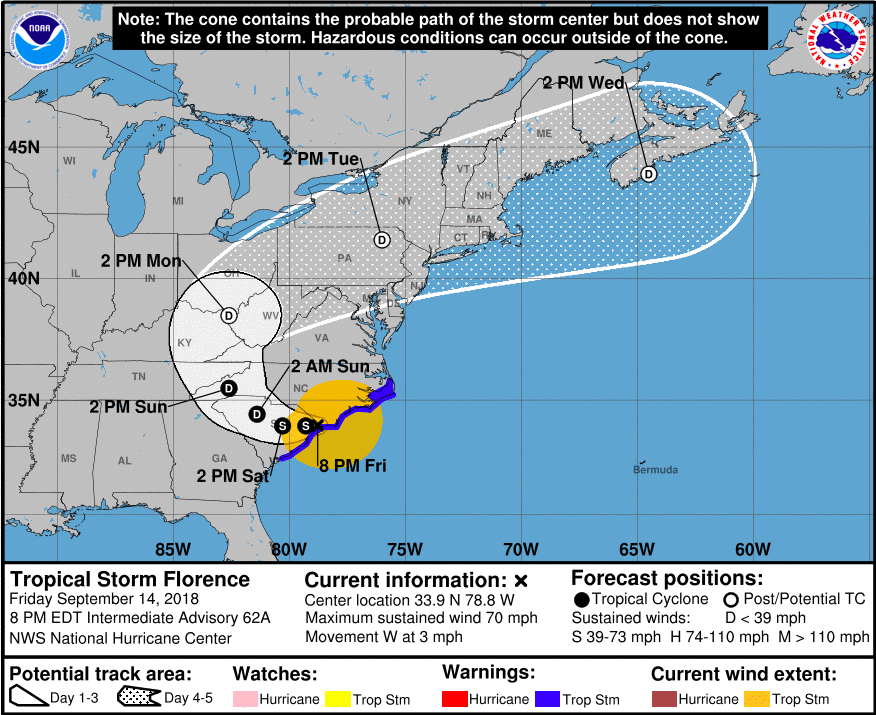