Our live coverage has ended. Go here or scroll through the posts below to read more about Hurricane Lane. 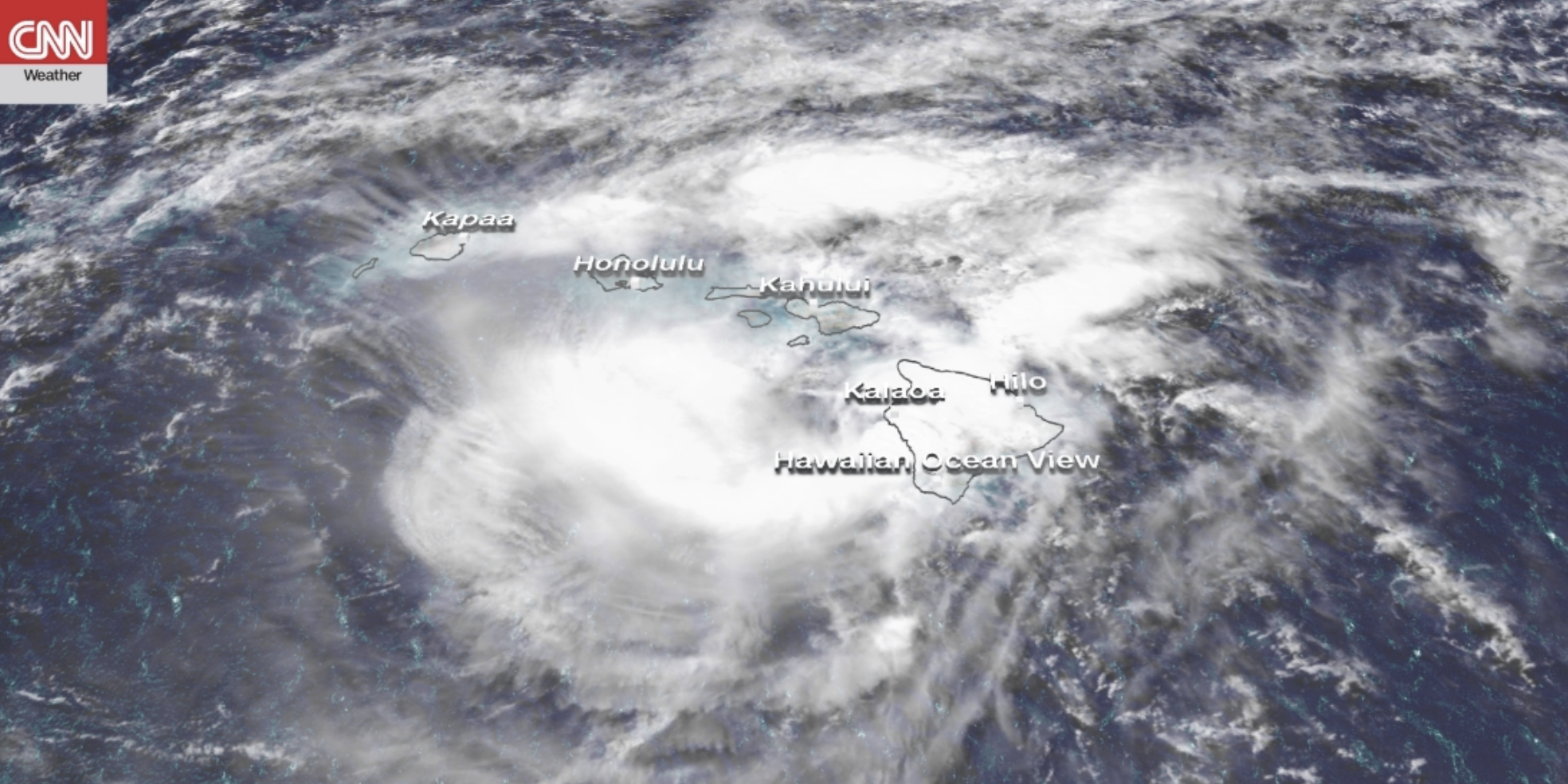 Hurricane Lane has weakened into a Category 1 storm, according to the Central Pacific Hurricane Center.

Lane is expected to weaken to a tropical storm later tonight, but the threat of heavy rainfall and flooding continues.

This was only the second time in recorded history that a Category 5 hurricane came within 350 miles of Hawaii — the first one being Hurricane John in 1994 — the National Weather Service said.

Hawaii residents Joe Morgan and Natasha Truong said they fled their home early Friday after a brush fire broke out near Maui’s resort area of Lahaina.

Morgan said they had preparing for flooding from Hurricane Lane and had not expected to be evacuated because of a fire.

"We arrived at our back up location just to be adverted as the fire spread up the hill," he wrote on Instagram. "We made it safe to an elevated parking garage to spend the night in the car as our cell phone service was out. We are safe and still bracing for the brunt of the hurricane to fill in.”

Morgan and Truong shared this video of the brush fire: 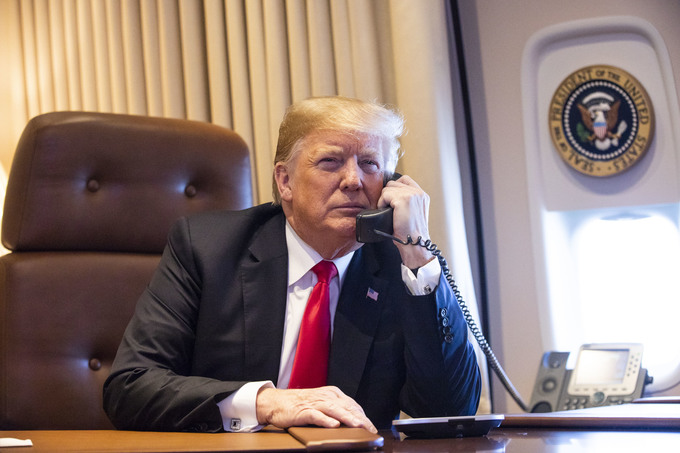 President Trump spoke today with Hawaii Gov. David Ige about response measures and preparations for Hurricane Lane, according to a White House readout of the call.

"The President reiterated that the federal government is fully committed to helping the state in the response and recovery efforts related to Hurricane Lane," the White House said.

Kauai is no longer under a hurricane watch, the Central Pacific Hurricane Center reported Friday.

Instead, a tropical storm watch is in effect for Kauai, where winds could reach up to 57 mph, the hurricane center reported. Officials urged residents to prepare for wind damage.

"Plan for hazardous wind of equivalent tropical storm force due to possible forecast changes in track, size, or intensity," the hurricane center said.

Red Cross and FEMA officials just gave an update on their efforts in Hawaii as the state continues to battle Hurricane Lane.

Here's the latest, by the numbers:

Paul Daniel captured this video on Friday around 7 a.m. Hawaii time (or about 1 p.m. ET).

The clip shows heavy wind and rain in Pepeekeo, on the eastern side of the Big Island.

A second brush fire, separate from the blaze that began overnight in Lahaina, has broken out in Maui, a Maui County spokesperson told CNN.

The second fire is believed to have started Friday morning, near Kannapali in West Maui, said Rod Antone, communications director for Maui County. Further details on the fire were not immediately available.

In Lahaina, more than 100 homes near that brush fire have been evacuated, Antone said.

The causes of fires have not been determined, Antone said. 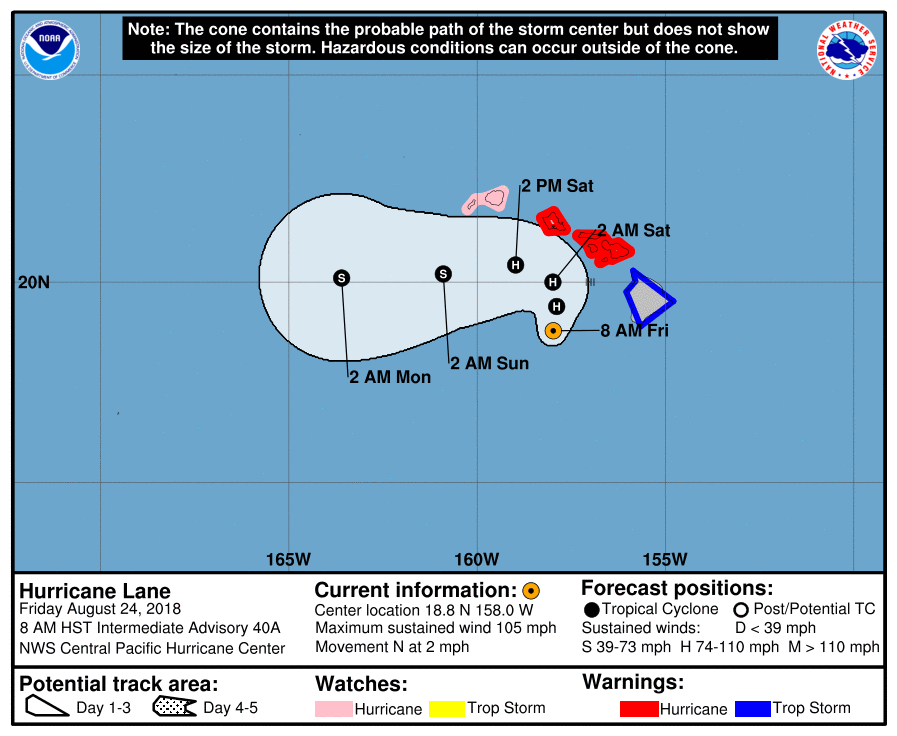 Hurricane Lane is currently about 170 miles south of Honolulu, according to a 2 p.m. ET advisory from the National Oceanic and Atmospheric Administration.

The advisory predicts that Lane will continue traveling northward today before turning west into the ocean tomorrow.