Democratic presidential nominee and former Vice President Joe Biden is calling for "an immediate, full and transparent investigation," into the shooting of Jacob Blake by police officers in Kenosha, Wisconsin.

"These shots pierce the soul of our nation," he says. "Jill and I pray for Jacob’s recovery and for his children."

Biden added that "the officers must be held accountable," and said that "equal justice has not been real for Black Americans and so many others," and notes that the country is at an inflection point.

"We must dismantle systemic racism. It is the urgent task before us. We must fight to honor the ideals laid in the original American promise, which we are yet to attain: That all men and women are created equal, but more importantly that they must be treated equally."

Two officers involved in the Sunday shooting in Kenosha are on leave, according to the Wisconsin Department of Justice's division of criminal investigation, which is leading a probe into the incident.

All officers are cooperating, the department said. Neither officer has been identified.

"DCI is continuing to review evidence and determine the facts of this incident and will turn over investigative reports to a prosecutor following a complete and thorough investigation," the statement said.

Jacob Blake is in critical condition after he was shot by an officer with the Kenosha Police Department in Wisconsin on Sunday.

This video captures the event as it happened. 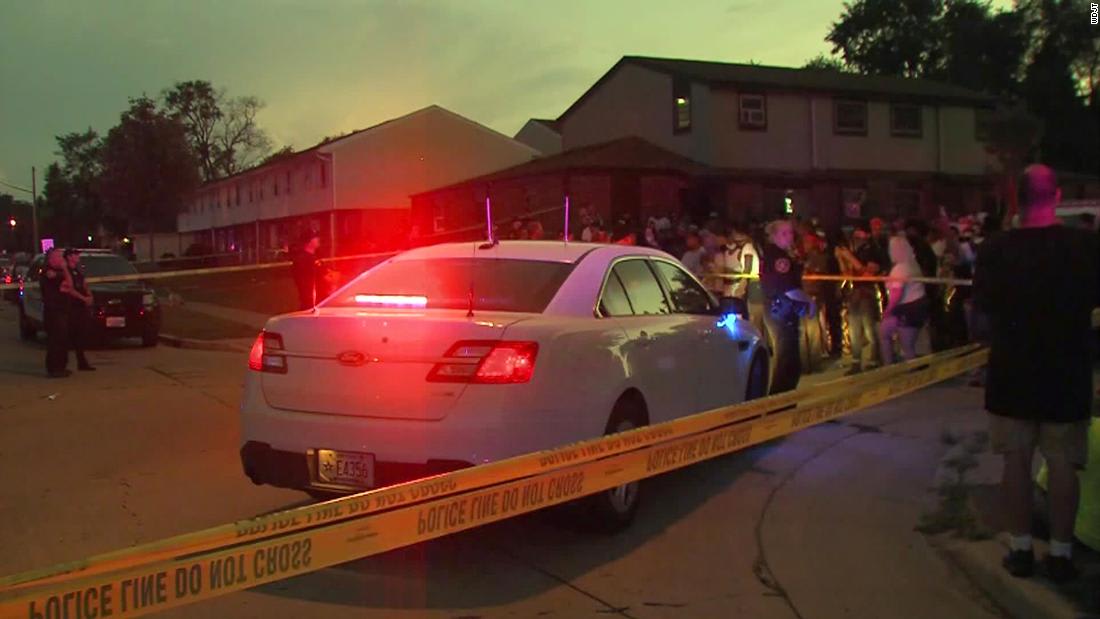 The Wisconsin Department of Justice announced it is investigating yesterday's police shooting in Kenosha.

The Justice Department's Division of Criminal Investigation (DCI) is leading the investigation, the department said in a statement.

"All involved law enforcement are fully cooperating with DCI during this investigation. The involved officers have been placed on administrative leave," the department said.

Justice officials are urging any member of the public with information about the shooting to contact law enforcement,

Following a night of protests in the downtown area of Kenosha, WI, the Kenosha County Courthouse and Administration Building will be closed to the public and no court hearings will be held Monday, the county government reported in a post on Facebook.

Damage from a night of "civil unrest" was listed as the reason for the closure in the post.  Other county services accessible online or by phone will still be available.

Following the police shooting of Jacob Blake, attorney Benjamin Crump told CNN that Blake's family reached out to him for assistance.

Crump said Blake's three young sons were in the car when he was shot.

"They saw a cop shoot their father. They will be traumatized forever. We cannot let officers violate their duty to PROTECT us. Our kids deserve better!!" Crump said in a post on Twitter.

Evers said Blake was critically injured when he was shot multiple times.

He released this statement soon after the shooting:

"Tonight, Jacob Blake was shot in the back multiple times, in broad daylight, in Kenosha, Wisconsin. Kathy and I join his family, friends, and neighbors in hoping earnestly that he will not succumb to his injuries. While we do not have all of the details yet, what we know for certain is that he is not the first Black man or person to have been shot or injured or mercilessly killed at the hands of individuals in law enforcement in our state or our country," Evers said in his statement.

A Black man in Kenosha, Wisconsin, was shot by police Sunday afternoon.

A graphic video purported to be of the shooting and posted on Facebook, shows at least two police officers following the man with guns drawn as he walks from the passenger side of a gray vehicle to the driver's side. When the man opens the door of the vehicle and tries to get in, one of the officers is seen grabbing him by the T-shirt. The officer points his gun at the man as he holds on to the man's T-shirt. At least seven gunshots are heard, and the man appears to go limp in the vehicle, the car horn blaring.

Police said they were called to the address to deal with a domestic disturbance, but it is unclear who called or what happened before the video recording began.

Wisconsin Gov. Tony Evers identified the victim as Jacob Blake in a statement released shortly after the incident occurred. Evers said Blake was critically injured when he was shot multiple times.

Attorney Benjamin Crump told CNN that Blake's family reached out to him for assistance. Crump said Blake's three young sons were in the car when he was shot.