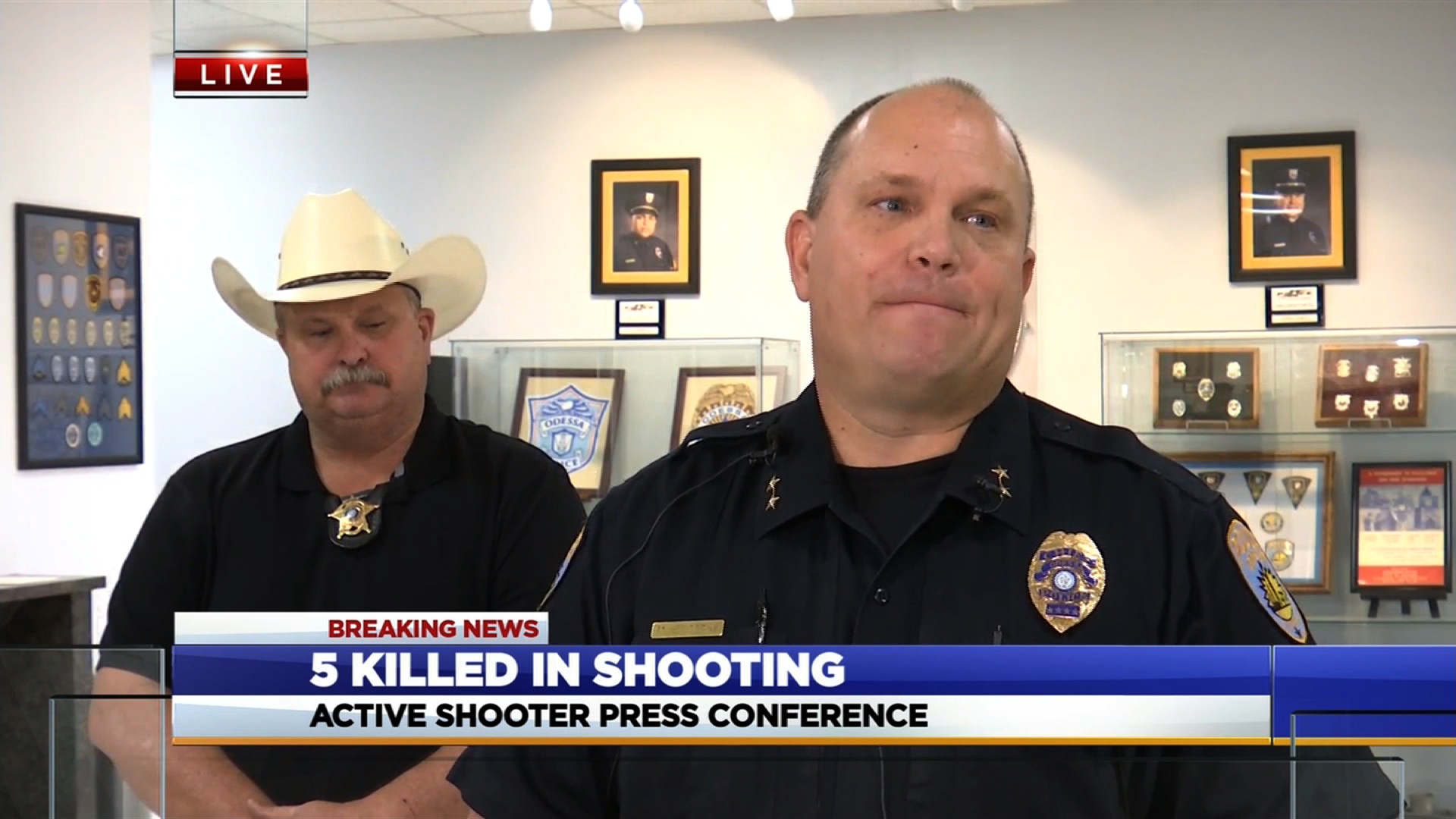 Odessa Police Chief Michael Gerke said the suspect of the Midland-Odessa shootings was a white male in his mid-30s.

The incident began at 3:17 p.m. CDT, when a Department of Public Safety officer attempted to make a traffic stop on a gold Honda, Gerke said. When the vehicle came to a stop, the occupant shot the officer.

The vehicle drove westbound into Odessa, where another person was shot. The suspect continued through Odessa to 42nd Street, where Gerke said "there were multiple victims."

The suspect abandoned his vehicle and stole a USPS mail truck, Gerke said. There were other victims after that, he added.

The suspect then drove eastbound toward the Cinergy movie theater, where he and officers exchanged fire. The suspect was fatally shot in the exchange, Gerke said.

Hear more from the police:

Witness Alex Woods recorded a video outside of the Cinergy movie theater, where police shot and killed a suspect. A barrage of gunshots can be heard on the recording.

At least five people are dead and 21 are injured after the Midland-Odessa shootings, according to Odessa Police Chief Michael Gerke. 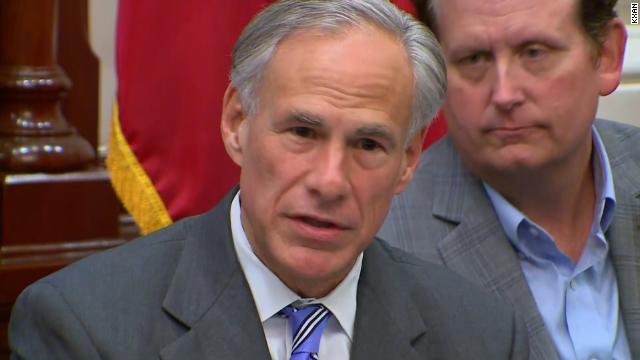 "The First Lady and I are heartbroken over this senseless and cowardly attack, and we offer our unwavering support to the victims, their families, and all the people of Midland and Odessa. The state of Texas and the Department of Public Safety are working closely with local law enforcement to provide resources as needed and deliver justice for this heinous attack. I thank the first responders who have acted swiftly and admirably under pressure, and I want to remind all Texans that we will not allow the Lone Star State to be overrun by hatred and violence. We will unite, as Texans always do, to respond to this tragedy.”

Abbott will be traveling to Odessa Sunday morning.

The Midland office is a satellite of the FBI’s El Paso division.

A witness inside a restaurant on 42nd Street in Odessa filmed officers in tactical gear preparing to respond to the shootings.

Midland Memorial Hospital is currently on lockdown, and treating patients following the shooting in Odessa and Midland, according to a post on their Facebook page.

Midland Mayor Jerry Morales said one person was killed and 21 others injured in Saturday's shootings in the Midland-Odessa area.

Two officers were also injured in the shootings, Morales said.

“We are hoping that this was just one shooter and we have contained him,” Morales told CNN.

President Donald Trump tweeted that he has been briefed on the shootings by Attorney General William Barr.