Our live coverage has ended for the day. Read more here for the latest updates.

Our live coverage has ended. Go here for the latest updates.

He warned that anyone making false threats will be apprehended.

"If you make a threat, we're going to investigate it even if it's not credible and even if you don't plan the carry it out. And if we find you — and we will find you — we will prosecute you to the fullest extent of the law, and one of the possible penalties is up to 20 years. So it's not funny. It's not a way to get out of school. It's a crime. And you're hurting an already struggling community," he said.

Oakland County Sheriff Michael Bouchard said that the individual who officials believe assisted James and Jennifer Crumbley in hiding from authorities in an industrial building in Detroit will face “potential charges for either aiding and abetting or obstruction of justice" as determined by Oakland County Prosecutor Karen McDonald in the near future.

"We believe they were assisted in that location to get there, to get in. And we're gathering that information and we're going to have the totality of that done fairly soon," Bouchard said about the couple, the parents of the Oxford High School shooting suspect.

"Given that they were hiding in a warehouse in Detroit, it certainly raises my eyebrows," he added.

"They are segregated, each individually in isolation. We have advanced watch on them," Bouchard said.

Bouchard thanked the Detroit Police Department in its assistance in locating the parents, Jennifer and James Crumbley, in the city early Saturday morning. They were found in a commercial building after a tip was forwarded to police, officials said.

James and Jennifer Crumbley were arraigned on Saturday, following their early morning arrest after police found them in a Detroit industrial building. The Crumbleys did not show up for an arraignment on Friday.

Their 15-year-old son is jailed on suspicion of killing four schoolmates and wounding seven other people at the high school on Tuesday.

A law enforcement official tells CNN the Detroit Police Department has identified a person considered to be a person of interest after they were seen in surveillance footage “aiding and abetting” then-fugitives James and Jennifer Crumbley as they hid out in the industrial building where they were found by police early Saturday.

The unknown person was seen guiding the Crumbleys, the parents of Oxford High School shooting suspect Ethan Crumbley, as they parked their vehicle in the back of the building where the pair was eventually found, the law enforcement official said.
Surveillance footage also shows the Crumbleys entering the building during daylight hours, the official said.

The law enforcement official tells CNN that it was at this same building where a 911 caller spotted Jennifer Crumbley on the sidewalk outside of the structure “visibly distressed.”

The Crumbleys were later found locked inside an art studio that was located on the third floor of the building, the official said.

They were charged with involuntary manslaughter over the shooting their 15-year-old son Ethan is accused of carrying out at the Michigan high school. They pleaded not guilty to all charges during an arraignment Saturday.

The parents of the suspect in a shooting at Oxford High School in Michigan that left four students dead this week are facing involuntary manslaughter charges in those deaths.

Legal experts were quick to point out that such charges are far from the norm — it is James and Jennifer Crumbley's 15-year-old son, Ethan, who is accused of pulling the trigger and killing four of his fellow high school students.

The Crumbleys pleaded not guilty to the charges Saturday during an arraignment.

"It's exceptionally unusual," said Cassandra Crifasi, deputy director of Johns Hopkins Center for Gun Violence and Research. "We rarely hold people accountable for giving someone a gun who shouldn't have one."

But it's the alleged egregiousness of the couple's behavior that appears to have led to the charges.

"These are extraordinary charges," said CNN legal analyst Areva Martin. "We know that prosecutors have been reluctant to charge parents in these school shooting cases, even though in some cases, like the Crumbley cases today, parents seem to have some responsibility."

Their defense attorneys will have to "show that these parents acted responsibly," Martin said, adding it is "an uphill battle for this defense team."

There are no safe gun storage laws in Michigan, the prosecutor said. "We are not legally required to store your weapon in a safe manner," she said.

That could be a stumbling point for the prosecution, Charles Coleman Jr., a former prosecutor, told CNN's Jake Tapper.

"Quite frankly, I don't think that the prosecution is going to have a strong case with them regarding any of the gun possession laws in and of themselves, at least not against the parents," he said.

But because the involuntary charges don't require intent, "I think the prosecution stands to make some ground and get some traction," with those charges, Coleman said. 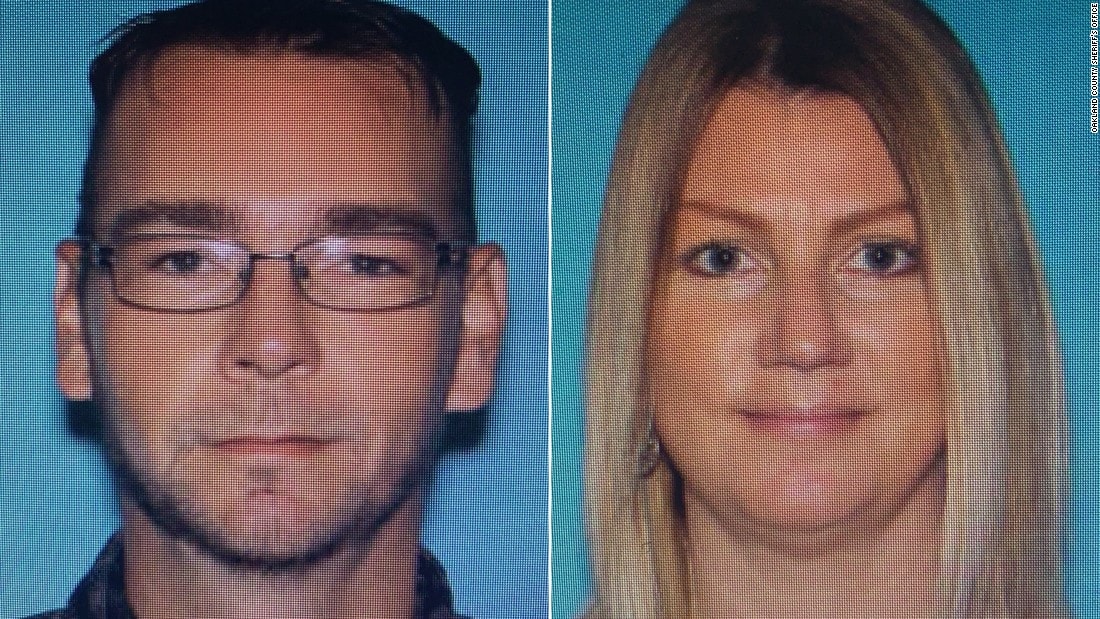 During the arraignment for James and Jennifer Crumbley, the parents of the Michigan high school shooting suspect, Oakland County prosecutor Karen McDonald refuted the idea that they were planning on turning themselves in to authorities.

“This is a very serious, horrible, terrible murder and shooting, and it has affected the entire community, and these two individuals could have stopped it," McDonald said.

"They had every reason to know that he was dangerous, and they gave him a weapon and they didn’t secure it and they allowed him free access to it," she said.

McDonald addressed the defense attorneys' claims that their clients had every intent to turn themselves in, but they could not get in touch with the prosecutor's office. She also brought up that the Crumbleys withdrew $4,000 from an ATM on Friday.

"These are not people that we can be assured will return to court on their own," she said.

"I can't imagine why they were surprised. The whole country knew that these charges were coming," McDonald later added.

"To suggest that anyone is somehow using this incident to create press, there's a lot of attention here — because four children were murdered and seven others were injured. And that is on the mind of every single person in this country," she said.

The Crumbleys pleaded not guilty after being charged with four counts of involuntary manslaughter over the shooting their 15-year-old son Ethan is accused of carrying out at Oxford High School. They were arrested early this morning after police found them in a building in Detroit.

During this morning’s arraignment for James and Jennifer Crumbley, the parents of the Michigan school shooting suspect, an attorney told the court she repeatedly tried to get in contact with the Oakland County prosecutor and that her clients weren’t evading law enforcement and were planning to turn themselves in.

“Last night and throughout the day, we were in contact with our clients — they were scared, they were terrified, they were not at home, they were figuring out what to do, getting finances in order," attorney Shannon Smith said.

The Crumbleys, who were charged with four counts of involuntary manslaughter over the shooting their 15-year-old son Ethan is accused of carrying out at Oxford High School, were found early this morning in a building in Detroit and arrested after police conducted a manhunt following the couple's failure to appear for a Friday arraignment.

"Our plan was to drive to the Novi district court this morning, because arraignments were supposed to start at 8:30 [a.m. ET] for any county arraignment, and we had plans to meet them at 7:30, to text the Fugitive Apprehension Team to get to the court by 8:30 so they could be arraigned first thing. Those were plans we made and solidified, and we did not announce it because unlike the prosecution, we weren't attempting to make this a media spectacle," Smith said.

“This case is absolutely the saddest, most tragic, worst case imaginable, there is absolutely no doubt. But our clients were absolutely going to turn themselves in – it was just a matter of logistics and all the prosecution had to do was communicate with me about it, and we tried multiple times,” Smith added.

"They are devastated by the events in the Oxford incident. This is not something that's being taken lightly by them or us," Lehman said during the arraignment.

"Mr. Crumbley, as with Mrs. Crumbley, is not a flight risk, he is not a danger to the community. There's no risk that they're going to flee prosecution. They were never fleeing prosecution," she added.