Our live coverage has ended. Read more about the verdict here.

Singer R. Kelly did not have any reaction to the verdict when it was read in court and according to his attorney, Kelly was not expecting this verdict.

Moments after the verdict was read, Kelly’s attorney Deveraux Cannick said outside of court that the government “cherry-picked” evidence to support its narrative.

Cannick continued, “Why would he expect this verdict given all the inconsistencies that we saw.”

The jury was made up of seven men and five women. The began deliberating on Friday afternoon and continued today before returning their verdict.

Throughout the trial, the jurors were the only members of the public allowed inside the court room — an unusual move for a trial of this magnitude. The public and media had been unable to watch in person, and instead, those who wanted to watch the proceedings were funneled into overflow courtrooms on a different floor.

Jurors were shown key audio and video evidence that no one else was able to see: Journalists and the public could not raise their objections with the judge as prosecutors began showing the evidence to the jurors, who were wearing headphones.

The recordings — which US District Judge Ann Donnelly described in court as "somewhat upsetting" — were shown to jurors on Sept. 15. The public could not see jurors' reactions to them and did not know what they contained, aside from two recordings discussed in a Sept. 14 filing from prosecutors.

Fifty prosecution and defense witnesses took the stand during the five-week trial, including victims who were identified as "Jane Does" in Kelly's indictments. There were 45 prosecution witnesses.

Jurors heard from multiple witnesses who were present at her marriage to Kelly on August 31, 1994, when he was 27 and she was 15. Prosecutors showed copies of the couple's marriage license application, which listed Aaliyah's age as 18 at the time of their wedding, as well as their marriage license and marriage certification.

Kelly's former tour manager, Demetrius Smith, testified reluctantly that he bribed a worker at a welfare office in the Chicago area to create a welfare ID for Aaliyah.

"I made her (the welfare office worker) an offer and she took the money," Smith testified. "I gave her $500."

While the ID did not list Aaliyah's date of birth, an Illinois official testified on September 15 that, generally, a person has to be at least 18 to obtain that particular type of ID.

Nathan Edmond, a minister who married the two, spoke publicly for the first time about the marriage while testifying Sept. 1 said he met the couple the day he married them.

"I didn't think it was anybody special. I didn't understand it at all," Edmond testified.

Jurors also heard from a woman who identified herself only as Stephanie, who said she met Kelly at an event in Chicago in 1999 when she was 17, and that he eventually invited her to his studio.

"I remember him asking me my age," Stephanie testified. "When I said I was 17, he said it was fine."

Stephanie testified that Kelly sexually abused her when she was 17, and recorded them having sex. He paid for her travel to Florida to meet him on her 18th birthday and she stopped speaking with him shortly after the trip. She described fearing his angry outbursts, saying he would yell at her in public places.

A former radio intern who identified herself as Sonja testified that Kelly invited her to travel to Chicago to interview him at his studio in 2003 when she was 21 and that once she arrived, an employee put her in a room that Sonja quickly realized was "locked from the outside." She said she was kept in the room for several days, occasionally let out to go to the bathroom and shower.

"The door was locked. I wanted to get out," Sonja testified.

Sonja testified she lost consciousness after eating her first meal in days and saw Kelly adjusting his pants when she woke up. She testified that she believed he sexually assaulted her when she was unconscious.

"I was sexually assaulted," Sonja testified. "There was something in me that wasn't wanted."

Read more about how the trial unfolded here.

R&B singer R. Kelly will be sentenced on May 4 in connection with racketeering and sex trafficking charges.

A jury, made up of seven men and five women, found him guilty today in federal court. They began deliberating on Friday afternoon.

An attorney for Kelly said the attorney is considering filing an appeal and is disappointed in the verdict.

R&B singer R. Kelly has been convicted of racketeering and sex trafficking charges by a federal jury in Brooklyn, New York.

In this federal case in the Eastern District of New York, Kelly faced a total of nine counts — one count of racketeering, with 14 underlying acts that included sexual exploitation of a child, kidnapping, bribery, and sex trafficking charges and also faced eight additional counts of violations of the Mann Act, a sex trafficking law.

The jury, made up of seven men and five women, began deliberating on Friday afternoon.

In all, Kelly could face decades in prison at sentencing.

The verdict comes 13 years after Kelly, whose full name is Robert Sylvester Kelly, was acquitted of child pornography charges at an Illinois state trial.

Jurors have reached a verdict in the trial against R&B singer R. Kelly. The verdict is expected to be read soon.

Kelly has been on trial in New York for one count of racketeering, with 14 underlying acts that included sexual exploitation of a child, kidnapping, bribery, and sex trafficking charges. He was also charged with eight additional counts of violations of the Mann Act, a sex trafficking law.

The jury, made up of seven men and five women, began deliberating on Friday of last week.

In all, Kelly could face decades in prison if found guilty.

The verdict comes 13 years after Kelly, whose full name is Robert Sylvester Kelly, was acquitted of child pornography charges at an Illinois state trial.

Accusations of abuse, manipulation and inappropriate encounters with girls and young women have been around — and vehemently denied — by R&B singer R. Kelly for decades. 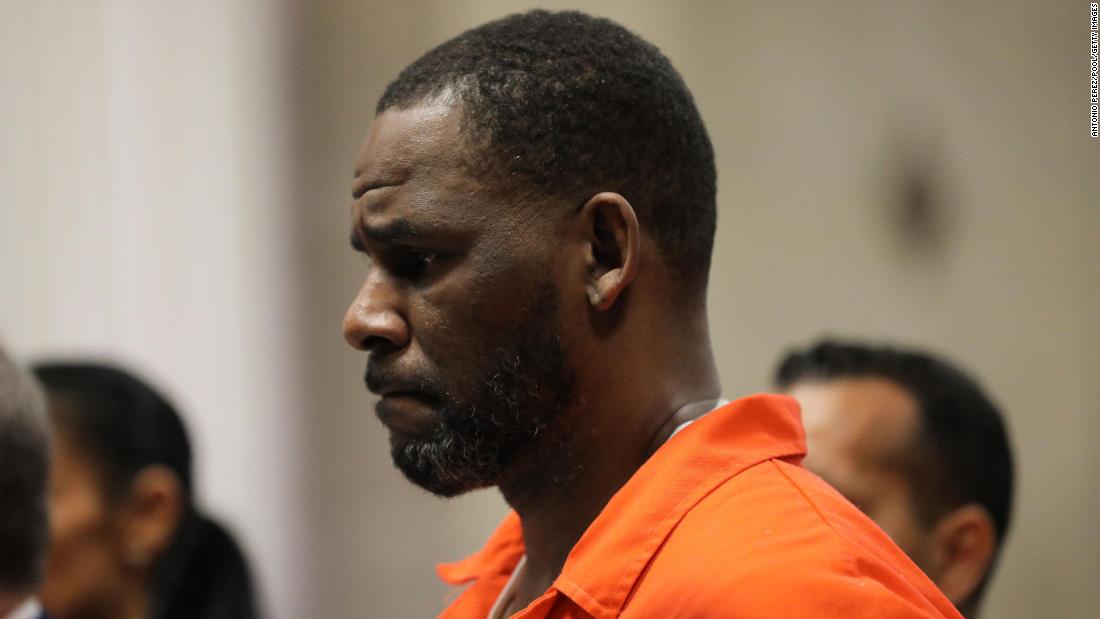 A timeline of the case against R. Kelly