More than a dozen tornadoes touch down in a day

Our live coverage has ended. Go here for the latest weather from this region.

First responders near Edmond, Oklahoma, just rescued a woman who was precariously clinging to a tree in rushing waters.

One rescuer waded out with a rope and attached it to the woman, while two others pulled her out of the water and helped her into a truck.

She appears to be safe now.

See photos of the dramatic rescue:

Aerial video from CNN affiliate KOCO is showing swift water rescue teams out and about in El Reno, Oklahoma.

Flooding is closing streets across Tulsa as the city is inundated with rainwater. To make sure that drivers don't try and risk it, officials have barricaded the roadways.

El Reno, Oklahoma, is dealing with major flooding, according to Andrew Skidmore, the emergency management director of Canadian County.

Skidmore told CNN that people have evacuated from their homes, and a shelter has been se up. Flooding is widespread across country roads and major highways, and interstate I-40 is flooded throughout Canadian County, according to Skidmore. 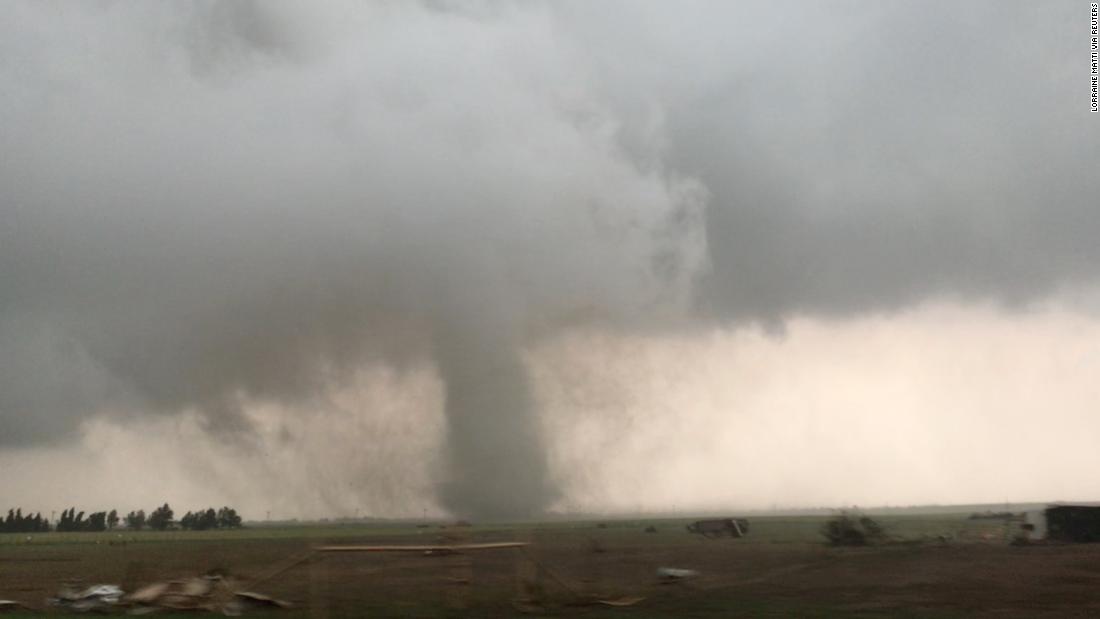 Severe thunderstorms will drench and flood parts of Oklahoma Tuesday, following on the heels of a series of tornadoes that touched down in that state and others.

At least 19 tornadoes swept through central Oklahoma, Texas, Missouri and Arkansas Monday, carrying warnings of "considerable" damage to homes, businesses and vehicles with the possibility of "complete destruction."

Oklahoma, Missouri and Arkansas were still under a tornado watch early Tuesday, with the National Weather Service warning of "flying debris" which could be dangerous to those caught without shelter.

The Oklahoma Department of Emergency Management issued a weather update Monday at 7:30 p.m. Central Time with the following highlights:

Additional flooding is expected through the evening and overnight. Drivers are reminded not to drive around barricades or into flooded roadways.

Tornado warnings carrying urgent instructions are in effect in the following parts of Texas:

From the National Weather Service:

You are in a life-threatening situation. Flying debris may be deadly to those caught without shelter. Mobile homes will be destroyed. Considerable damage to homes, businesses, and vehicles is likely and complete destruction is possible.