The director of the US Centers for Disease Control and Prevention warned a second wave of the coronavirus this year could be worse because it will coincide with flu season.

“There’s a possibility that the assault of the virus on our nation next winter will actually be even more difficult than the one we just went through,” CDC Director Dr. Robert Redfield said in an interview with The Washington Post.

“And when I’ve said this to others, they kind of put their head back, they don’t understand what I mean.”

Redfield told the Post that having two respiratory outbreaks would burden the health care system.

Redfield has warned previously that the United States will feel the impact of the virus in months and years ahead, saying during an interview with CNN Chief Medical Correspondent Dr. Sanjay Gupta in February the virus “is probably with us beyond this season, beyond this year.”

During a CNN coronavirus town hall in April, Redfield said next year “will be another challenging time,” adding “I want to be able to have it so that we respond to it next year with the fundamental of public health — early case identification, isolation, contact tracing,” in order to avoid serious mitigation steps.

Medical device company Abbott Laboratories has warned that its rapid coronavirus test can produce false negatives if the specimens tested are first stored in what are called viral transport media, which are special solutions used to move or store specimens.

Abbott instructed health care providers last week not to use such solutions for patient samples tested on the company’s rapid ID NOW device. False negative results suggest patients are not infected when in fact they are.

The guidance came more than two weeks after the Food and Drug Administration issued emergency authorization for the test and after President Trump touted the rapid Abbott system at a Rose Garden news conference.

Clinical pathologists and lab scientists at the Cleveland Clinic found that the ID NOW test only detected coronavirus in 84.4% of specimens known to contain the virus, which was a lower rate than four other tests the researchers assessed, a spokesperson for the Ohio-based medical center said. NPR first reported that assessment Tuesday.

An issue of volume: Because Abbot’s ID NOW testing machine only processes one test at a time, labs might have used the transport media to store the test samples until they can be processed.

The company now advises its customers to place swabs containing patient samples directly in the ID NOW system for testing.

“When the direct swab method is used, the test is performing as expected and we are confident in its performance,” the Abbott spokesperson said, adding that when the company learned about the issue it immediately notified its customers and communicated with the FDA.

Detroit is planning to test every nursing home resident in the city, Mayor Mike Duggan said at a news conference on Tuesday.

Duggan said the city is two-thirds of the way through testing every nursing home, and they will be done with the testing by Thursday.

"The Health Department did a really good job of getting to the problem nursing homes first, and getting help there," he said.

The rate of positive testing, which had been about 30%, has now dropped to 26%, according to the Mayor.

Duggan also discussed nursing home deaths in the city, saying, "We are showing now 124 deaths in nursing homes. I am sure that number is dramatically understated when the data starts to catch up."

Speaking at the same news conference, Detroit Chief Public Health Officer Denise Fair said clinicians from the Centers for Disease Control and Prevention had been sent to help the Health Department fight Covid-19.

Four CDC clinicians will be in Detroit for the next two weeks helping the Health Department with skilled nursing facilities, assisted home facilities, and nursing home strategy. They will also develop a plan for testing and screening, perform sight visits, and provide training, according to Fair.

The Senate just approved a roughly $480 billion relief package that includes hundreds of billions of dollars in new funding for small businesses hurt by the coronavirus outbreak along with other priorities like money for hospitals and expanded Covid-19 testing.

The measure passed by voice vote, a move that gave lawmakers the opportunity to approve the deal without most senators needing to return to Washington, DC, during the pandemic.

After the Senate convened at 4 p.m. and ahead of the vote, a handful of senators, Republicans and Democrats, spoke on the floor to debate the deal. Republican Sen. Rand Paul criticized the deal.

“I rise in opposition to spending $500 billion more. The virus bailouts have already cost over $2 trillion. Our annual deficit this year will approach $4 trillion. We can’t continue on this course. No amount of bailout dollars will stimulate an economy that is being strangled by quarantine. It is not a lack of money that plagues us, but a lack of commerce. This economic calamity only resolves when we begin to re-open the economy," he said.

Paul said that he understands that it would have been hard for many senators to return during a pandemic and for that reason he did “not invoke the Senate rules to demand a recorded vote,” but added, “I did return today though so that history would record that not everyone gave in to the massive debt Congress is creating.”

Republican Sen. Mike Lee was critical of the process for passing the bill, arguing that if Congress is going to legislate during the pandemic, members should return to Washington.

The total price tag of the bill is approximately $484 billion. It will authorize the Paycheck Protection Program to spend an additional $310 billion. The deal appropriates roughly $320 billion in total for the program.

The program was set up to deliver aid to small businesses struggling from the economic deep freeze triggered by the pandemic. Funding for the program ran dry earlier this month, prompting concern and outcry from the small business community. The deal will also provide $75 billion for hospitals and health care providers stretched thin by the pandemic to address coronavirus expenses and lost revenue and an additional $25 billion to facilitate and expand Covid-19 testing.

It will next need to be passed by the House before it can go to the President’s desk. Trump tweeted in support of the deal earlier in the day, indicating that he will sign it.

Members of the Covid-19 task force appointed by Georgia Gov. Brian Kemp said they did not know about his intentions to start reopening businesses ahead of his televised announcement Monday afternoon.

On a Facebook video, Bernice King, co-chair of the task force, said she found out about the governor's intention via text message from a friend.

"To be clear, neither I nor any member of the committee that I co-chair, the community outreach committee of Governor Kemp's coronavirus task force was consulted or informed regarding the reopening of the venues and facilities that are listed in the executive order that he signed on today [Monday]," said King, CEO of the King Center and daughter of Martin Luther King, Jr.

King said she had expressed her concerns to the governor following the announcement and would be making the determination to stay or leave the task force based on his answers.

Leo Smith, co-chair of the task force, said he told Kemp's aides he would've "preferred a heads up," according to the Atlanta Journal-Constitution.

State Rep. Clay Pirkle, another member of the Covid-19 task force, told the AJC "it wasn't a big deal."

"Our role on that committee is advisory in nature, and the advice comes from us to him," Pirkle said. 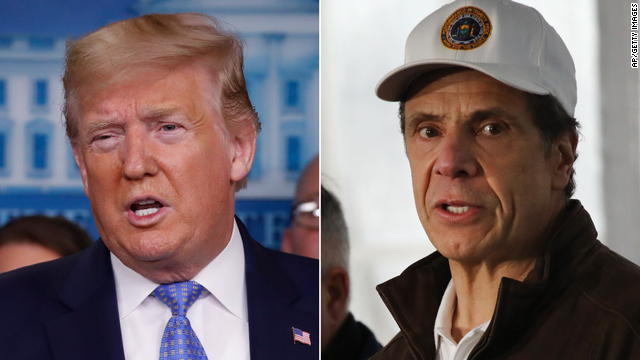