The percent of health care workers in New York City and Westchester County who tested positive was actually about half of the general population, he said. In Long Island, the numbers were nearly the same.

“That is amazingly good news,” Cuomo said. “…We were afraid of what was going to happen, and the health care workers actually are at about the same or lower than the general population in that area.”

Cuomo says there are two points out of these findings:

New York City could limit the number of people that go into parks as the weather gets warmer to help with social distancing, Mayor Bill de Blasio said during his morning Covid-19 presser.

The mayor said he has been having discussions with New York Police Department Commissioner Dermot Shea to see how limiting park goers could work to prevent overcrowding which can happen quickly.

He said he expects to discuss this more tomorrow. 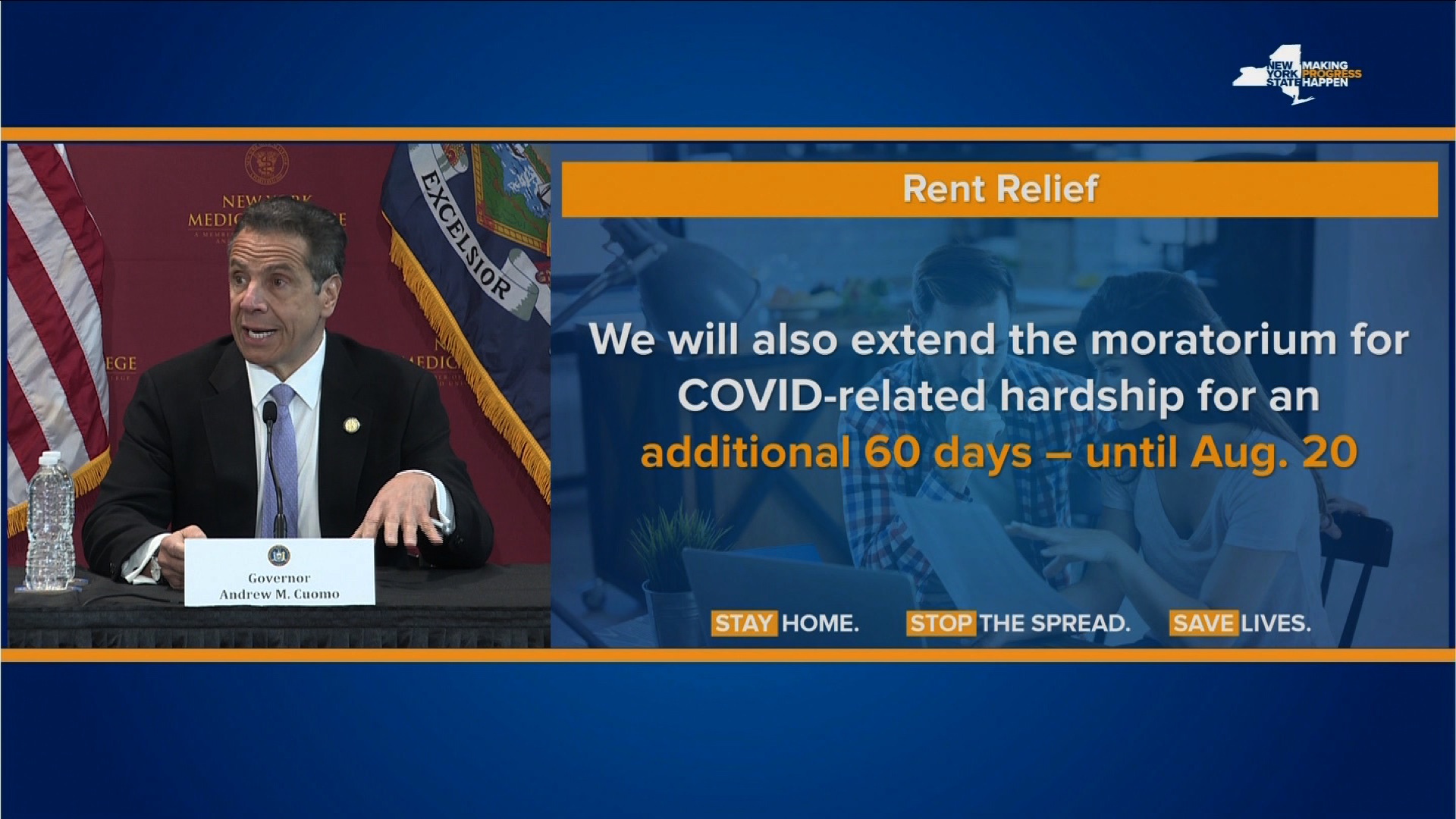 He extended a ban on evictions due to non-payment of rent for both commercial and residential tenants until Aug. 20. Previously, he issued a moratorium on evictions until June.

"It's not that the bill collectors have taken a vacation," Cuomo said.

The governor also said he is banning late fees on rent, and he's allowing tenants to use their security deposit as a rent payment.

Cuomo said the death toll is decreasing, but slowly.

"You can see how slow that has come down and how painfully high it still is," he said.

Dr. Francis Collins, Director for the National Institutes of Health (NIH), said the race to ramp up testing across the United States will be “a wild ride.”

Speaking today to the Senate Health, Education Labor and Pensions Committee about new ideas for defeating coronavirus, Collins said, last week NIH announced a program called Rapid Acceleration of Diagnostic (RADx), “the goal of RADx is to help make millions more accurate and easy to use tests per week available to all Americans by the end of summer, and even more in time for the flu season,” Collins said.

Since it announcement last week, Collins said he is “delighted and somewhat astounded” that as of yesterday afternoon, “there were 1,087 applications initiated, 79 of those already complete.”

“In 27 years at NIH, I have honestly never seen anything move this quickly. The expert review team already in place has identified 20 of these completed applications that are ready to move into that first phase of intense scrutiny and the game is on, and it's going to be a wild ride,” he said.

Collins warned, the goal of RADx “is a stretch goal that goes well beyond what most experts think will be possible. I have encountered some stunned expressions, when describing these goals and this timetable.”

“The scientific and logistical challenges are truly daunting, but I remain optimistic because of the track record of American ingenuity and the outpouring that has already happened, of great ideas coming into this Shark Tank,” Collins said.

Japan has approved the use of the experimental anti-viral drug remdesivir, for the treatment of coronavirus patients with severe symptoms.

About the drug: Researchers in the US released some good news last week about a possible treatment for coronavirus — evidence that the experimental drug may help patients recover more quickly from the infection.

The US Food and Drug Administration has authorized remdesivir for emergency use in patients with severe Covid-19.

The Japanese Ministry of Health and Welfare granted special approval of the drug, developed by the US's Gilead Pharmaceutical, just three days after it applied for approval.

A member of the US Navy who serves as one of President Trump's personal valets has tested positive for coronavirus, CNN has learned Thursday, raising concerns about the President's possible exposure to the virus.

The valets are members of an elite military unit dedicated to the White House and often work very close to the President and his family.

Trump was upset when he was informed yesterday that the valet had tested positive, a source told CNN, and he was subsequently tested again by the White House physician.

In a statement, the White House confirmed that one of the President's valets had tested positive.

"We were recently notified by the White House Medical Unit that a member of the United States Military, who works on the White House campus, has tested positive for Coronavirus," deputy White House press secretary Hogan Gidley said in a statement. "The President and the Vice President have since tested negative for the virus and they remain in great health."

A White House source said the valet, a man who has not been identified, exhibited "symptoms" yesterday morning, and said the news that someone close to Trump had tested positive for coronavirus was "hitting the fan" in the West Wing.

Trump, Vice President Mike Pence and the senior staffers who regularly interact with them are still being tested weekly for coronavirus, two people familiar told CNN.

The number of people that were admitted into the hospital for Covid-19 as of Tuesday are down, New York City Mayor Bill de Blasio said.

At least 79 people were admitted to hospitals. That number is down from 109 reported Monday, the mayor said.

At least 567 people were admitted into ICUs for Covid-19 treatment across the city and that number is down from the 599 reported on Monday.